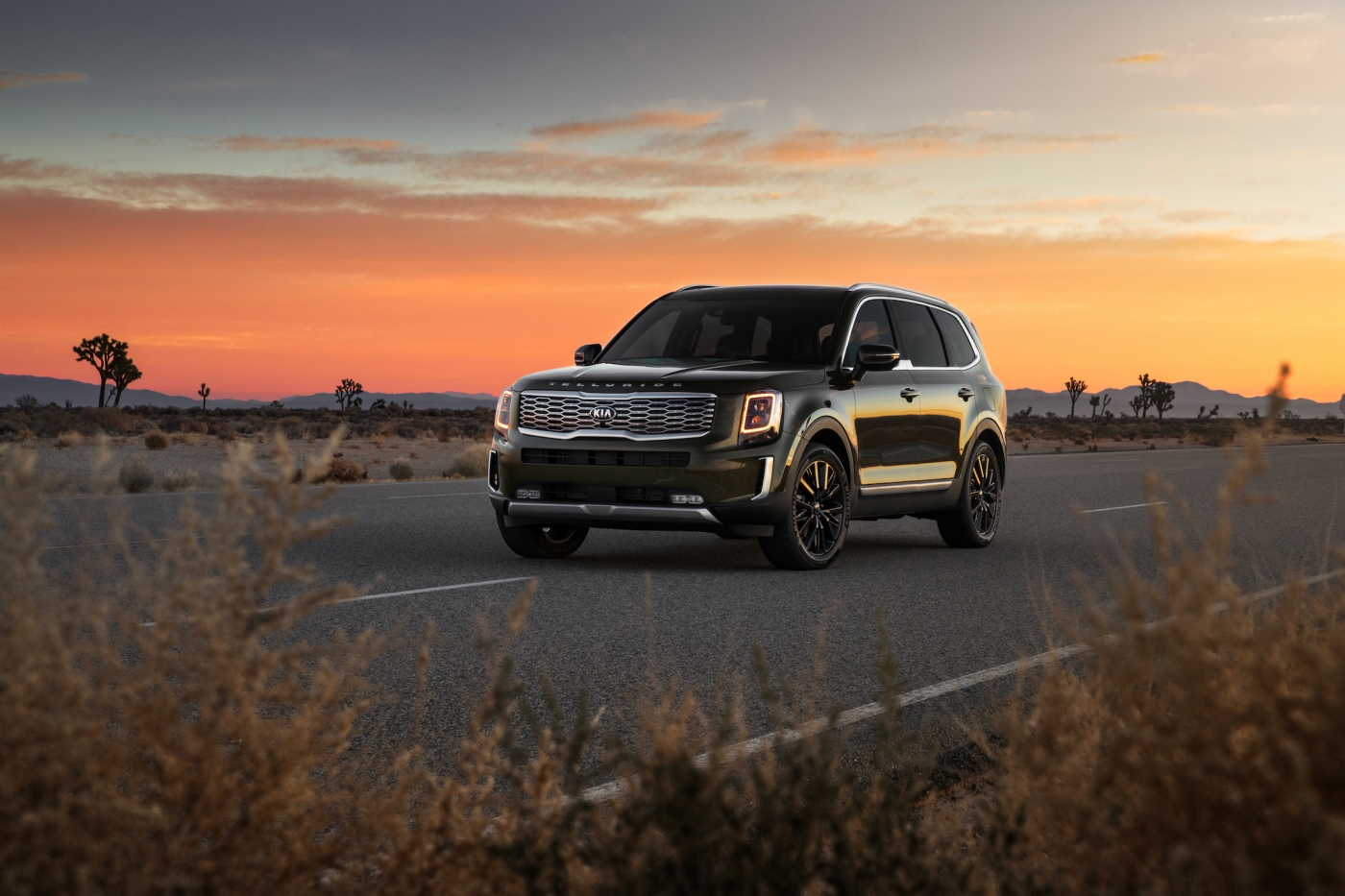 The last time Kia launched a midsize three-row SUV, the 2009 Kia Borrego, the company’s timing couldn’t have been less fortunate. Arriving in late 2008, the body-on-frame Borrego was available with a V8 engine. With base prices from $26,245 to $37,995, the Borrego was a well-equipped, attractive SUV, designed to compete with the Ford Explorer, Nissan Pathfinder, Toyota 4Runner and other popular SUVs. And it flopped. While Kia was launching the Borrego, fuel prices were spiking, reaching over $5 per gallon in some parts of the country. The US banking system was headed toward collapse, taking the auto industry with it and leading to bailouts and a prolonged recession. “Right SUV, wrong time” was the refrain in Borrego reviews, and the big SUV disappeared from Kia lineup after just one year.

A decade-plus later, and Kia’s ready to try the mid-size three-row SUV class again. This time, it’s the 2020 Kia Telluride, and the timing is much better – and the vehicle is very different. 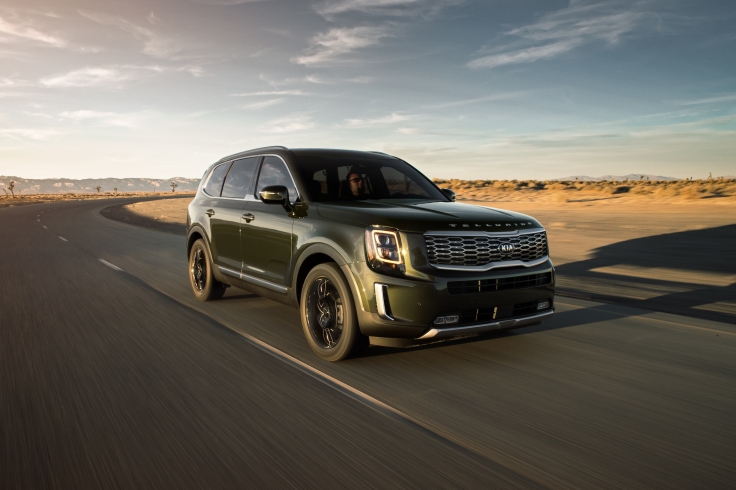 Even the name gives a hint toward Kia’s status in the automotive industry and toward its aspirations for the new vehicle. “Borrego” was inspired by the Anza-Borrego Desert, a region in Southern California near San Diego, best-known for the ecological disaster area, Salton Sea, which sits at an elevation of 15 feet above sea level. Telluride is a playground for the rich and famous in Colorado, perched at a lofty 8,750 feet above sea level.

Beyond their shared seating capacity and SUV category, Telluride and Borrego share few common characteristics. Where Borrego rode on a body-on-frame platform with a rear-wheel drive/four-wheel drive powertrain, Telluride is a unibody (frameless) crossover SUV with a front-wheel drive/all-wheel drive powertrain. Borrego came with a choice of 3.6-liter V6 or 4.6-liter V8 engines and 6-speed automatic transmissions, and was rated to achieve 17 – 18 mpg combined. Telluride uses a 3.8-liter gasoline direct injection engine with an 8-speed automatic transmission, and gets EPA fuel economy ratings of 20 mpg city/26 mpg highway/23 mpg combined (FWD), 19 mpg city/24 mpg highway/21 mpg combined (AWD). Borrego’s V6 produced 276 hp and 267 lb-ft of torque, while Telluride’s V6 is tuned to put out 291 hp and 262 lb-ft of torque. Borrego weighed in at 4,248 – 4,621 lbs (depending on configuration), while Telluride weighs between 4,112 lbs and 4,482 lbs.

Enough with the Borrego comparisons.

Telluride is a good-looking SUV with great presence, and an outstanding face. It has a big SUV attitude, and an air of premium elegance. Black 20-inch alloy wheels give an aggressive, sporty look. Inside, the SX trim level Telluride approaches luxury levels of fit and finish, and a great array of standard technology and convenience features. Each row of seating is comfortable and surrounded by smart storage. 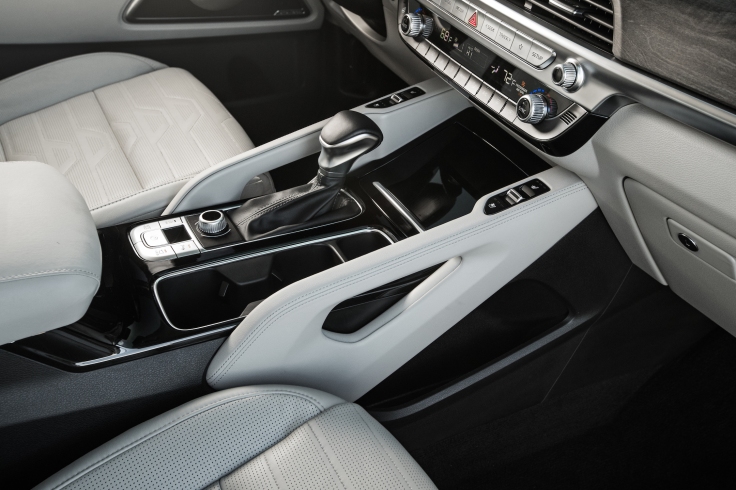 Driving the Telluride is a pleasure equal to admiring its design. It handles well, and accelerates briskly for a vehicle its size. It is not a rocket ship like some of the premium SUVs, but it never wants for power in normal (sane) operation. The smooth-shifting 8-speed automatic transmission keeps Telluride in its power band without allowing the V6 to get thrashy or noisy.

There have been big changes in the midsize SUV landscape since 2009, and a whole new set of competitors has emerged. The Ford Explorer has moved from body-on-frame to crossover, and is newly revised for 2020. Nissan Pathfinder made the same move, though it is due for a makeover soon. The Honda Pilot remains a stiff competitor, along with GM’s trio of Buick Enclave/Chevrolet Traverse/GMC Acadia. The Volkswagen Atlas and Subaru Ascent are new midsize three-row SUVs worth considering, and Kia’s cousin Hyundai has produced the Palisade on the same platform as Telluride. Of the old body-on-frame competition, only the Toyota 4Runner remains in the game as a class of one, and it too has lost its V8 option.

Unless outside forces like spiking gas prices or another economic crisis intervene, the 2020 Kia Telluride is likely to succeed in the marketplace in ways that its ill-fated predecessor never did. It is hitting dealerships at a time when the three-row crossover SUV is more popular than ever, a hot market segment with an appetite for well-equipped, stylish family SUVs. And Telluride is a very good option.