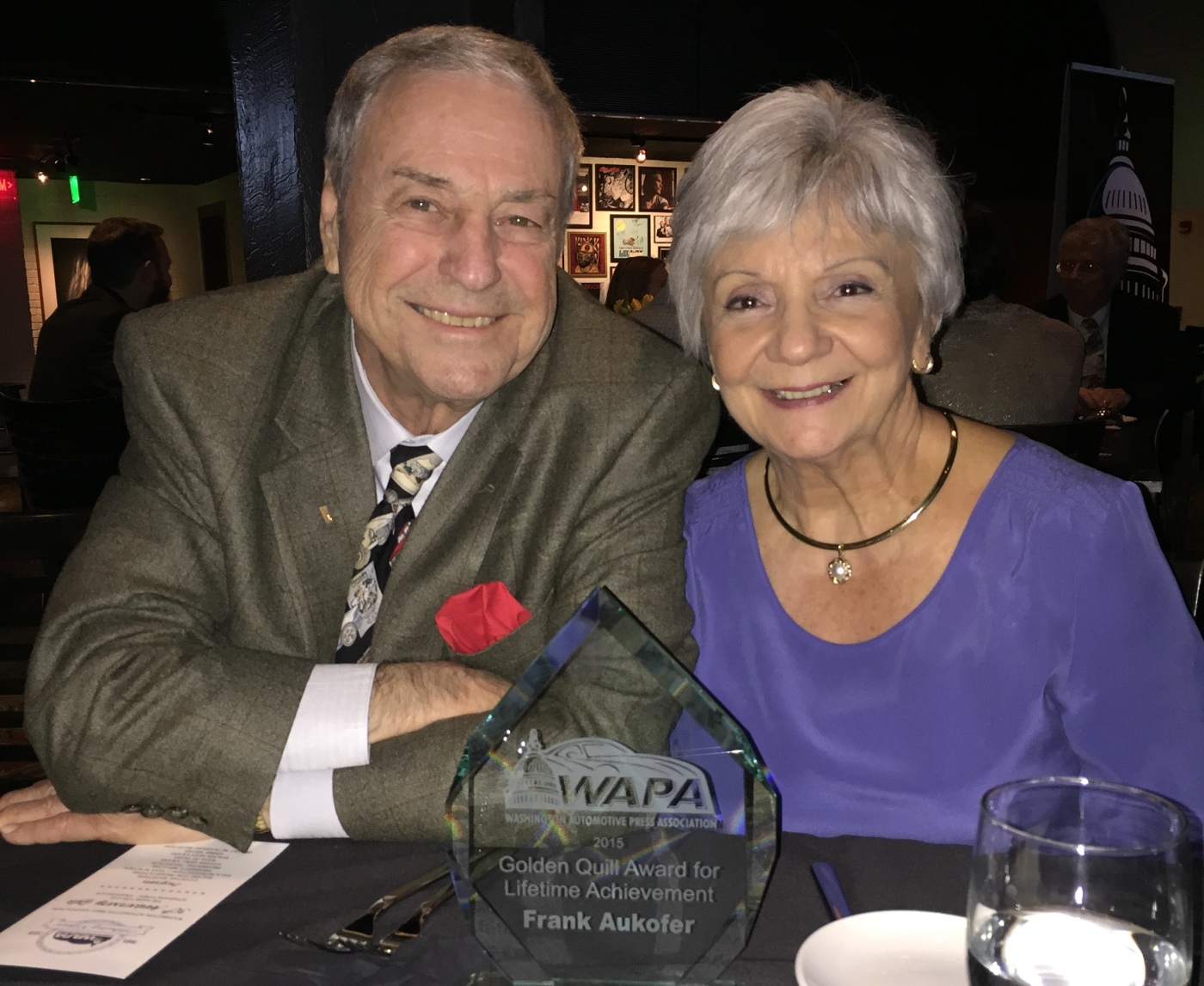 Without skipping a week, Frank A. Aukofer has written a motor vehicle review column since 1975. Now called DriveWays, it is distributed to newspapers and web sites around the country. He is a member of the independent jury of journalists who vote on the North American Car and Truck/Utility of the Year.

Aukofer spent the bulk of his career as a mainstream newspaper reporter and bureau chief for the Milwaukee Journal and its successor, the Milwaukee Journal Sentinel. As a reporter in Milwaukee, he wrote about motor vehicles on an occasional basis starting in 1961. He gave that up in 1964 to cover the civil rights beat, including the Selma March in 1965, the assassination of the Rev. Martin Luther King Jr. in 1968 and the Detroit riots in 1967.

Transferred to Washington in 1970, he spent 30 years covering Congress, the Supreme Court, the White House and politics. He covered the impeachment proceedings against Presidents Nixon and Clinton, as well as many other big stories, including the first Gulf War in 1990 and 1991.

The weekly motor vehicle review column started as a sideline with the Milwaukee Journal and spread to other newspapers, including the Tennessean in Nashville, the Washington Times and, from 2000 through 2013, Scripps Howard News Service. Now it appears in the Bergen (NJ) Record, Providence Journal and publications served by the Motor Matters syndicate.

He is the author of two books: “City with a Chance” (1968), a history of civil rights in Milwaukee, and “Never a Slow Day” (2009), an autobiography/memoir. With the late Vice Admiral William P. Lawrence, a decorated former Vietnam POW, Aukofer co-authored a Freedom Forum study of the military-media relationship called “America’s Team: the Odd Couple” (1995). He lives in Falls Church, Va., with his wife, Sharlene.

Read all of Frank’s posts here.