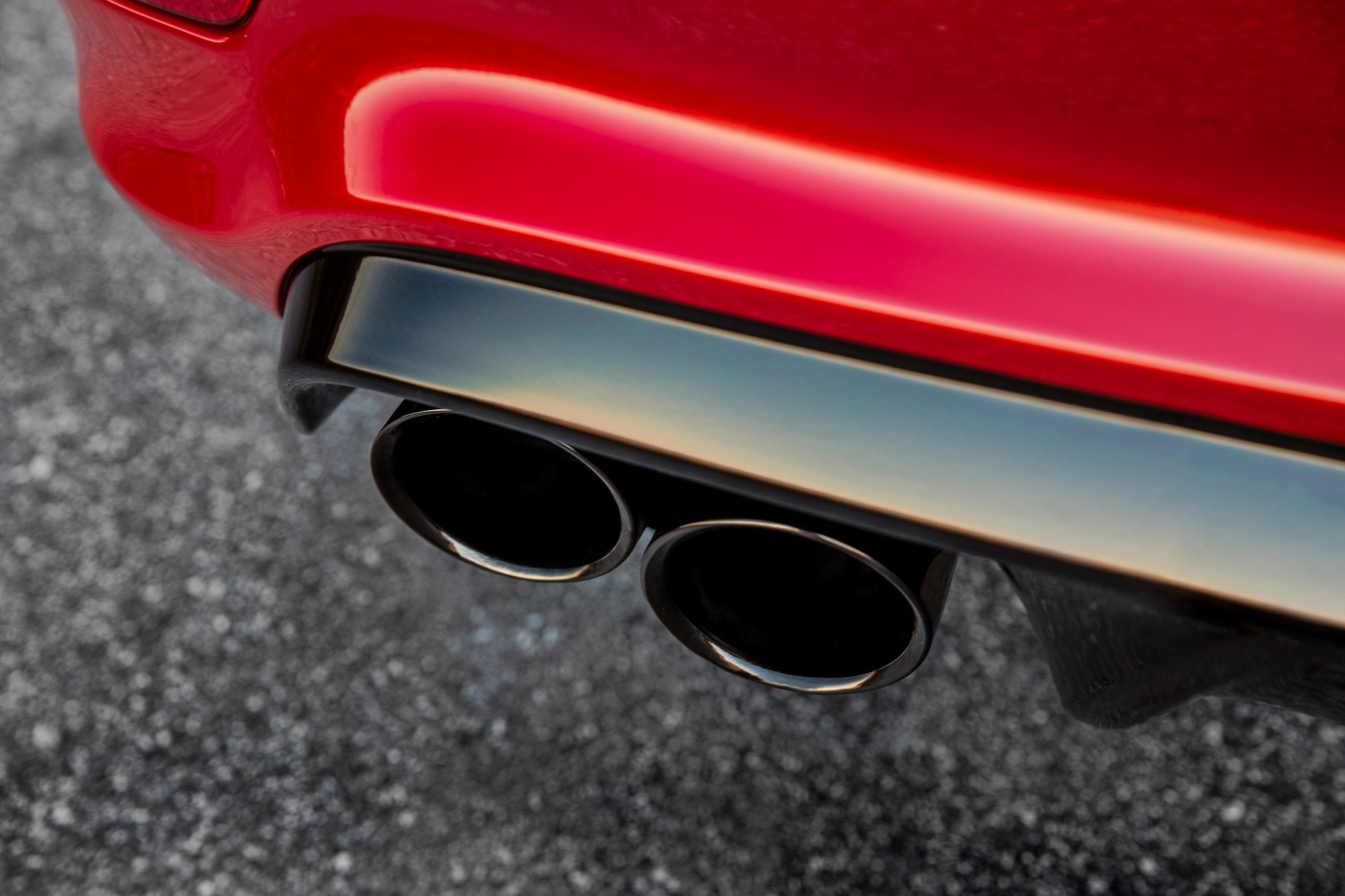 So, you have to ask yourself: Who in the world would want to spend nearly $100,000 on a square-bodied Jeep SUV that can nail 60 mph in about three seconds? 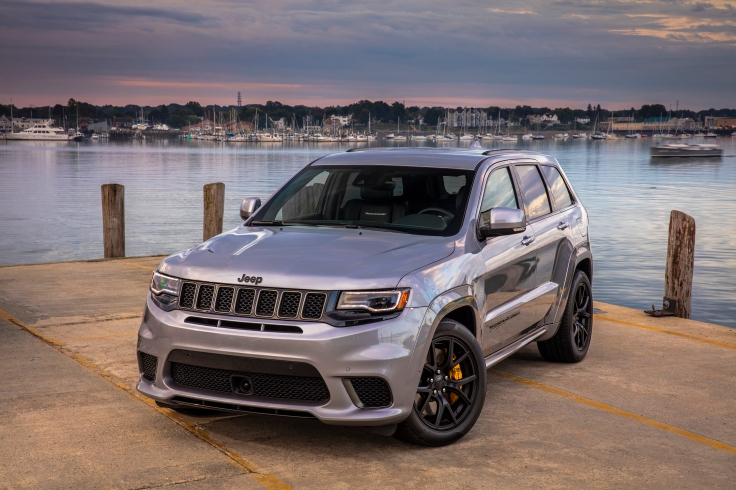 Likely at least some people, or the folks at the Jeep Division of Fiat Chrysler Automobiles (FCA) would not have equipped the Jeep Grand Cherokee with the Hellcat package heretofore restricted to the Dodge Challenger and Charger.

The most expensive Jeep, $96,230 as reviewed here, delivers a mere 707 hp and 645 lb-ft of torque from a supercharged 6.2-liter V6 engine that uses an ironman eight-speed automatic transmission to send that muscle to all four wheels.

Even at that, it’s not the most powerful package in the FCA’s lineup, where it has been bested by the Challenger with the Hellcat Redeye combination and ups the ante to 797 hp and 707 lb-ft of torque. 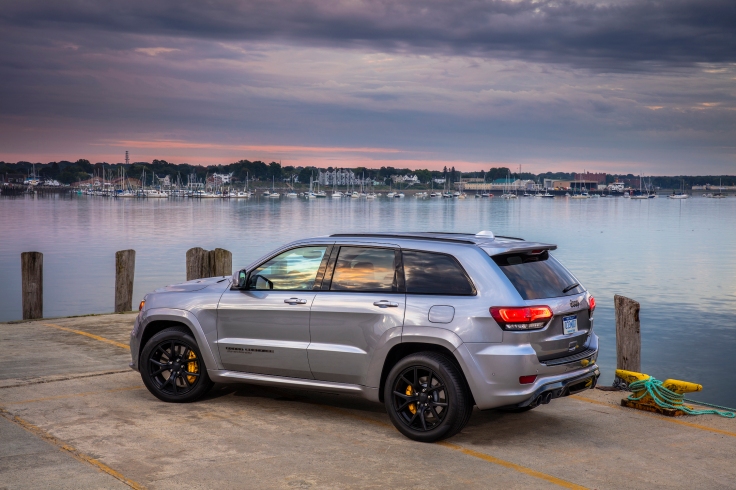 Why not just tweak the tuning a bit and make it 800 hp? It’s a question that may not have an answer other than 797 is a more intriguing number. And who knows? The Redeye may eventually wind up in the Grand Cherokee Trackhawk as well.

Meanwhile, the GCT makes do with package Hellcat, around for about four years, which now makes it something of an also-ran in FCA’s super high-performance machinery.

Even so, the Grand Cherokee Trackhawk is almost frightening, depending on which driving mode you select. If you simply want to puddle around town, you can do that and perhaps maximize its dismal fuel economy numbers. Select the ECO mode and you may not even notice the explosive force under the hood.

However, select the Sport or Track mode, plug in the launch control and you have a credible monster at the drag strip. Raise the engine revs to a scream, drop the foot from the brake pedal and blast off on the tarmac while trying to control your heart palpitations.

But where can you do that except on an airport landing strip or a deserted rural highway? Try it in city traffic and you’re likely to go airborne over that Chevy Spark up ahead.

So, no. If you hanker after pure adrenaline shots as if you were driving a Ferrari, Porsche or McLaren — only sitting up higher to look over that Spark and the rest of the line of traffic piddling along at 19 mph — you can get that from the Trackhawk in ECO.

But better to find a private country club racetrack, where you and other enthusiasts — usually gals and guys with the big bucks to pay the membership fees — can get your juices flowing on weekends.

That’s about the only way you will get to enjoy the monstrous power of your Trackhawk. Forget daily commuting in traffic like that on Interstate 95 between Washington, D.C. and Richmond, VA, which often is little more than a slow-moving caravan not unlike the parking lot at Disney World.

On the plus side, though the Jeep Trackhawk doesn’t come across as a particularly luxurious vehicle, it is priced lower than some machines from Great Britain’s Land Rover, builder of the other high-performance on- and off-road vehicles that appeal more to luxury buyers than macho types who yearn to traverse the Serengeti in Africa.

The Trackhawk could do some of that, though not at drag strip speeds. It comes with Jeep’s sophisticated four-wheel drive system, eight inches of ground clearance, and approach and departure angles that handle terrain that would be daunting for lesser four-wheel drive vehicles.

But it’s questionable whether off-road enthusiasts, who spend most of their boondocks time at around two to five mph over boulders, potholes and hummocks, would even find a use for the Trackhawk. More likely you would find at the drag strip or country-club racetrack. Or you could use your Trackhawk’s 7,200-lb towing capability to transport your race car.

The best thing you can say about the Jeep Grand Cherokee Trailhawk is that it is special. There’s nothing quite like it anywhere. You have to be a person with a mindset that is quite different from the mainstream.

But if you are that person — one who is not into exotic super cars but loves incredible energy and power useful for everyday travels and occasionally for incredible heart-throbbing excitement and wilderness trudging, the Jeep Grand Cherokee Trackhawk could fit your matrix. 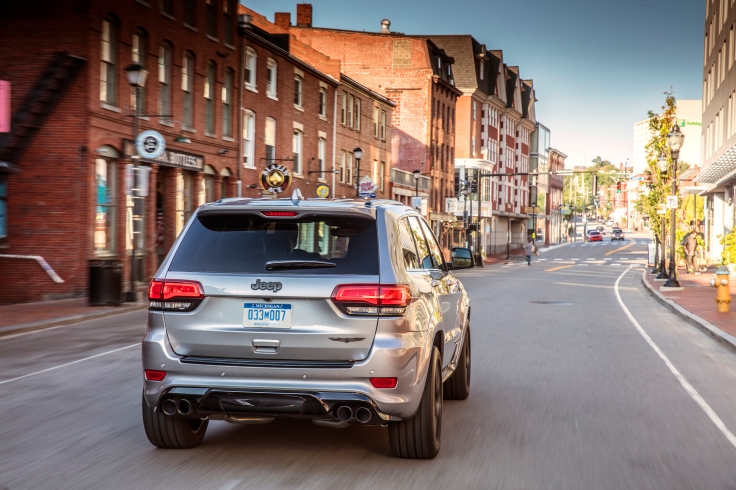