New York, N.Y. — Looking back and into the future, the luxury Lincoln division of the Ford Motor Co. unveiled its all-new technology and serenity cocoon, the 2020 Corsair, here at the New York Auto Show.

It is a luxury compact crossover sport utility vehicle that looks forward with innovations like smart phone control, as well as a return to its heritage of giving its vehicles glamorous names instead of sterile alphanumeric designations.

At a time early in the 20th century, Lincolns were revered as staunch competitors to the likes of luxurious and high-performing cars from Duesenberg, Packard and Cadillac. They were named Cosmopolitan, Lido and Capri, and especially Zephyr, arguably the most beautiful passenger car of its era.

But that fell into a ditch somewhere along the line, as this quintessentially American car company tried to emulate German luxury cars with confusing letters and numbers to identify them.

In the burgeoning category of crossover sport utility vehicles, the Lincolns became identified as MKC, MKS and MKT, although its full-size body-on-frame SUV received the more appropriate name of Navigator.

Now the company has come full circle with the 2020 Corsair. It says the name comes from the Latin “cursus,” meaning “journey.” But almost anyone with a memory of history will relate it to the World War II F4U Corsair, the gorgeous gull-winged fighter plane that heroic U.S. Marine Corps pilots flew off aircraft carriers in the Pacific.

Obviously, Lincoln has no intention of evoking devastating wartime battles. Nope. The new Corsair was designed to be a serene, welcoming, comfortable place for youthful 21stcentury achievers with the wherewithal to step up from a Ford Escape, Honda CR-V, Toyota RAV4 or Mazda CX-5.

And guess what? All the old letter designations have gone to the junkyard. The Lincoln SUV lineup, in order of size, now starts with the Corsair and moves on in price and size steps to the Nautilus, Aviator and Navigator—in short, the alpha and omega of current SUVs, though a subcompact may be in the offing.

So what’s the new Corsair all about? There’s some old and much that is new. It replaces the 2019 MKC and shares its basic power plants, though the new engines have been recalibrated, or tweaked in common parlance. 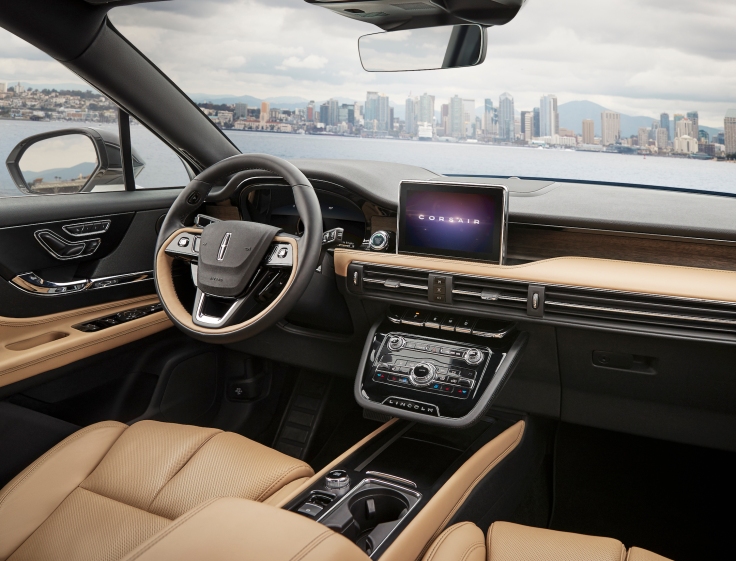 Power surges to the pavement through an eight-speed automatic transmission that can be shifted manually with paddles on the steering wheel. The previous MKC had a six-speed automatic.

There are five drive modes, similar to those on other vehicles, but Lincoln has chosen to give them descriptive names: Normal, Excite, Slippery, Deep Conditions and Conserve. In another place they might use aliases.

But the Corsair’s emphasis eschews the performance side of the equation to concentrate on exterior and interior design. Designers exult over the form, shapes and lines of the exterior, which is attractive even to a layperson but bears a passing resemblance to the Range Rover Evoque.

The interior is similarly elegant with attention to horizontal lines, modern design and quality materials. There’s also a manifest effort to isolate the driver and passengers from any unwanted sounds from outside or the engine compartment, isolated by extra insulation in the firewall.

Lincoln officials used the word “sanctuary” to describe the motoring experience. We already have sanctuaries in places of worship, as well as sanctuary cities. Now we have a sanctuary crossover. It even extends to warnings with “symphonic chimes” instead of beeps or buzzers.

Corsair’s kicker is its “phone as a key” technology, which enables owners to control and operate the luxury conveyance from their smart phones. Using the Lincoln Way app, drivers can lock and unlock doors, open the lift-gate, and start and drive their Corsairs.

For the more Luddite-inclined in the customer base, a standard key fob is included as a—whew!—substitute for the smart phone app.

If a smart phone’s battery dies, the owner can gain entry with the Corsair’s standard exterior keypad, then use the center touch screen to drive off. Also, if the phone is lost or stolen, “phone as a key” can easily be deleted.

No prices were announced, but an educated guess puts them in a range from about $35,000 for the base model, marching through trim levels to a top-of-the-line Corsair that could have sticker price of around $57,000.

The Corsair, built in a plant in Louisville, Kentucky, will arrive at dealerships in the fall.

Disclaimer: This preview was gathered at a manufacturer-sponsored press event. The manufacturer provided travel, accommodations, vehicles, meals and fuel. 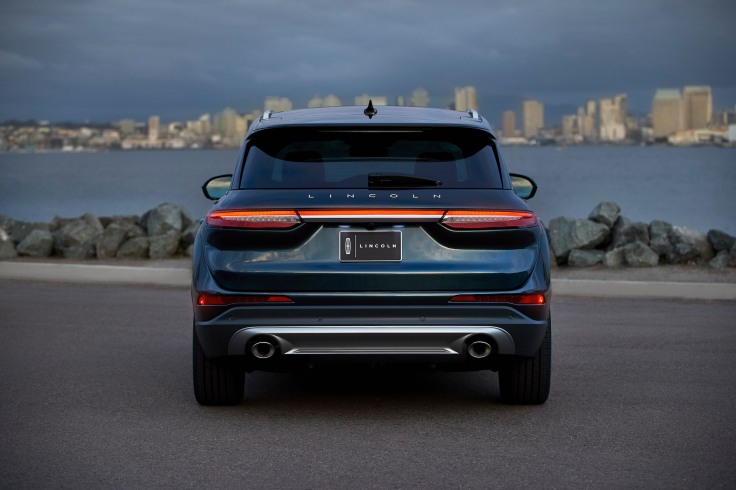