Driving the 2020 Kia Telluride along one of the most scenic roads in America, the thought occurs that vehicle manufacturers have achieved a level of perfection not dreamed of in the history of the automobile.

It has gotten to the point that reviewers are reduced to criticizing mainly at the margins, and the margins keep getting narrower. The new Kia Telluride achieves the narrowest of margins.

This is an all-new midsize crossover sport utility vehicle with three rows of seats in either an eight-passenger layout with a second-row bench seat or seven-passenger with second-row captain’s chairs.

It also comes with mid-pack pricing, ranging from $32,735 for the base LX trim level with front-wheel drive to the top-line SX with all-wheel drive at $44,535. There are four versions, each with front-drive or all-wheel drive. With options, the SX tested for this review topped out at $46,860. 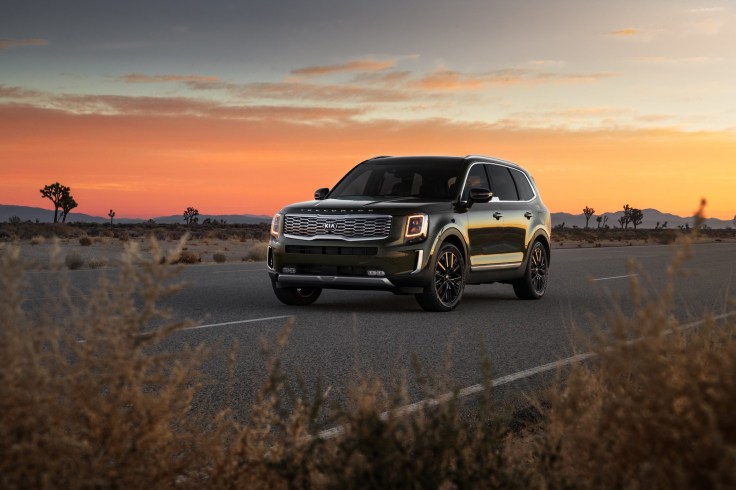 Yet the tester drove as well as some luxury midsize competitors costing tens of thousands of dollars more. It is powered by a silky 291-hp V6 engine that delivers 262 lb-ft of torque. Though many manufacturers have moved to four-cylinder turbocharged engines, it’s hard to beat the effortless power delivery of a V6. Of course, there is some cost in fuel economy.

The tested Telluride gets the power to all four wheels through an eight-speed automatic transmission that shifts so unobtrusively it could be mistaken for a continuously variable automatic (CVT) that has no shift points. It is rated at 21 mpg overall.

Kia chose to introduce its biggest new model on a drive between Gateway, in western Colorado, southeast to its namesake Telluride, the famed ski resort. The 206-mile round trip meanders through canyons surrounded by astonishing mountains, mesas and crumbling rock outcroppings likely more than a billion years old.

Best of all, highways 141 and 146 were bereft of traffic, offering challenging twists and curves as well as straightaways relaxing enough to enjoy the stunning scenery while driving.

The Kia Telluride, of South Korea, is built in a plant in West Point, Georgia, southwest of Atlanta. It settled into and easily handled the Colorado highways, tracked steadily on the straights, handled curves with aplomb, and its supple suspension absorbed the many road irregularities. Wind and road noise were noticeable mainly by their absence.

Kia boasts that the Telluride has more standard driver-assist safety technologies than any of its competitors, including automatic emergency braking with pedestrian detection, adaptive cruise control with stop and go, lane-centering and lane-keeping assist, blind-spot detection with collision avoidance and rear cross-traffic alert.

Other innovative safety equipment included Kia’s safe-exit assist, which alerts left-side passengers before stepping into the road when the system detects a vehicle approaching from the rear, and rear occupant alert, which sends a message to a smart phone and blows the horn if a passenger or pet are unintentionally left behind when the driver leaves.

Besides that, the top-line SX model, with the optional premium package, was about as well-equipped as anything you would find cruising the nation’s highways, including a quiet mode, which mutes second- and third-row audio speakers to allow the front-seat passengers to listen to music without disturbing rear-seat passengers. 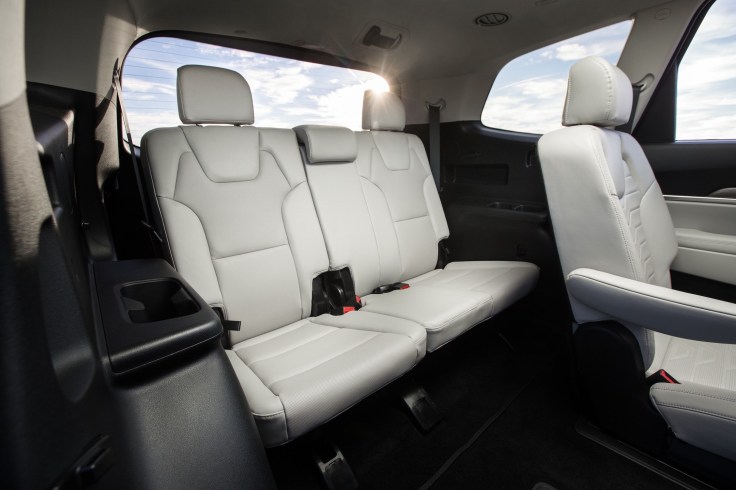 The tester’s second-row captain’s chairs were as supportive and comfortable as the front buckets. They had enough fore-and-aft adjustment to allow knee room for adult third-row passengers, who had better be starvation-skinny to accommodate three back there.

Gateway, the unincorporated community that was the starting point for the Telluride introduction, has a permanent population of about 140. But its jewel is a luxury destination resort called Gateway Canyons, which includes a spanking new automobile museum housing the collection of John Hendricks, the founder and former chairman of the TV Discovery channel.

The museum focuses on the history of American automobiles, with 52 examples dating from the early 1900s and including the one-of-a-kind 1954 concept Oldsmobile F-88. Every car is as pristine as a china plate at the White House, though unfortunately many are unidentified.

But placing the Kia Telluride in close proximity demonstrates how stunningly far automobiles have come. None have anything near what the Telluride offers and prompts unavoidable thoughts of where personal transportation will become in the future. 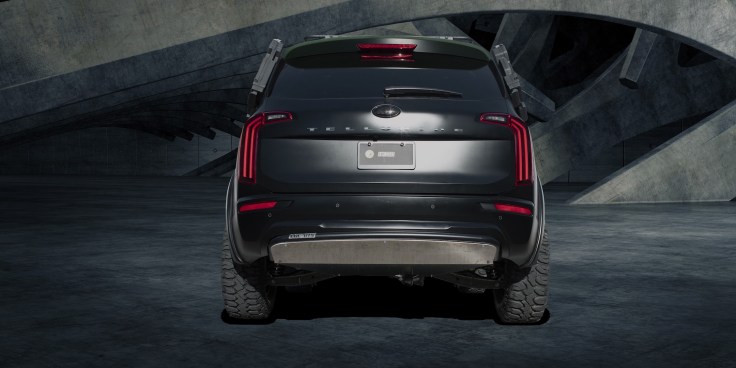