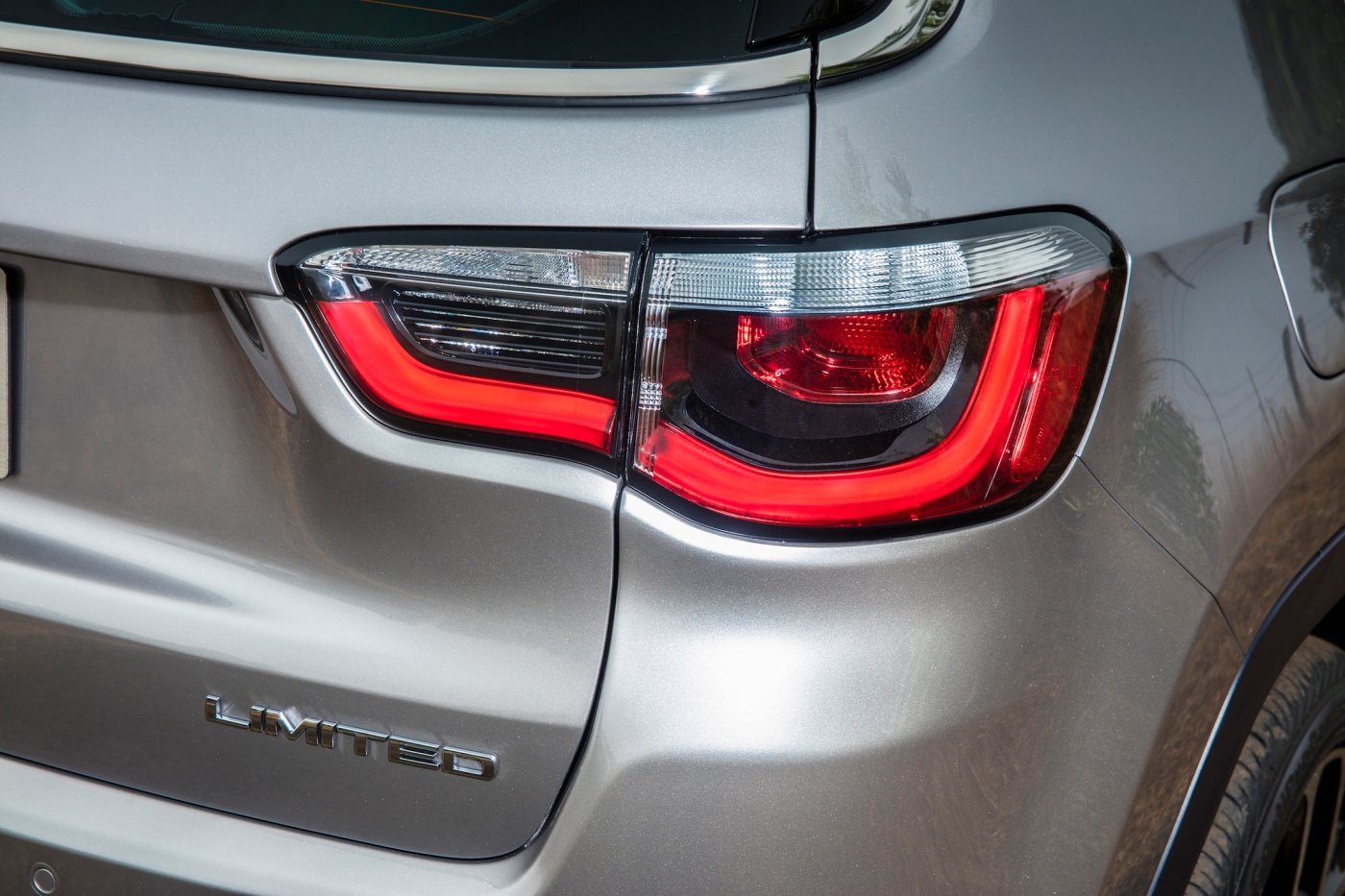 Whatever else you might conclude about the 2018 Jeep Compass Trailhawk 4×4, it has mastered the spirit of the KISS Principle — a design precept that admonishes, “Keep It Simple, Stupid.” Though the new Compass is anything but stupid, its designers have done their best to keep it simple.

Because the tested Compass came in the off-road rated Trailhawk version, it has more versatility than its competitors, who lurk in a class of crossover sport utility vehicles parked between subcompacts like the Honda HR-V and compacts like the Toyota RAV4.

Its size is close to the new Subaru Crosstrek, which comes standard with all-wheel drive but without much of the off-road sophistication of the Compass Trailhawk. 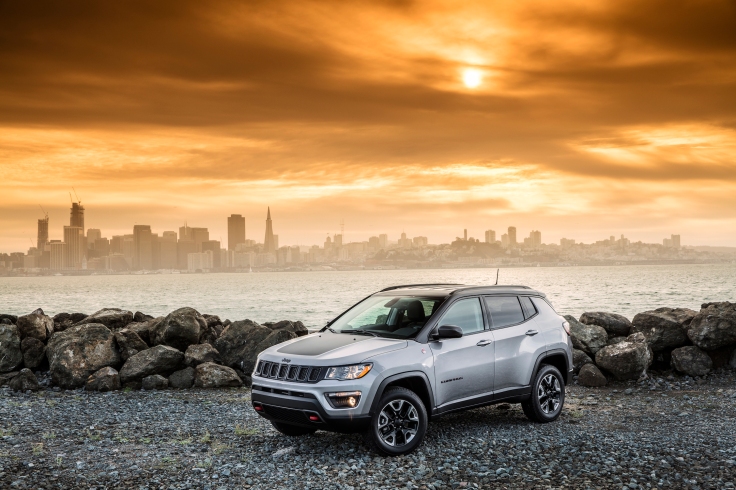 The Trailhawk is three inches shorter than the Crosstrek but has more interior room — a total of 127 cubic feet to the Crosstrek’s 119. However, the Trailhawk also is more powerful, heavier by about 400 pounds, more expensive and less fuel efficient.

It’s all about orientation. The Crosstrek, though it has some off-road capability, focuses primarily on highway performance in foul weather. The Compass Trailhawk can handle that and also deal with rough stuff off the road — though not as capably as its garage-mates Jeep Wrangler and Unlimited. 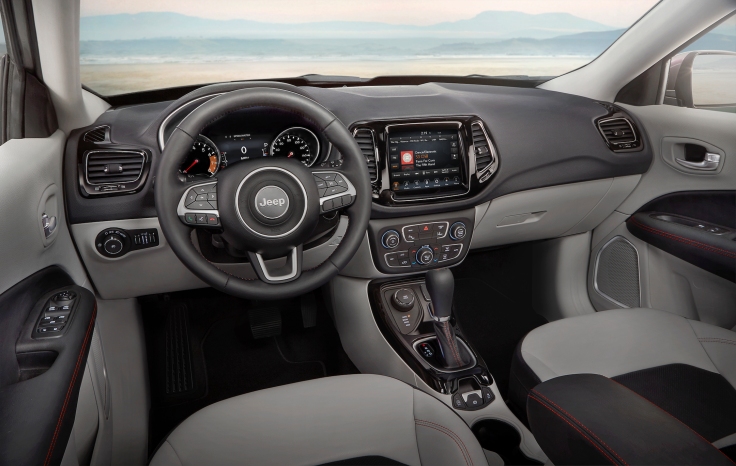 This is where it exhibits simplicity. All modes are controlled by buttons on the console that are legibly labeled and easy to operate. They complement the 8.4-inch touch screen in the middle of the dash, which also is a paragon of simplicity for controlling infotainment and navigation functions.

That contrasts with other vehicles, many of them in the luxury category, that are so obtuse in operation that they prompt angry tirades and an increase in blood pressure.

The Compass replaces its previous generation sibling and the Jeep Patriot, a similar crossover SUV. Fiat Chrysler discontinued the Patriot after 2016, although some leftovers are being sold as 2017 models.

There are four Compass trim levels with front-wheel drive and all-wheel drive, three different transmissions and one engine: a 180-horsepower, 2.4-liter four-cylinder that delivers 175 pound-feet of torque. The four trims are Sport, Latitude, Trailhawk and Limited, the last being the loaded luxury model. 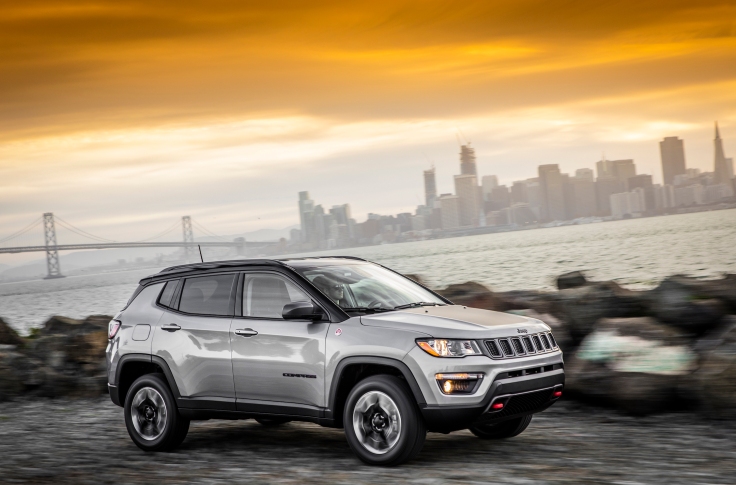 Though not a scorcher on acceleration, there’s enough power for anything the Compass encounters. It handles decently on and off the road and delivers a compliant, somewhat choppy though quiet ride with some intrusion of engine and road noise.

The tested Trailhawk came with a starting price of $29,690 and, with options, topped out at $33,560, which is slightly below the average price of a new car now in the U.S. Equipment was extensive, including roll mitigation, front and rear tow hooks, rear cross-traffic alert and blind-spot warning, along with navigation, parking assist, satellite radio, remote starting and a power tailgate.

One handy item, especially for adventuresome backwoods boomers, was a full-size spare wheel and tire, though the wheel was plain steel and not handsome alloy like other four. 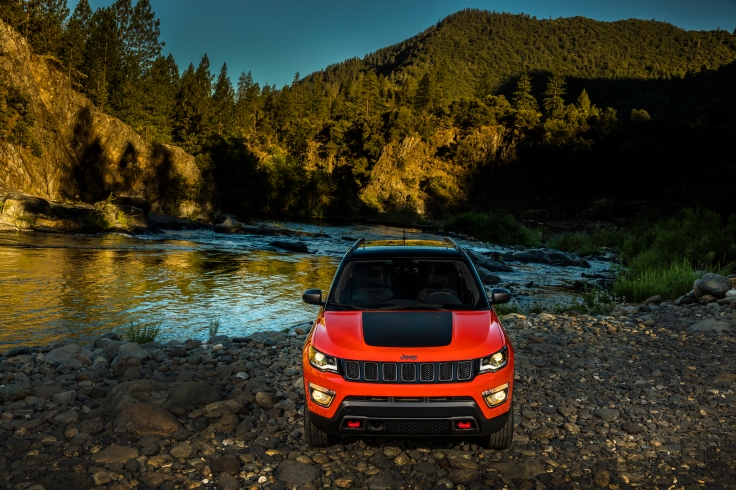 Receiving increasing attention are vehicles that roll away if the driver inadvertently turns off the engine while the automatic transmission still is in Drive. Some systems automatically shift into Park, but the Compass finesses the situation by refusing to let the engine shut down. An instrument message orders the driver to shift into Park.

Though the interior contained a number of plastic trim items, the seats were upholstered in a combination of sturdy cloth trimmed with leather. The front seats had well-bolstered seatbacks to hold the torso in cornering and off-roading.

The outboard back seats had plenty of head and knee room for average sized adults, and even the center-rear position, hampered by a floor hump, intrusion of the console and a cushion instead of a real seat, actually could accommodate a fifth passenger.

Overall, this new Compass is a bundle of compromises that delivers a potpourri of capabilities. 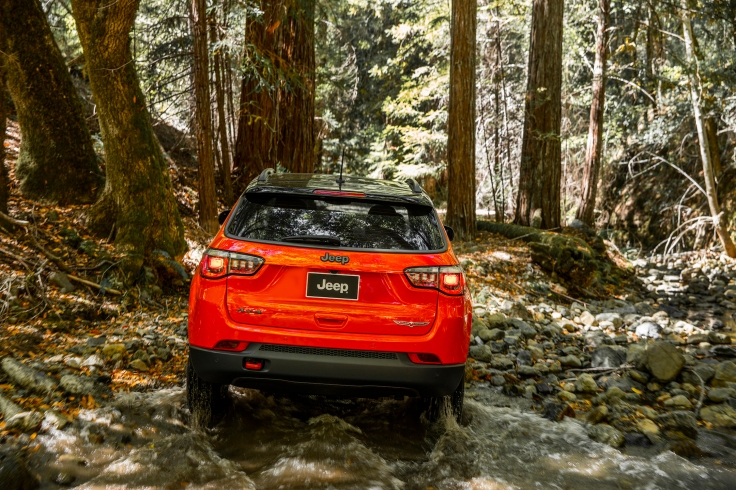 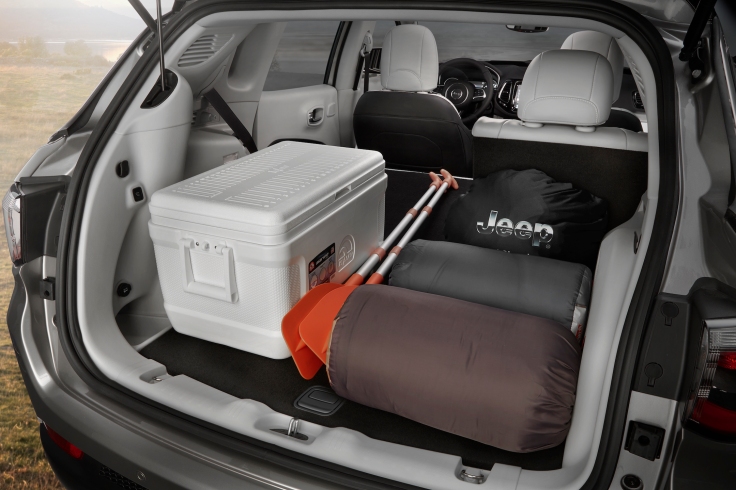