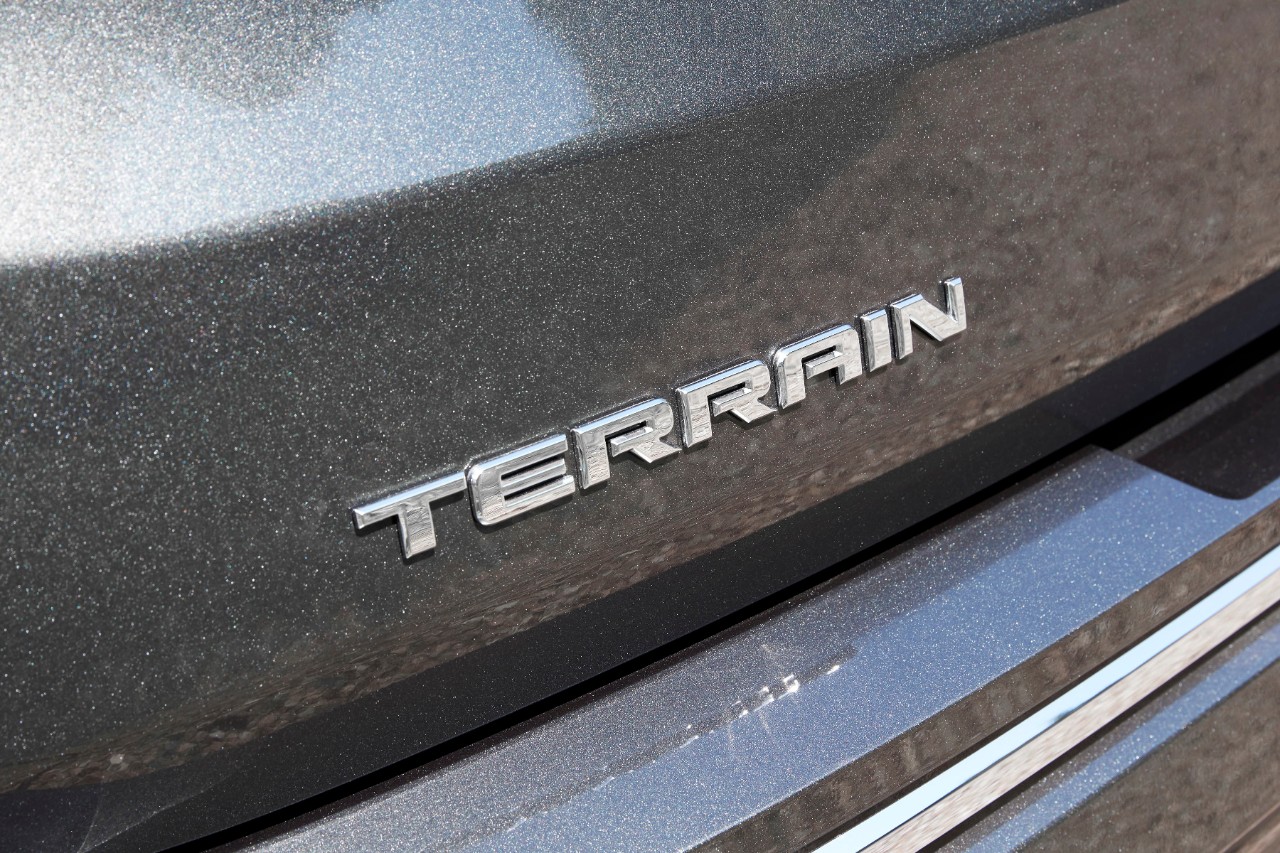 GMC scheduled the introduction of its redesigned 2018 GMC Terrain to coincide with the momentous eclipse of the sun over the United States on Aug. 21, 2017.

The intro took place in Pittsburgh, Pa., so the Terrain did not experience totality. The moon’s coverage of the sun there was about 81%, according to the experts, and that seemed fitting because it’s a good grade that roughly matches the achievements of the new Terrain, especially in the top-line Denali version.

GMC, the truck division of General Motors, manufactures a full array of pickup trucks, sport utility vehicles, vans and crossovers. It has been riding the current wave of customer infatuation with crossovers, which resemble but differ from SUVs because they are built like cars with unit bodies. True SUVs have body-on-frame construction like pickup trucks. 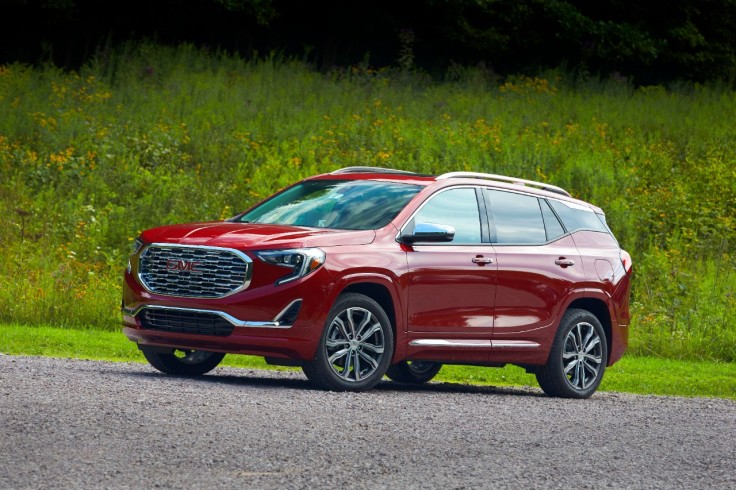 The Terrain features a new system for shifting the automatic transmission, which GMC says was developed with an eye toward the future when cars will be able to drive autonomously. A set of switches are mounted on the dash. You pull out the ones for “drive” and “reverse,” and push in for other functions. 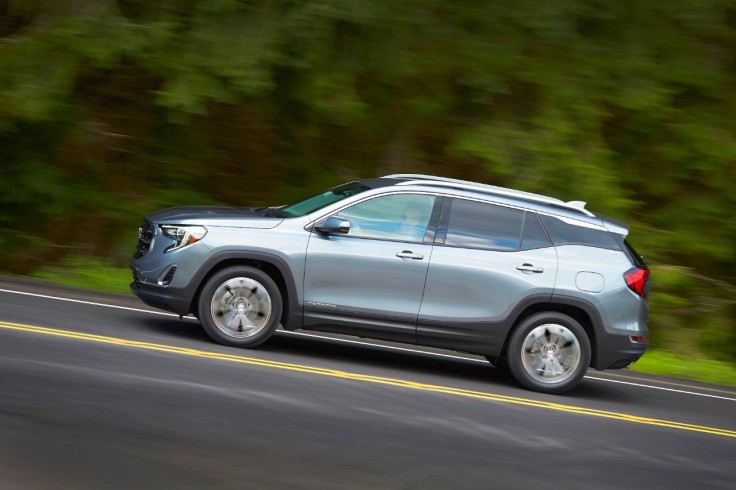 Though the Terrain’s all-new styling graces a vehicle that is slightly smaller than its predecessor, it is a roomy compact crossover with passenger room similar to that of a midsize sedan and a cargo area of 30 cubic feet, which is about double that of most midsize cars.

It also is distinguished by an unusual design element: each trim level — SLE, SLT and Denali — has its own distinct grille, so astute neighbors can instantly detect your Terrain’s snob appeal.

The top-of-the-line Denali, which has standard and optional features intended to rival those of luxury vehicles, can be equipped with state-of-the-art safety features, including low-speed automatic braking, forward collision alert, lane-keeping assist with lane-departure warning, blind-zone alert and rear cross-traffic alert. Especially appreciated is the notice to the driver to check the back seat after parking. It could save a child’s or pet’s life.

Another welcome innovation was teen-driving parental control, which can set speed limits and audio volume, as well as produce a report card on the teen’s behavior behind the wheel.

The Denali also features such comfort items as leather upholstery, heated and ventilated eight-way power front seats with memory settings, automatic tailgate, automatic dual-zone climate control, Wi-Fi hotspot and a full-fledged infotainment system. Curiously for this luxury-oriented trim, the right front seat has manual adjustments and the right front window does not have express up and down.

If you’re willing to give up some of the luxury and convenience items, the all-wheel drive SLE version is a satisfying vehicle in its own right — and in this test had a price tag $11,240 lower than that of the Denali.

Its smaller 1.5-liter four-cylinder engine, with 170 hp and 203 lb-ft of torque, delivered sprightly acceleration with the nine-speed automatic transmission. Its main drawback is that its towing capability is 1,500 pounds compared to the 3,500-lb rating with the 2.0-liter engine.

The SLE’s front seats are comfortable and supportive, upholstered in sturdy cloth that keeps the torso cool in summer and warm in winter. The ride is pleasant on all but the roughest surfaces, and the Terrain handles securely on curves as long as it is not pushed too hard.

Overall, it is a competitive offering in the burgeoning compact crossover class and a good alternative — depending on an individual’s tastes — to the excellent Chevrolet Equinox. 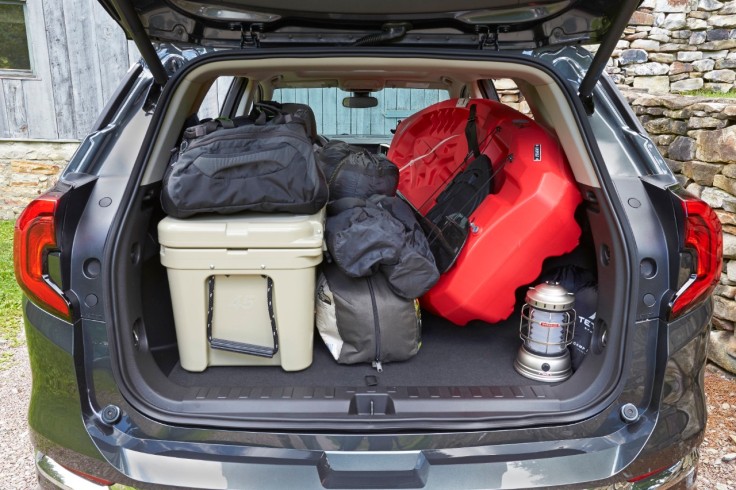