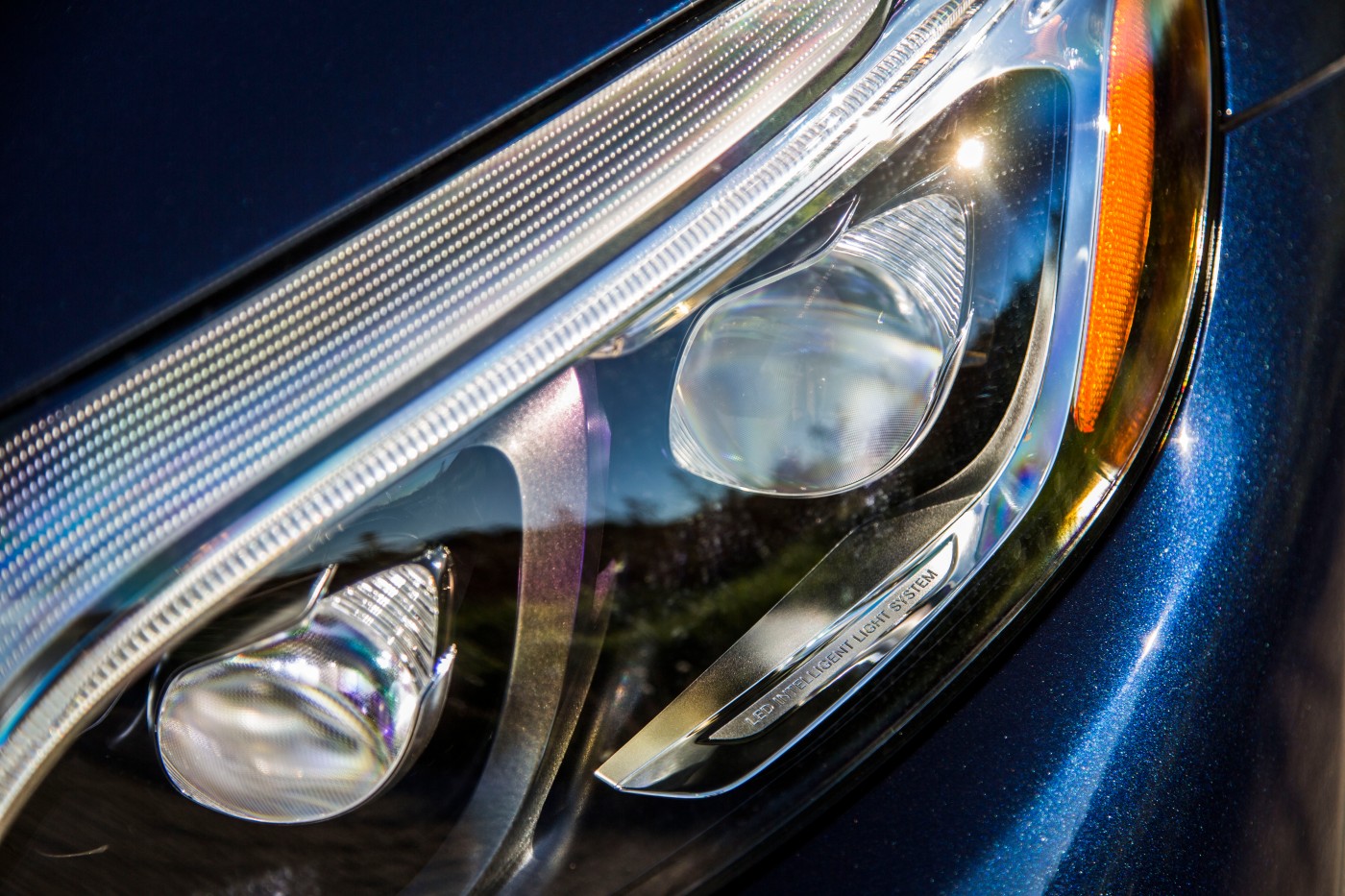 The 2018 Mercedes-Benz GLC300 4MATIC forges a strong link in the longest chain of luxury sport utility vehicles in America.

Following the practice of the era, the ML320 was built like a truck, with the body mounted on a welded steel frame. As such, it had significant off-road chops but also delivered great highway handling from an independent suspension system and decent performance from a 215-hp, 3.2-liter V6 engine mated to a five-speed automatic transmission. Moreover, it was American-made in a brand-new Mercedes plant in Alabama. 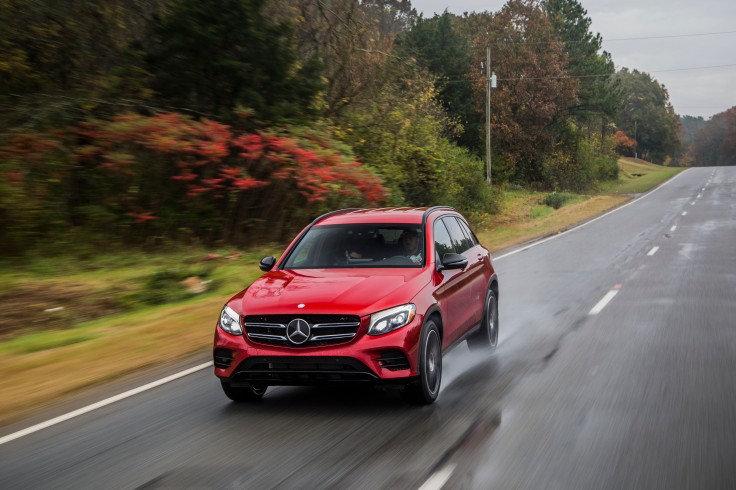 The ML320 was an immediate hit, with some customers waiting as long as eight months for delivery, and soon Japan’s Lexus countered with its RX, which was manufactured with a passenger-car unit body. That configuration now is called a crossover. Mercedes switched to a unit body for the second-generation ML-Class in 2005.

The company’s prescience paid off and it expanded its lineup as buyer interest remained steady, then soared for crossover SUVs in every price class, especially in recent years.

With two decades of experience, Mercedes now sells five models, starting with the subcompact GLA. It also has re-named others in the lineup to match their size classes. The tested compact GLC300 used to be called the GLK; the old midsize ML now is the GLE and the full-size GLS used to be the GL. Also in the lineup is the G-Class, based on a Mercedes military vehicle. 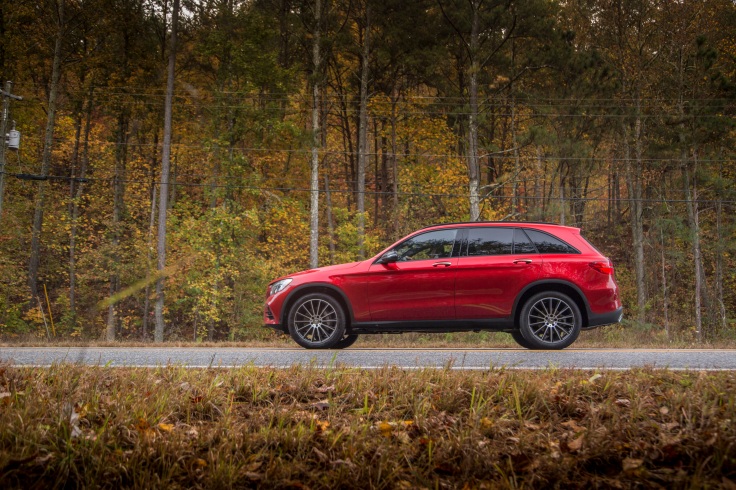 As a compact, the 2018 GLC300 is a solid contender in its luxury category, available with almost every modern safety, driver involvement and infotainment feature. Many come as options, which inflated the base price of $42,975 to $62,795.

Power is delivered by a responsive 241-hp, turbocharged 2.0-liter four-cylinder engine that makes 273 lb-ft of torque. A nine-speed automatic transmission with a manual-shift mode controlled by steering-wheel paddles sends the power to all four wheels. If you don’t need all-wheel drive, the GLC300 can be ordered with standard rear-wheel drive at a saving of $2,000. 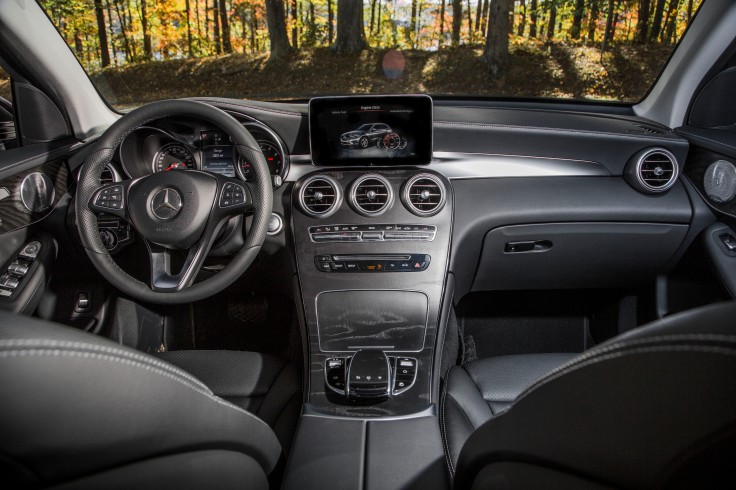 The two-ton weight and an air suspension system translate into a hefty, planted and comfortable ride on the highway with good road feedback through the steering wheel. Likely the acceleration would be better if a few pounds were extracted but the GLC300 is no slouch, reaching 60 mph in 6.4 seconds, according to Mercedes’s specifications.

Some of that weight obviously has gone into insulation and other sound-deadening materials. This is a quiet highway cruiser with little intrusion of road, mechanical and wind noise.

There are five driver-selectable driving modes: Eco, Comfort, Sport, Sport Plus and Individual, which adjust shift points and suspension settings to maximize fuel economy and move up from there to enhance performance. 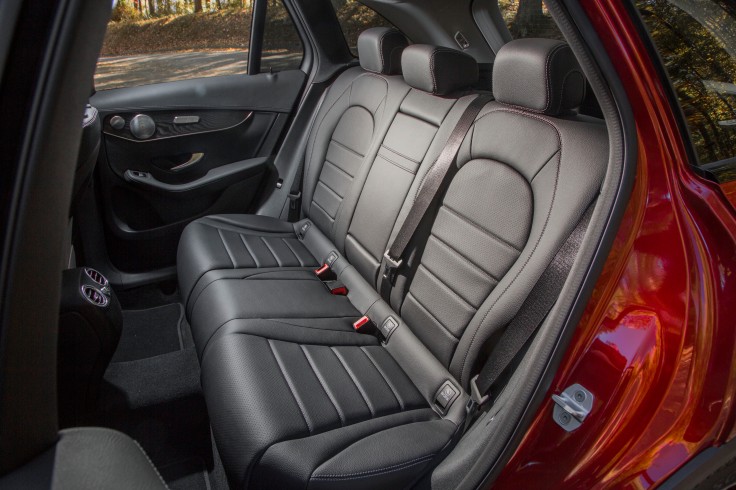 Seats on the test car were upholstered in perforated leather, heated and cooled up front. There are three memory settings for the front seats and mirrors. Outboard back seats are similarly accommodating and even the center-rear position, hampered by a large floor hump, offers room and some comfort. The seatbacks fold flat with a finger pull on a switch.

There’s additional hidden space for small items under the cargo floor because the GLC300 now comes with run-flat tires. The under-floor space comes with a nice touch: two small bags that hold bright yellow vests to wear in an emergency.

A few criticisms are in order. Though there’s an easy-to-use fingertip shifter, if you turn off the engine and forget to put the transmission in Park, the GLC300 will roll forward or backward. Infotainment functions require learning and attention, and should not be attempted underway. The sunshade for the panoramic sunroof is flimsy and admits sunlight. Also, the window controls on the door would be more intuitive placed on the sides of the front seats.

Still, if you have interest and the money for luxury surroundings, state-of-the-art driving and safety features — all in a tidy package — the 2018 Mercedes-Benz GLC300 strongly hints at the self-driving technology of the future. 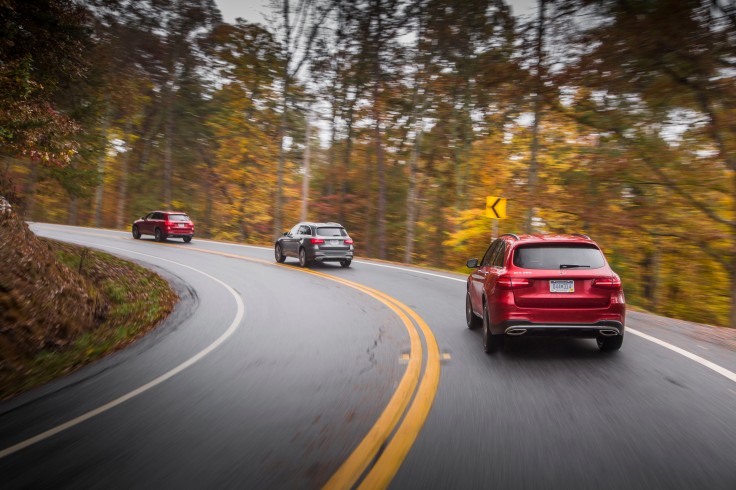 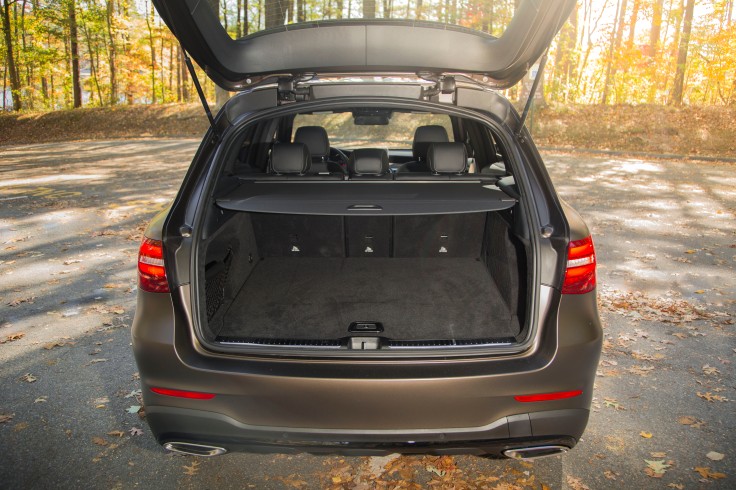