Hybrids, as the 2017 Mercedes-Benz S550e Plug-in Hybrid can attest, are not just for fuel economy anymore.

Nope, they’re everywhere, powering super cars like the Acura NSX; familiar hatchbacks and sedans like the Toyota Prius and Honda Accord; and any number of inexpensive to luxury crossover sport utility vehicles.

Increasingly, customers are being seduced by plug-in hybrids, which combine gasoline and electric power like regular hybrids but also can be plugged in to charge batteries for additional range on electricity alone. 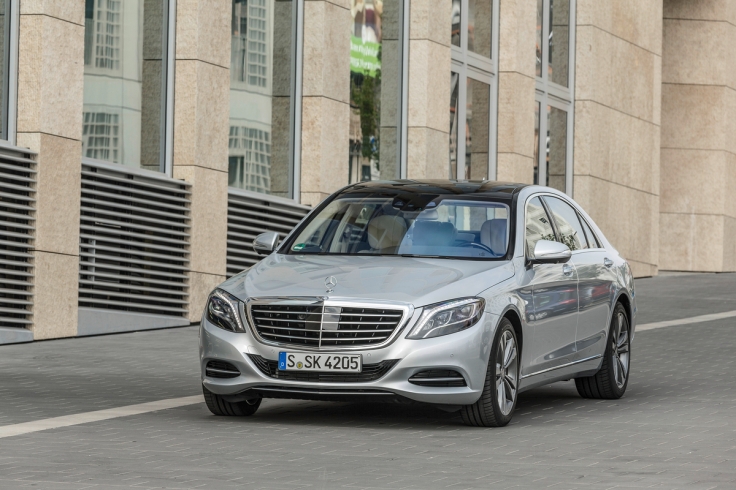 Even so, Mercedes says its big plug-in can nail 60 mph from rest in 5.2 seconds while delivering EPA combined city/highway fuel economy of 26 mpg on gasoline only and 58 in gasoline-electric hybrid operation.

While the plug-in feature enhances fuel economy, it adds the inconvenience of plugging in, which some S550 owners likely won’t bother doing. The battery pack and other hybrid parts also reduce the trunk to a bit more than nine cubic feet, which is subcompact size in a large car. 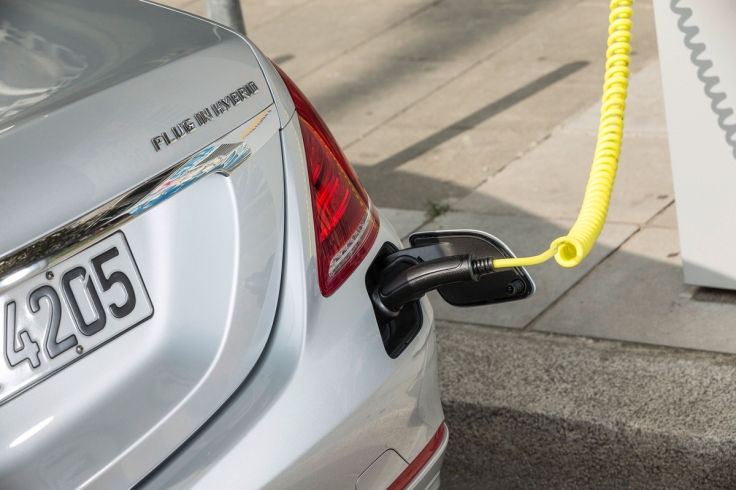 Plug it in with the standard charging cord and a full charge can be accomplished overnight. But that involves removing the cord and adapter from its bag in the trunk, plugging one end into an outlet on the rear bumper and the other into standard 120-volt household outlet. Then you must unplug everything to get going the next day. You can recharge more quickly—in about 2.5 hours—if there’s a public fast-charging station nearby.

All that results in an electric-only range of about 20 miles, which a readout displays on the instrument panel. It is possible to rocket up to more than 70 miles an hour purely on electric power. But it won’t last very long because the effort sucks up the juice.

You can select a hybrid mode that fires up the gasoline engine to help keep the battery charged. Without that, even modest urban driving easily depletes the charge quickly in less than 20 miles.

So, the default is to simply drive the S550e in hybrid mode all the time, where it performs like a satisfying big Mercedes-Benz, which is to say in sumptuous luxury with plenty of competence for any circumstance, abetted by an air suspension system.

Whether motoring on electricity or a combination of electric and internal combustion power, the S550e has the manners of an unobtrusive butler. There are no nasty intrusions of wind, mechanical or road noise — unless the road is uncommonly pockmarked. It’s even difficult to tell when the gasoline engine fires up.

There are two performance modes: Comfort and Sport. Comfort caresses the driver and passenger with a modestly floating ride that would complement the skills of a careful chauffeur. However, if the owner decides to drive, he or she and a front-seat passenger can avail themselves of seat bolsters that grip the torso in turns.

Switch to the Sport mode and everything tightens up: Steering feels more responsive, the ride gets tauter and the handling quicker and more precise. The powertrain responds more rapidly to throttle inputs. It’s not a sports sedan but a more satisfying experience for anyone who enjoys driving.

Regardless of its green orientation, the S550e at heart is still the dignified flagship of the Mercedes-Benz fleet, which is to say that it comes equipped—especially if you order most or all the available options—with a full suite of state-of-the-art safety installations, as well as sinfully sumptuous comfort and convenience features.

Among the latter are heated seats, front and back, that deliver back massages on the go. Four-zone climate control keeps everybody comfortable Pillows can be detached and stashed in the trunk. The right-rear seat also has a power footrest.

With such a luxury orientation, there’s no attempt at installing seating for a fifth passenger. The tested S550e is strictly a four-passenger car with consoles dividing the front and rear seats.