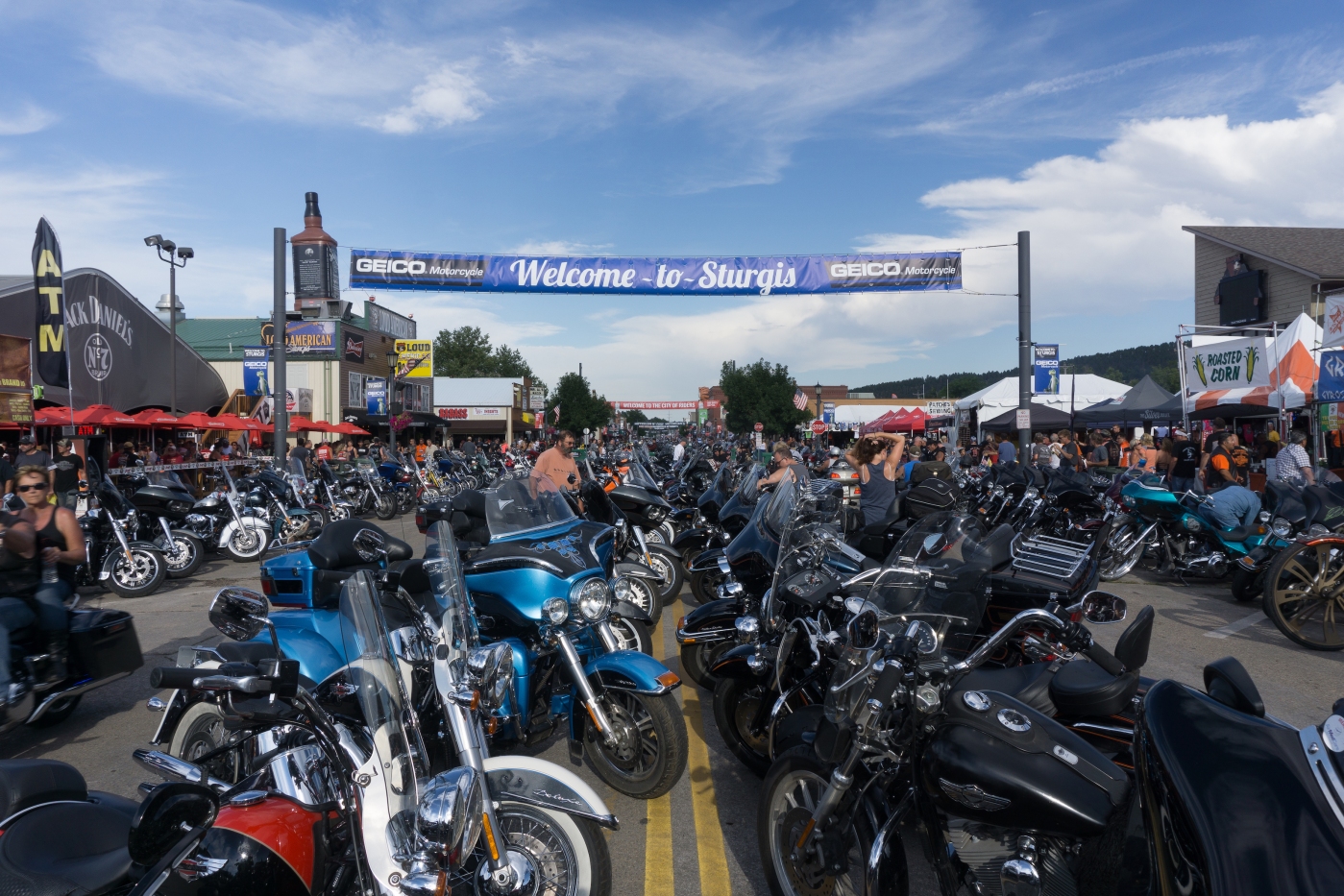 So, I finally did make it to Sturgis. I’ve had it on my wish list for almost two decades, and one thing or another has always kept me from getting there.

In case you don’t know, “Sturgis” is what motorcyclists call the Black Hills Motorcycle Rally, which just happened for the 76th time in and around Sturgis, South Dakota. Every August, bikers converge on the tiny town for a week of riding, drinking, eating, shopping and hanging out. 2015 marked the 75th annual gathering. It was the largest to date, with an estimated attendance of over 739,000. This year’s event was substantially smaller – probably in the 400,000 range.

Harley-Davidson has been a major sponsor of Sturgis for decades, and the vast majority of the motorcycles on hand are Harleys of assorted vintage. Still, wander the streets of Sturgis, and you’ll see bikes of every brand and style parked along Main Street. Many brands have formal displays and demo fleets in town, including such unlikely candidates as Moto Guzzi, Ducati, Royal Enfield and Can Am. 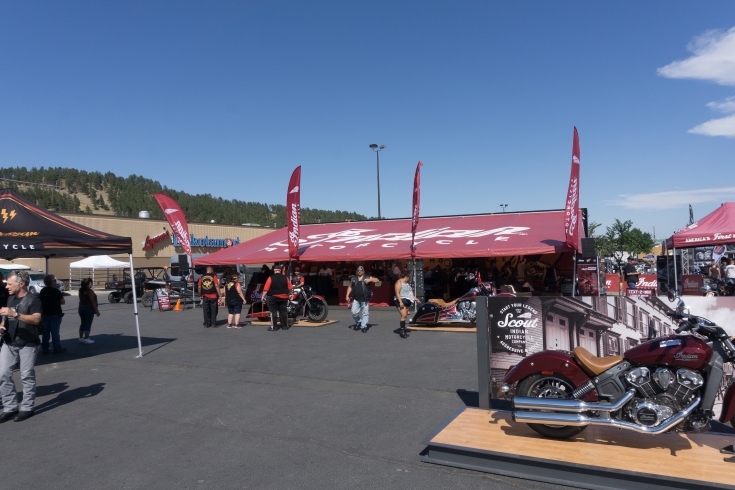 Indian Motorcycle has made a substantial push to increase its visibility at Sturgis, having scheduled most of its public and press debuts at the Rally over the past three years. The company puts up a big display and experience center on Lazelle Street in downtown Sturgis, and was the motorcycle sponsor at the Buffalo Chip, Sturgis’ 400-acre campground and event center.

Indian’s push into Sturgis is bold and audacious, and makes a whole lot of sense. Indian wants to take a chunk of Harley’s business, and this is where the customer base comes to live the motorcycle lifestyle. I saw a surprising number of Indian motorcycles on the streets – many more than the brand’s modest sales figures led me to expect. Despite Harley-Davidson’s dominant market position and loyal customer base, Indian is starting to gain a foothold.

My Sturgis experience was a positive one, I’m glad to report. I spent a lot of time riding, and got to see some of the major area attractions like Mount Rushmore, the Crazy Horse Memorial, Custer, Deadwood and Hill City. I rode in the big procession of the Legends Ride, and I saw the final heat of the Hooligan Races at the Buffalo Chip.

Mostly, I got to have the experience of being in the majority on the roads as a motorcyclist, a very rare opportunity for those of us on two wheels. At first, it was a little disconcerting. I’m used to seeing occasional bikes on my rides in different parts of the country. Even when I attend motorcycle events, the concentration of bikes thins out quickly away from the venue. But during the Black Hills Rally, there are bikes everywhere. Every parking lot is full of motorcycles. Eighty percent of the vehicles on the road are motorcycles. A few days in, and I felt the empowerment of being part of this group, and I realized that I fit in by virtue of my passion for traveling on two wheels. Even if I didn’t share many of the political views I saw advertised (Guns! Trump!), I started to see the great range of individuals at the Rally as my people.

I don’t know if I ever need to go back to the Rally, but I will definitely return to the Black Hills during the off-season. It’s a beautiful part of the country, with fantastic roads and beautiful natural settings. The Old West atmosphere is for real, and I want to explore it without the crowds.

You can read my article about Indian Motorcycle’s 2017 Lineup at Forbes.com. 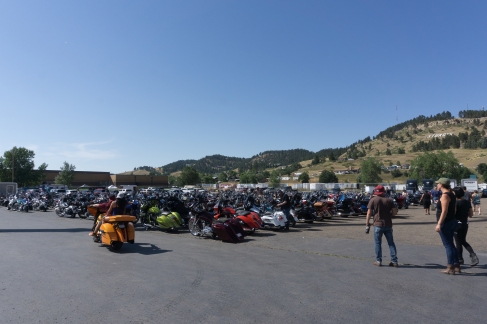 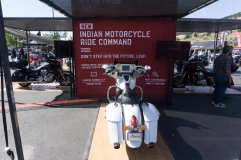 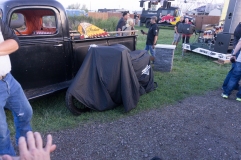 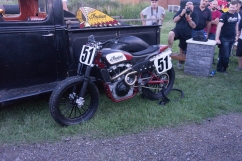 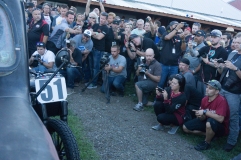 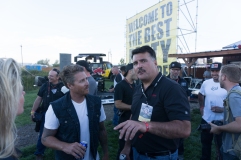 One thought on “Sturgis and Home Again”