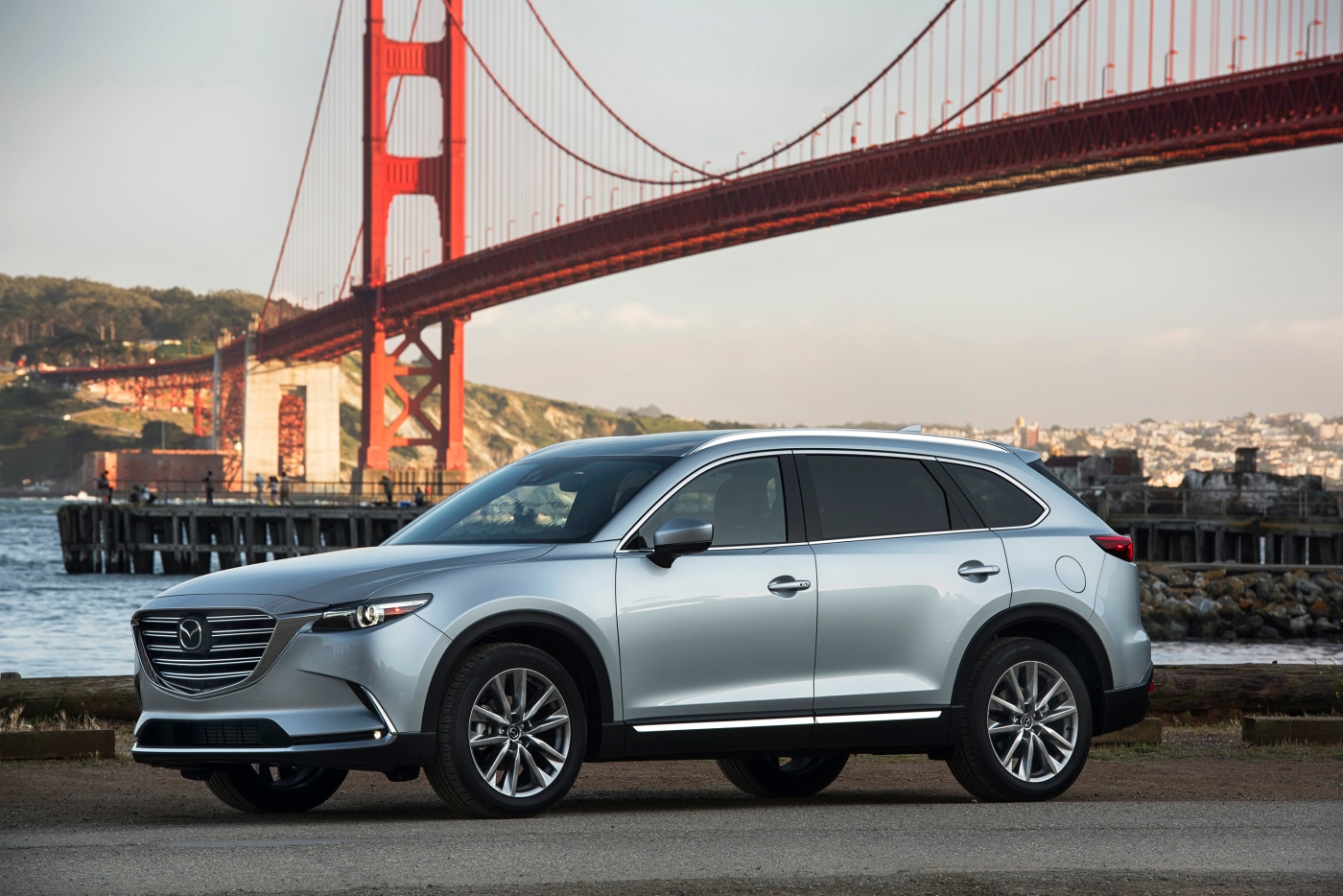 It’s not the CX-9 itself, which has been around since 2006. It’s Mazda’s subtle foray into the luxury car class, which it tried back in 1992 with a car called the Amati.

That effort never came to fruition and the Japanese company proceeded to build solid and inventive cars for the middle class—even a highly-praised sports car with the two-seat MX-5 Miata.

The only leftover from the Amati effort was the Mazda Millenia, which was scaled back from luxury and sold from 1993 to 2003 as a mid-priced sedan in the Mazda lineup. It stood out because it used a Miller-cycle V6 engine, supercharged with a unique combustion cycle to deliver enhanced power with improved fuel economy.

At the time, Mazda was alone in trying out diverse power plants, including the Wankel rotary engine that powered its RX-7 and RX-8 sports cars.

Over the years, the company gradually eschewed experimentation in favor of steady improvement of existing models. That led to its SkyActiv design philosophy, which is a holistic approach that examines every facet of a given car or crossover—from redesigning transmissions to taking a couple of ounces out of a rear view mirror as part of overall weight reduction.

With the late arrival of the 2016 CX-9, Mazda has completed the process of applying SkyActiv to all of its models. At the same time, without explicitly saying so, it has again ventured into luxury territory, saying that it expects “more affluent and aspirational customers” to gravitate toward the CX-9,

From the outside, the new CX-9 presents handsome, integrated styling that flows from a prominent five bar grille over a long hood and sculptured body—what the company calls its “Kodo” design philosophy. It is augmented by a palette of custom colors, including a new Machine Gray, designed to look like a blemish free steel ingot.

But it was the interior that drew the thumbs-up comments at the national introduction. Test vehicles were all top-line Signature models with interior design and materials that would do justice to an Audi, Cadillac or Mercedes-Benz. 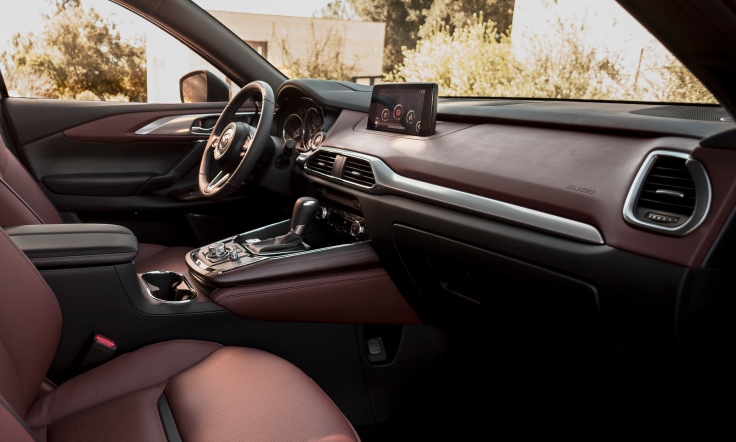 Ingredients included genuine Japanese Rosewood that looked as if it had been hand rubbed, real aluminum trim and fine Nappa leather. They flowed together in contrasting colors and textures to deliver lavish accommodations and comfort.

The CX-9 is a midsize crossover SUV with three rows of seats to carry up to seven passengers. It competes against the new GMC Acadia, Toyota Highlander, Honda Pilot, Ford Explorer, Kia Sorento and Hyundai Santa Fe.

There are seven versions: Sport, Touring and Grand Touring with front-wheel drive or all-wheel drive and the Signature, which comes only with all-wheel drive. All are powered by a new 2.5-liter turbocharged four-cylinder engine that delivers 227 hp on regular grade gasoline and 250 hp on premium fuel.

A single lever tilts the outboard right second row seat for access to the third row but does so in a way that a child seat need not be removed. Climbing into the third row, however, takes agility. Although they will accommodate middling to smaller adults, the two third-row seats are suitable mostly for kids and teens.

On the road, the CX-9 is a comfortable cocoon for long distances. The designers incorporated 53 pounds of sound deadening materials between the floor pan and carpet, which nearly eliminates road noise. Engine and wind noise are similarly subdued.

In cruising and passing, the turbo engine delivers steady and strong power through the six-speed automatic transmission, which shifts smoothly and unobtrusively. City/highway/combined fuel consumption in all-wheel drive models is rated by the EPA at 21/27/23 mpg.

Prices start at $32,420 for the front-drive Sport model and range up to $44,915 for the tested all-wheel drive Signature version, which carries a full suite of safety and connectivity features.

Combine all that with the unabashed luxury orientation, especially with the Signature trim, and the new CX-9 looks hard to resist.