Although Tesla gets most of the attention and expensive newcomers like the Porsche Taycan and Audi e-Tron get the praise, the almost-venerable 2020 Nissan Leaf continues as a decent, relatively inexpensive, alternative for anyone who wants an electric car.

We can give it the venerable title because the Leaf was the first modern mass-market electric car from a major vehicle manufacturer. Introduced in the United States in December, 2010, it was the best seller until recently, when the Tesla Model 3 passed it.

But best-selling as an electric doesn’t compare with the resurgence of small-displacement fossil-fuel engines, which now dominate the market, mostly in crossover SUVs.

In 2019, electric cars  accounted for 1.9% of the U.S. sales of cars and light trucks. If you skip trucks and you’re just talking cars, it’s about 6%. So, motorist acceptance likely will not arrive for some years to come as manufacturers scramble for battery and charging breakthroughs.

But electric cars possess a great deal of innate appeal: They don’t pollute, they’re fuel efficient, have low maintenance costs, are quiet and relaxing to drive, never have to visit a service station and, best of all for people who enjoy driving, are natural great performers.

The excitement common to all electrics comes from the nature of the electric motor, which produces maximum torque, or twisting force, immediately when they are switched on. That’s unlike gasoline or diesel engines, which deliver their maximum torque when they reach a certain revolutions per minute (rpm).

With the Nissan Leaf electric, you sit quietly at a stoplight as if the motor is switched off, though it’s still connected. The light changes and you punch the throttle pedal. Wham! You have full torque, enough with the nearly two-ton Leaf SV Plus to nail 60 mph in about seven seconds. 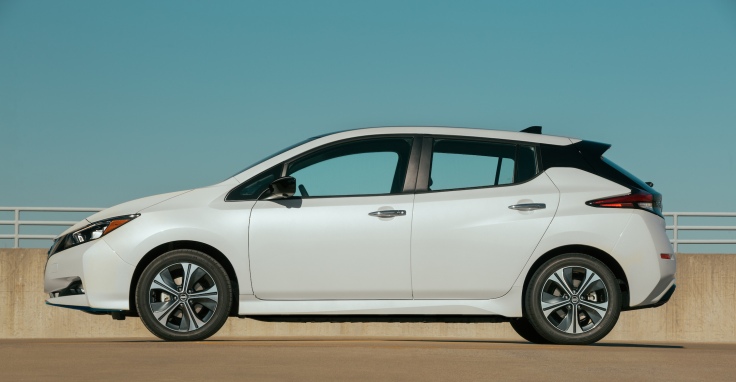 You don’t even need a transmission to multiply the torque. The “force be with you” for acceleration and passing exists because of the motor itself. That’s why most electric cars list the transmission as “single speed automatic.”

Drive the around all day, even take a short trip — the advertised range is 215 miles with its 62 kilowatt-hour battery — then plug it into a 240-volt home or commercial charger overnight and it will be ready to boogie again the next day.

Of course, the downside of the Leaf and other pure electrics is the time required to recharge the battery. With a 240-volt charger, it takes about 11 hours, OK overnight. If you have access only to household current, figure on a couple of days. So long trips, unless meticulously planned  for charging stops and stays at rural motels, are likely out of the question. 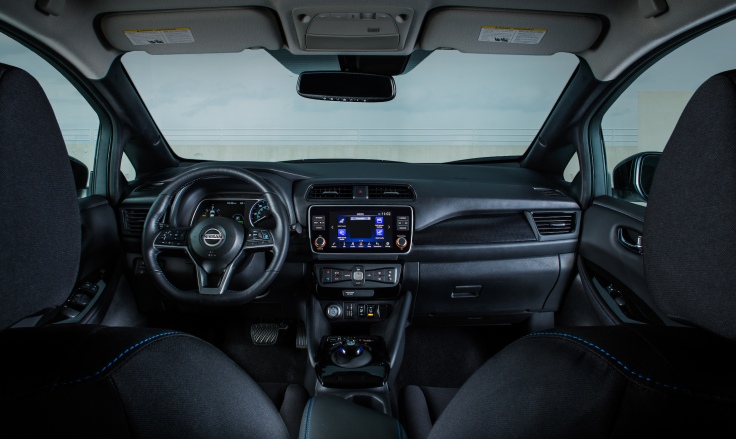 That likely will change as battery technology and charging equipment improve. Until then, most people will stick with their gassers, which can be refueled in minutes at an Interstate truck stop.

All of that said, the tested Nissan Leaf SV Plus is a nifty, even endearing choice. First, it’s a standard four-door hatchback with midsize room for five (though the center-rear passenger is dissed as usual) and plenty of space in a deep cargo area.

The surroundings are familiar. There’s a simple knob on the console for shifting into forward, reverse and park. It’s different but not goofy. Instruments, controls and infotainment are all intuitive and mostly easy to figure out. If not, consult the owner’s manual.

It’s all set up for careful drivers who want to extend their range—and it works. First, there’s a B setting to augment the D for drive. Simply shift the knob a second time. It switches from a coasting mode on deceleration to one that more aggressively slows the Leaf. The regenerative braking helps recharge the battery while you’re driving.

There’s also a so-called e-Pedal mode, activated by a switch on the console, that delivers even more aggressive regenerative braking that allows what is called “one pedal driving.” If you learn how to use it, you can re-charge the battery even more and never use the brake pedal.

The Leaf comes in five trim levels, with a starting price for the S version of $32,525, including the destination charge. Tested for this review was the SV Plus, which had a suggested price with options of $42,670. Others are the SV, S Plus and SL Plus 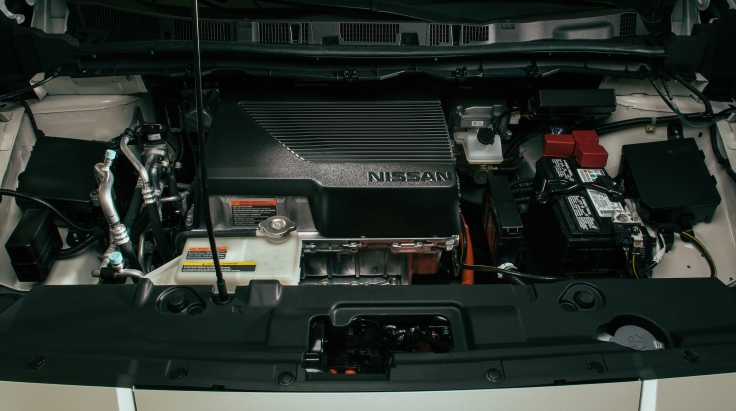