Through five generations of production since the 1995 model year, Avalon has been the flagship of the Toyota lineup in the United States. That doesn’t necessarily mean that it has been given a lot of respect or attention on the sales floor. Though it shares a platform, TNGA (Toyota New Global Architecture), with sibling Camry, Avalon sales in 2019 were one-tenth the number of Camry sales. Looking at Avalon Hybrid sales versus Camry Hybrid sales reveals a different balance. In 2019, Toyota sold 26,043 Camry Hybrid sedans, while selling 6,552 Avalon Hybrid sedans, about a 4:1 ratio – much closer than the overall numbers. What’s going on here?

I decided to take the 2020 Toyota Avalon Hybrid for a week-long test drive to see if I could figure it out.

My test vehicle was a Limited trim level with a list price of $43,150. With options ($1,150 Advanced Safety Package; $259 Carpet Mat Package) and a $950 Delivery Processing and Handling Fee, my Parisian Night Pearl Avalon Hybrid carried an as-tested price of $45,489. 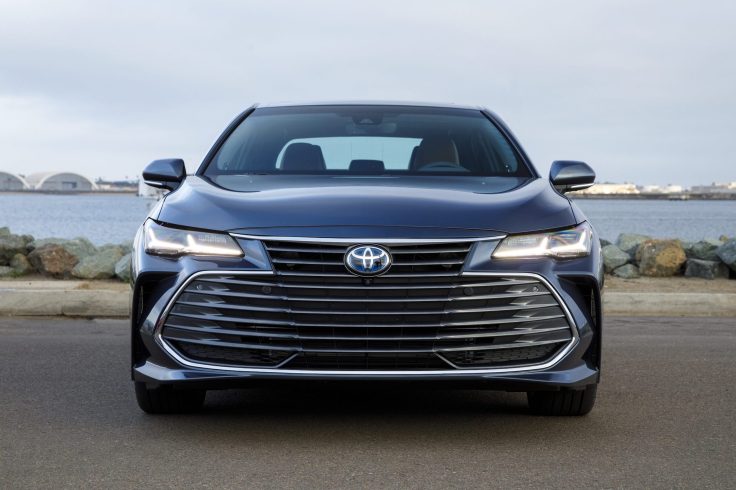 Avalon spent its first four generations cloaked in blandness, but the new generation, which launched with the 2019 model year, is much more interesting and attractive. Sharper lines, a bolder snout, and, dare I say, sportiness to the exterior have livened up the big sedan. Still on the conservative end of the spectrum, but much better than before.

Inside, Avalon manages to achieve Lexus levels of luxury, but with a flair that matches Avalon’s newly spruced exterior design. I particularly like the way that the center stack is set off from the dashboard, putting the standard nine-inch touchscreen display at the top. My Limited model also included a 10-inch head-up display, which beamed information into my line of sight in the driver’s windshield – a very desirable safety feature, well-executed. 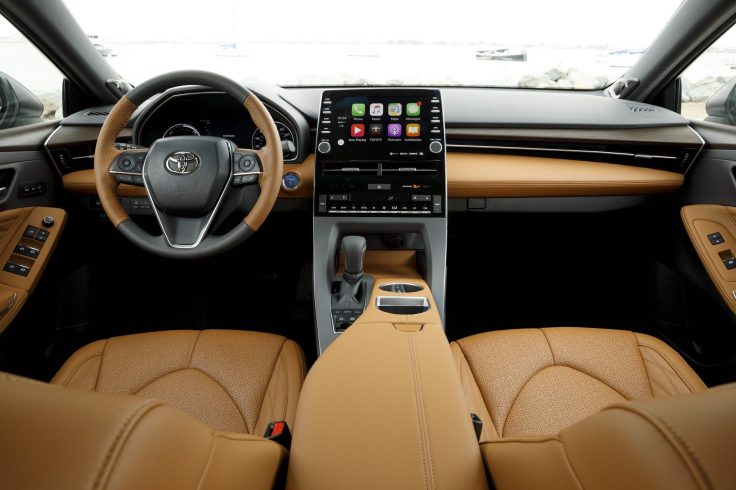 Avalon is roomy and comfortable, notably so in the second row. The flexible TNGA platform has allowed engineers and designers to stretch the wheelbase by two inches over Camry, and to put that additional space to use in the second row of the Avalon, almost to executive sedan level.

Under the hood, Avalon Hybrid uses a 2.5-liter inline four-cylinder gasoline engine (176 hp/163 lb-ft of torque) and a pair of electric motors. One motor operates as a generator, engine starter and hybrid battery charger, while the other drives the front wheels and captures braking energy during regeneration. The drive motor has a maximum output of 118 hp. A continuously variable automatic transmission (CVT) directs power to the front wheels, with a net system horsepower rating of 215. The hybrid battery pack is a sealed Nickel-Metal Hydride (Ni-MH) type with a nominal voltage of 244.8. Systems that are designed to deliver extensive EV-only range have mostly switched over to Lithium Ion battery packs, which are more energy-dense (and more expensive) than Ni-MH. Avalon Hybrid is engineered for overall fuel efficiency, not pure electric range or operation – Toyota doesn’t even provide information on EV range, though there is an EV button on the center console. In practice, I found that it was nearly impossible to keep the Avalon Hybrid in EV mode, as the faintest push on the accelerator pedal kicked the car back into hybrid operation. In any event, Avalon Hybrid Limited is rated to achieve 43 mpg city/43 mpg highway/43 mpg combined – very impressive for a roomy five-passenger sedan with a 16.09 cubic-foot trunk and a 3,715-lb curb weight.

The TNGA platform reaps big benefits for Avalon Hybrid when it comes to handling. While Avalon Hybrid isn’t exactly sporty, it is a sharp-handling, connected car that responds precisely to inputs, turns in sharply, and delivers a comfortable, controlled ride. Past generations of Avalon have been correctly criticized for being a little too floaty and cushioned, but those are voices of the past. While enthusiastic drivers will wish for quicker acceleration (get the gas-only V6 for that), few will complain at Avalon’s overall competence and comfort.

The big reveal for the Avalon Hybrid, and maybe its secret weapon, is the fact that choosing the Hybrid over the gasoline-only Avalon only adds $1,000 to the suggested retail price.

I’d be very comfortable recommending the Avalon Hybrid to anyone who is looking for an efficient, luxurious, pleasant to drive and relatively affordable five-passenger sedan.