Although it is beginning to show its age, the 2020 Lexus GX460 has managed to stay relevant and even desirable among midsize premium sport utility vehicles.

The GX460 comes from the luxury brand of Toyota, with all the expectations of quality and durability that entails. But unlike most other new SUVs in its class, it is an older design that harks back to the days when most SUVs were built like pickup trucks, with body-on-frame construction. 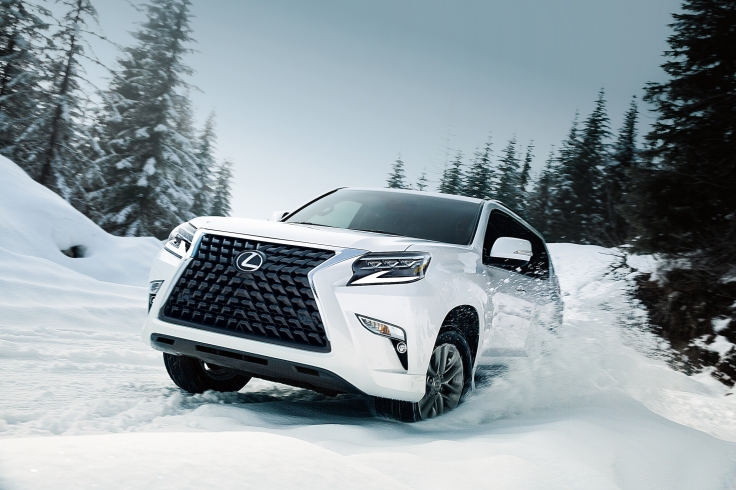 Though Lexus also produces crossover SUVs, which have unit-body construction like conventional sedans, it has stuck with the truck-like architecture for both of its top-line models: the GX460 and the LX570.

With that, it is out of sync with the avalanche of crossover SUVs in every price class that are taking over the market in the United States. Yet the LX460 is not alone. There still are quite a few truck-based SUVs struggling against the crossover onslaught.

The basic design has roots in the depths of the Great Depression when manufacturers started building tall station wagon-style vehicles dubbed Carryalls or Suburbans. Chevrolet’s Suburban made its debut 85 years ago, in 1935.

Modern SUVs came along in the latter part of the 20th century with vehicles like the Jeep Cherokee and Wagoneer, and what became the most popular of its genre, the Ford Explorer, which made its debut in 1990 and soon became a best seller. Over the years, it alternated between a truck-based SUV and a unit body crossover and also provided the basis for the Lincoln Navigator.

The first clue that the Lexus GX460 is no longer a fully realized modern SUV comes when you give the turn signal lever a brief click, expecting the three flashes of the lights to indicate a lane change — a longstanding feature on European cars and now nearly universal. There’s no response. You have to click the lever all the way and then turn it off after you change lanes.

Then there’s the lane departure warning, another safety feature especially aimed at inattentive driving. However, the GX460’s system does not include an assist feature to steer the wandering vehicle back in its lane.

Then there’s the so-called “refrigerator door.” Instead of the ubiquitous tail gate that opens overhead, the GX460 has a side-swinging door—not unlike the original Honda CR-V in the 1990s — that opens on the left side. Anyone loading cargo on the street has to stand in traffic. You could also argue that the 4.6-liter V8 engine with 301 hp and 329 lb-ft torque is also something of a relic in an age of powerful, turbocharged, small displacement engines. But there’s nothing like the Lexus V8’s surging, silky power, delivered to all four wheels through an unobtrusive six-speed automatic transmission.

On or off the road, the GX460 is never out of breath or lacks power for the task at hand. It is a comfortable, serene highway cruiser with capable handling on curving roads, as well as one of the few vehicles of its size with a reputation for capability to negotiate serious off-road terrain.

Despite the fact that the Lexus GX460 last had a complete redesign a decade ago, it has kept up on safety equipment, off-road capability and luxury amenities. There are three rows of seats. On the tested GX40, there were captain’s chairs in the second row for a total of six-passenger seating. Mostly, owners likely will leave the tiny third-row seats folded flat to expand the stingy cargo space of 12 cubic feet. But to use the seats you must remove a big, clumsy cargo cover shade and re-install it.

With the third row folded, there’s 47 cubic feet of space and, if you also fold the second row, a total of 65 cubic feet.

No surprise, the 2020 GX460 has most of the equipment and features any customer would expect of a modern luxury SUV with a base price of $65,290, including the destination charge. And, as equipped for this review, an as-tested price of $71,240.

On the amenities list, there’s plenty of posh luxury items that include power everything, perforated, heated and cooled leather upholstery, and a rear entertainment system, among others.