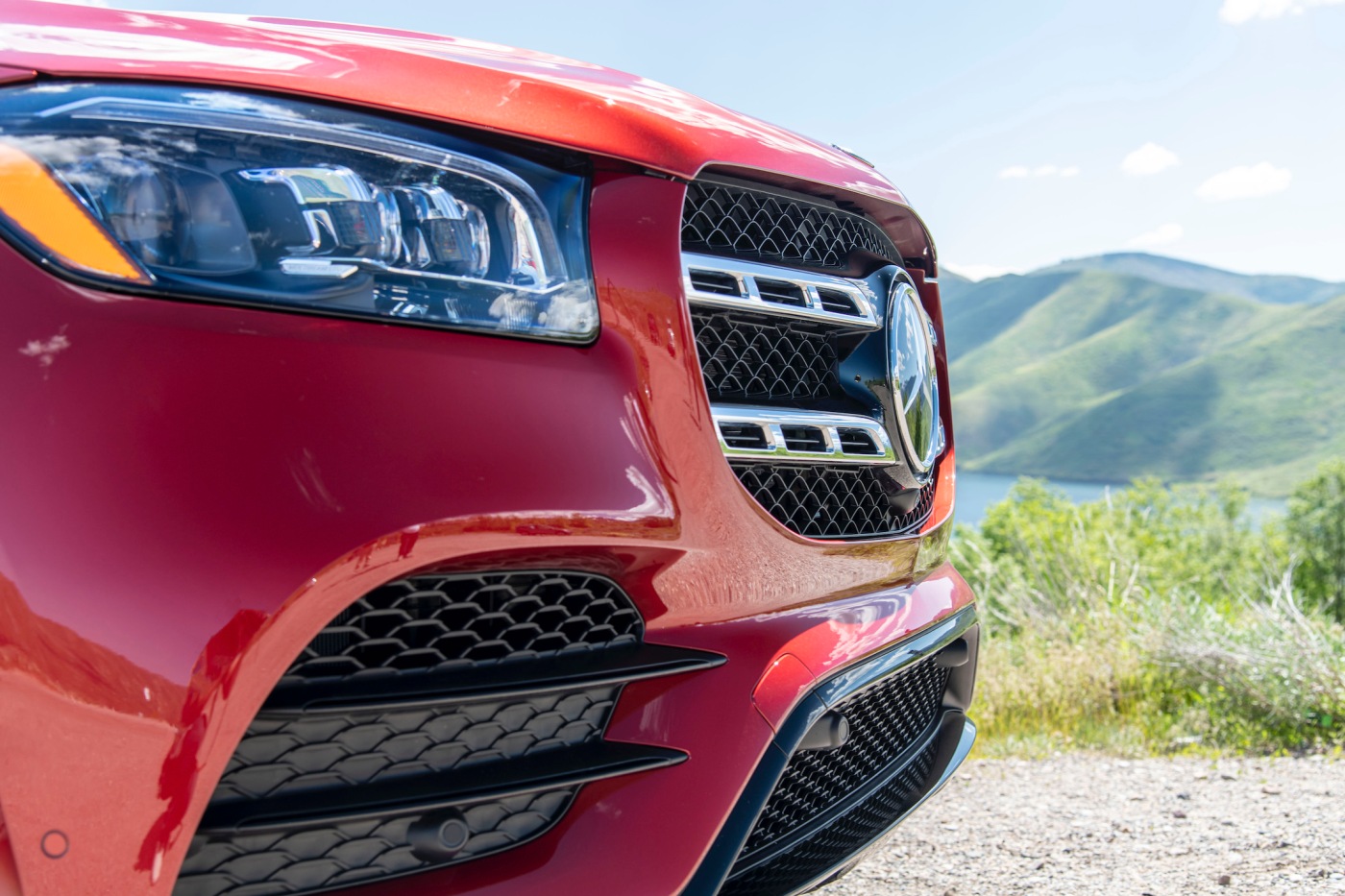 It looks like we’re approaching the end of the era of the full-sized gasoline-powered luxury SUV. Electric and hybrid gasoline-electric vehicles are closer than the horizon; they’re taking up parking spaces all around us. So, I’m glad that I’ve had a chance to spend a week in an SUV that may represent the peak of its genre – the 2020 Mercedes-Benz GLS 580 4MATIC – just before its genre begins to disappear. 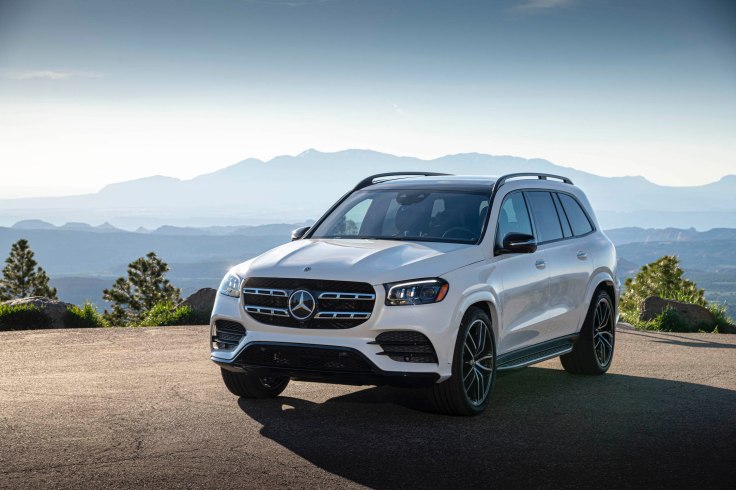 GLS is a three-row SUV, now entering its third generation of production. The first-generation (2007 – 2012) and part of the second-generation (2013-2019) vehicles were called “GL” until 2016, when the Mercedes SUV lineup underwent a change of nomenclature to correspond with its car-naming conventions. Instead of a disorganized set of class names, Mercedes now has GLA, GLB, GLC, GLE and GLS models (and the roguish G-Class), roughly corresponding to the A-, C-, E- and S-Class sedans, wagons, coupes and cabriolets (B-Class is not currently sold in the U.S.). If you think of the GLS as the S-Class of SUVs, you’ll have a good picture of where it fits into the Mercedes lineup. 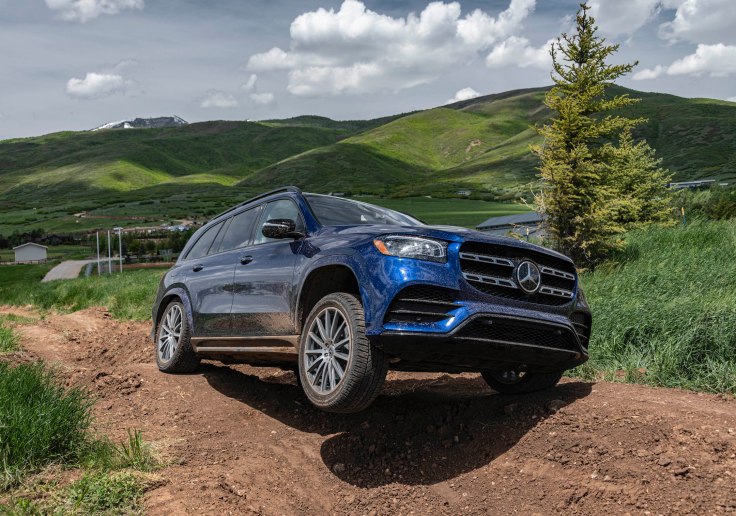 GLS is a big and beautiful SUV, with assertive, elegant styling that is not overwhelming or overstated. It is 205 inches long, 84.9 inches wide (with mirrors) and 71.8 inches tall, and weighs in at 5,699 lbs. Somehow, wearing 21-inch wheels and with a minimum of 7.9 inches of ground clearance, it still manages to have a great stance. Fit and finish are first-rate, as expected on a luxury car. My test vehicle wore a coat of optional ($720) Mojave Silver Metallic paint, the automotive equivalent of a grey flannel suit, and projected an air of executive competence. 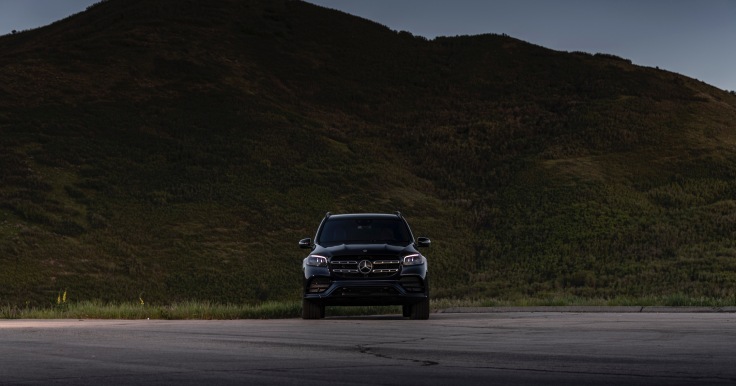 Inside, the GLS cabin is like a taller version of the S-Class cabin. Drivers who prefer a tall seating position and commanding outward view will love the GLS. The third row is easily accessible, and actually makes GLS a superior passenger conveyance over S-Class. With 17.4 cubic feet of luggage space behind the third row, it has almost as much capacity as the S-Class’s 18.7 cubic-foot trunk. Fold down the second row, and you’ve opened up 42.7 – 48.7 cubic feet of room. If both second and third rows are folded flat (which you can do with the push of a few buttons), 84.7 cubic feet of luxury goods can fit in the GLS. 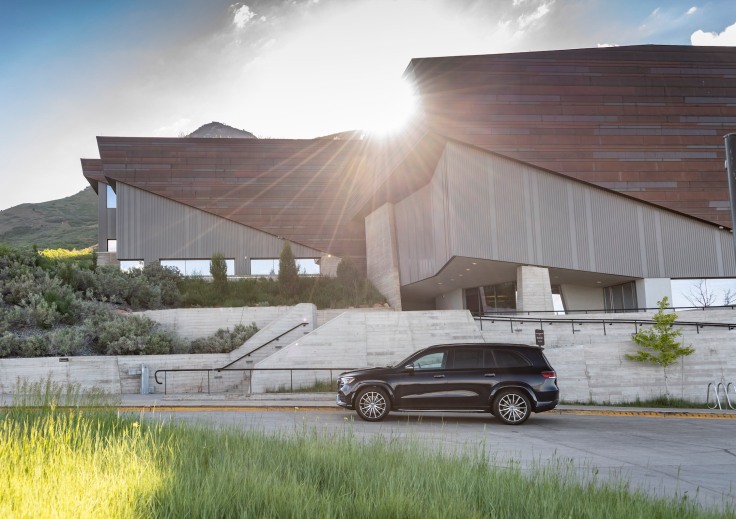 Luxury is a given in a Mercedes-Benz, and so is technology. GLS is loaded with it, from the ridiculous to the sublime. On the ridiculous side is a new Car Wash mode, which can be triggered to automatically fold in the side mirrors, close the windows and sun roof, turn on the forward-facing camera, and disengage all-wheel drive. If you’ve invested $100,000 in your GLS, I guess you’ll want to keep it clean. On the sublime side, a widescreen digital instrument cluster and widescreen infotainment display, along with optional ($1,100) head-up display provide clear, uncluttered information to the driver at all times. Mercedes-Benz’s interface has improved over the years, and is now intuitive and simple to navigate, responding to swiping gestures familiar to tablet and smartphone operators. The standard Burmester Surround Sound System is nothing short of magnificent. The leather seating is firm and comfortable, with standard massage, ventilation and heating for driver and front passenger, optional ($4,400) Executive Rear Seat Package Plus adding heat and ventilation to the second row. My test car also had the Energizing Package Plus ($2,100), which gilds the lily with Active Multicontour front seats and Air-Balance with fragrance – so you can add specially curated scents to your interior. 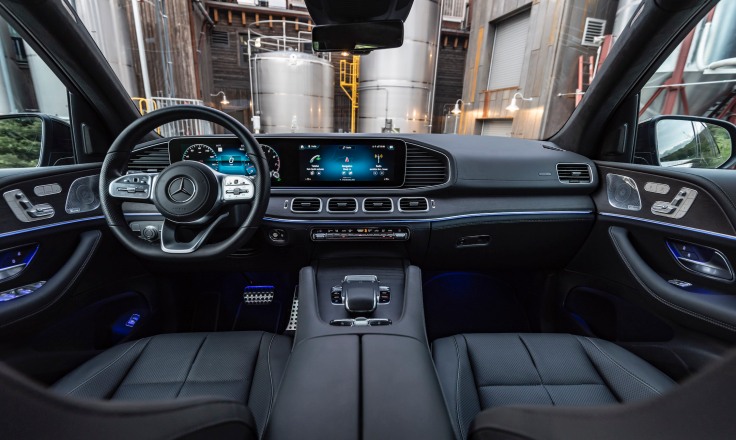 It would be easy to spend all day listing features on the GLS 580, none of which would matter if it weren’t for the beast of an engine that lurks under its hood. A 4.0-liter twin-turbocharged V8 pumps 483 hp and 516 lb-ft of torque into a nine-speed automatic transmission and all-wheel drive (4MATIC). Mercedes estimates 0-60 mph times at 5.2 seconds, which is plenty quick for a car, and downright impressive for a 5,700-lb SUV. What’s even more impressive is the way that the GL handles and steers. Air suspension is standard, and my test vehicle came with $6,500 E-Active Body Control, which can actively alter control spring and damping forces at each wheel and even lean the vehicle into bends like a motorcycle (subtly, of course). A stereo camera is employed to scan the road surface ahead, so the suspension can be pre-loaded to compensate for bumps and dips. The result is a smooth ride, even over the winter-ravaged Michigan roadways that I had to contend with during my test period. 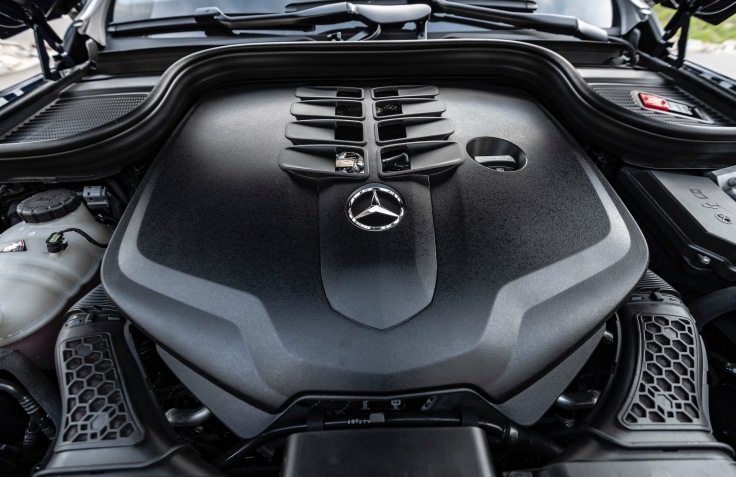 Make no mistake, this is a high end, luxury conveyance with a big price tag. GLS 580 starts at $98,800, and my test vehicle was loaded with options, taking it to an as-tested price of $119,950. Compare it to the BMW X7, Cadillac Escalade, Audi Q8, Lincoln Navigator, Lexus LX, and Volvo XC90.

Until the Mercedes-Maybach GLS ultra-luxury SUV arrives for 2021, I think we’ve seen the peak of gasoline-only luxury SUVs in the 2020 Mercedes-Benz GLS 580 4MATIC. 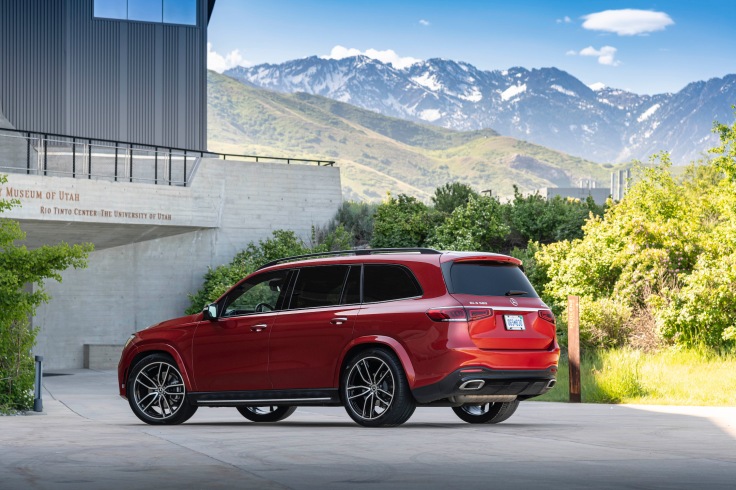