Hoopla for the Supra 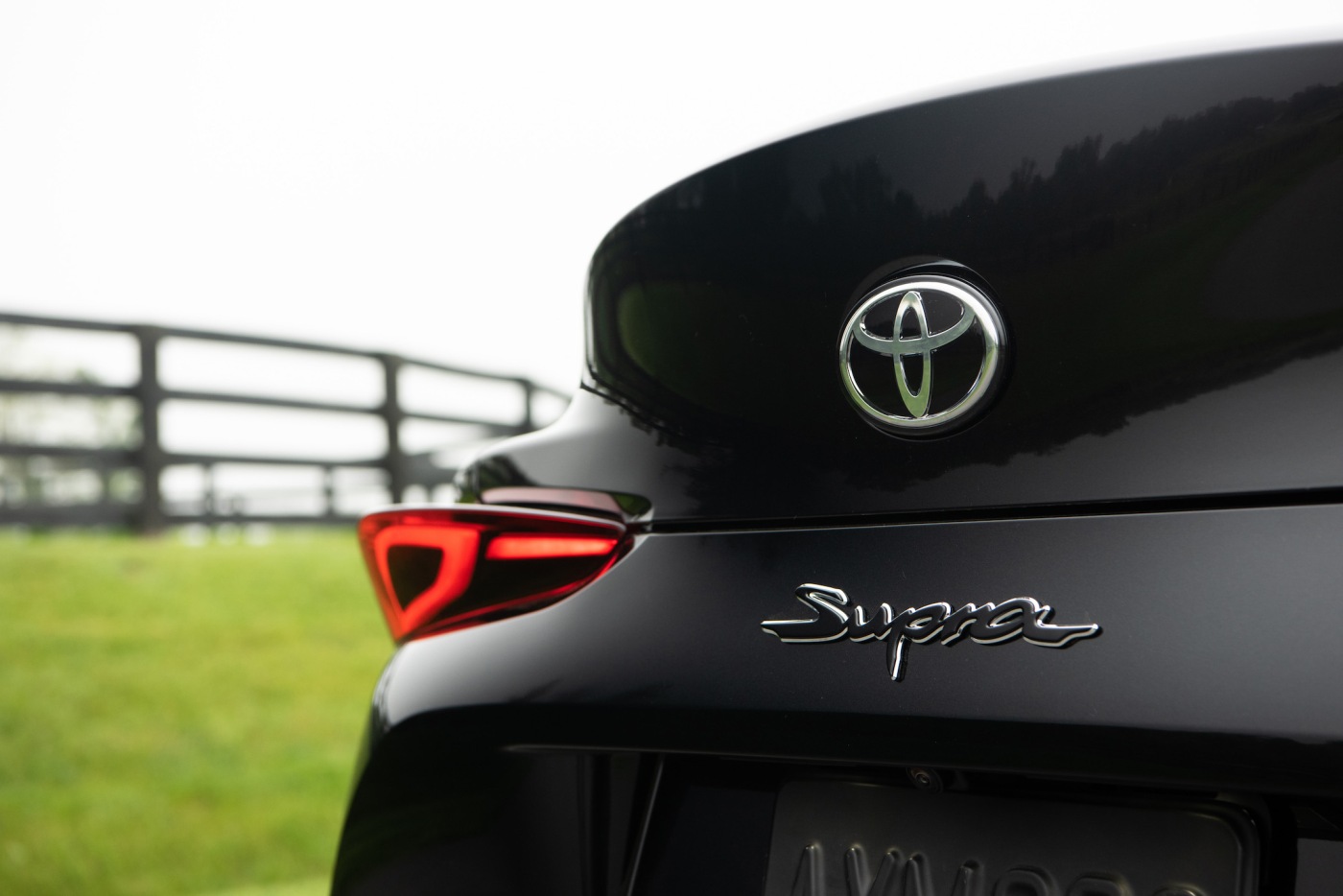 Ever since the Supra made its debut at the 2019 North American International Auto Show in Detroit this January, I’ve been itching to get a drive. I waited (sort of) patiently, bugging my local Toyota reps every few weeks for my chance. Finally, to get me to stop calling, I think, Toyota delivered a Renaissance Red 2.0 2020 Toyota GR Supra Launch Edition to my house for a week of fun. The Launch Edition is a special, limited trim level that carries a list price of $55,250. My test car came with an optional ($1,195) Driver Assist Package, a Delivery, Preparation and Handling Fee of $930 for an as-tested price of $57,375.

In case you’ve missed the hoopla, Supra is a two-seater GT-style sportscar that was developed in a cooperative venture between Toyota and BMW, and which shares many powertrain and technology features with the new BMW Z4. Not that you’ll find many mentions of that in Toyota’s press materials, or BMW’s for that matter. Toyota is proud to crow about its in-house engineering and on-track development with GAZOO Racing (the “GR” part of the new car’s name). Akio Toyoda himself was hands-on with the performance tuning of the new Supra, and was visibly proud and excited when he unveiled the car in Detroit.

The Supra nameplate was used on Toyota models in the United States for four generations from 1978 to 1998, and returns here for the first time in 20 years. Supra was one of the first Toyota models to receive serious attention and respect for its handling and performance on the race track and on the road, and probably hit its pinnacle when it was featured in the 2001 film “The Fast and the Furious.”

I really love the exterior design of the new Supra. It has a long hood, a very expressive face with piercing headlamps, big air intakes at the bottom, and a tasteful Toyota logo on its nose. Big 19-inch forged aluminum heels tuck under the front fenders, with wider 19-inch wheels under more muscular fenders in the rear. The roof is distinctive, with bubbles over the driver and passenger’s heads, and a slight depression running down the middle. The short cabin ends in a fast slope, with a tastefully upturned tail that is said to suppress lift. There’s a little bit of retro feel to the car – if you squint, you can see influences from the cool 2000 GT, one of Toyota’s sports cars from the 1960s.

Inside, the design is crisp and clean. I especially like the horizontal slot that houses the HVAC outlets, and the tastefully minimal array of knobs and buttons on the center stack. Befitting a modern car, there’s a big 8.8-inch diagonal touchscreen prominently placed at the top of the center stack, home to Toyota’s infotainment setup. All of the expected technology is aboard, plus the pleasant appearance of Apple CarPlay, which is just starting to populate the Toyota ecosphere. A color head-up display is standard. 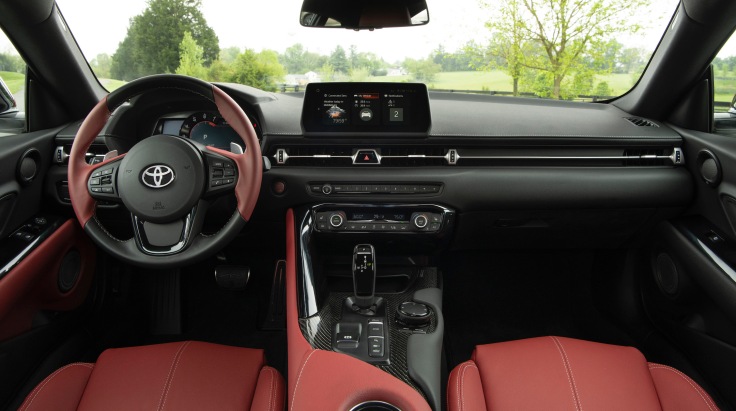 The Supra seats are race-inspired, very supportive and comfortable, and roomy enough for my American form. The leather seats in the Launch Edition are nicely finished, as is all of the trim throughout the cabin. Special carbon fiber trim is used tastefully, and adds a high-tech feel.

What’s it like to drive? I thought you’d never ask. Under the hood lurks a turbocharged 3.0-liter inline six-cylinder engine that’s tuned to produce 335 hp and 365 lb-ft of torque. An eight-speed automatic transmission with an active differential and paddle shifters sends power to the rear wheel. MacPherson strut front suspension and a multi-link rear use adaptive dampers. Toyota estimates that the 3,300-lb Supra can scoot from 0 – 60 mph in 4.1 seconds, and will be electronically limited to a top speed of 155 mph. It certainly feels fast, thanks to assertive shifting by the transmission and a low, low seating position. The car is beautifully balanced, and hugs the curves like a champ. In true GT fashion, it is a serene cruiser, too, eating up highway miles with ease. The cabin is small, but outward visibility is quite good, so there’s no feeling of claustrophobia in traffic. I just wanted to drive and drive during my week with the Supra – and I did. I think I passed every mile with a smile pasted across my face.

I guess I’m a little bit old-fashioned, because while I appreciated the smooth shifting of the automatic transmission, my one disappointment with the Supra was the absence of a manual transmission option. The paddle shifters gave me the chance to interact with the engine, but I found myself wishing for a little more visceral engagement.