Though it looks almost the same as its predecessor, the 2020 Land Rover Range Rover Evoque could be named the Evolve. It’s a more refined version of itself, as if it had attended finishing school.

On paved roads it is commendably quiet, comfortable and luxurious with understated agility and dignified road manners suited to royalty. Queen Elizabeth, who does some of her own driving, would be at home in an Evoque.

The Evoque comes from Great Britain’s storied Land Rover, which means its schooling included brawny feats of strength negotiating trackless wilderness. The Evoque has that, including the capability to motor through nearly two feet of standing water.

In the U.S., however, it’s doubtful that many customers would choose the Evoque — or its siblings — for anything other than the fashionable image of parking it outside the house or business. A hard-core off-roader likely would buy a used Land Rover or the all-new Defender.

The original Evoque arrived in 2012 and has been a steady presence in Land Rover’s lineup. It is the smallest of the Range Rovers, competing in a class of small crossover SUVs that includes the Porsche Macan, Audi Q3 and Lincoln Corsair.

Though the base Evoque comes with a price tag of $43,645, the version tested here was a First Edition, which translated into the fully loaded model with every option and a sticker price of $57,845.

The most striking thing about it was its 21-inch wheels, which stylishly filled out the wheel openings and improved the ground clearance, already more than eight inches. However, for tough going at the original Evoque’s debut, the front bumper was removed for a better approach angle. The same might be needed for the 2020 model.

The tester came with Land Rover’s Terrain Response: selectable settings for on-road fuel economy; comfort; grass, gravel and snow; mud and ruts, and sand. There also was an automatic setting and hill descent control for off-roading. 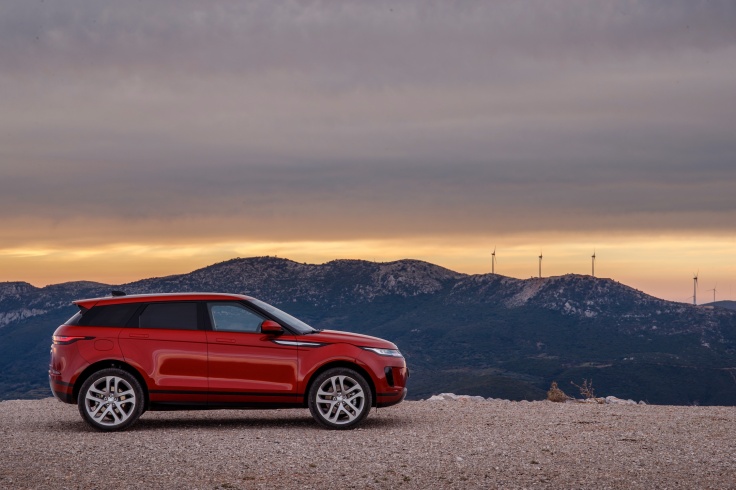 Power comes from Land Rover’s 246-hp, 2.0-liter turbocharged four-cylinder engine, which delivers 269 lb-ft of torque, or twisting force. The engineers have done a masterful job of smoothing out inherent vibrations so this turbo four feels more like a smooth six-cylinder engine.

Turbo lag is almost nonexistent. The annoyance comes from the idle stop-start system, which shuts the engine down at stops, then takes a few seconds to restart before moving off. Fortunately, the stop-start can be turned off with the touch of a digital icon.

There are few buttons or switches controlling the Evoque. Almost everything operates digitally by touching a smooth surface. The equipment should include lessons in emoji reading to figure out what all the little symbols mean. Adjustments can be distracting and should not be attempted while underway. 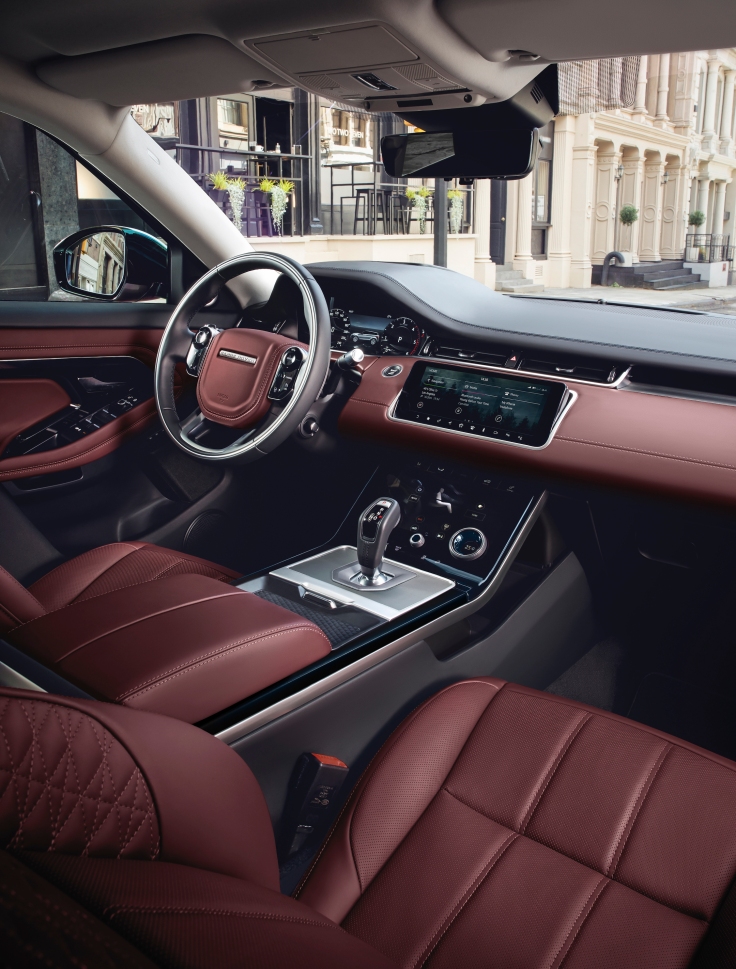 The power gets to all  four wheels through a slick-shifting nine-speed automatic transmission that can be manually paddle-shifted. Besides the Drive position, there’s a sport setting that adjusts shifts to higher rpms for better performance.

Land Rover rates the zero to 60 mph acceleration at seven seconds, though the Evoque feels quicker and independent tests have put the acceleration in the six-second range. Top speed is rated at 143 mph.

But the proof is in the driving. Though the Evoque is a small, though not so tall, crossover SUV, it handles more like a sport sedan on twisting roads. Automatic torque vectoring divides the power side-to-side at the rear wheels to help hustle around curves and enhance the feeling of control.

As a small crossover, the Evoque does not offer generous space. Front-seat passengers have plenty and the back seat is barely accommodating of average-sized adults. But any poor soul relegated to the center-rear seat, with a hard cushion and big floor hump, should be a small child or gymnast. Rear vision is compromised by a small back window and large rear headrests. Behind the rear seat is a cargo area of 22 cubic feet.

Like some other European manufacturers, Land Rover doesn’t quite get a few things. The Evoque has a panoramic glass sunroof with an opaque sunshield. But it doesn’t open. The front sun visors do not slide on their support rods to adequately block sun from the sides. And there are no assist handles front or rear to help people enter and exit. 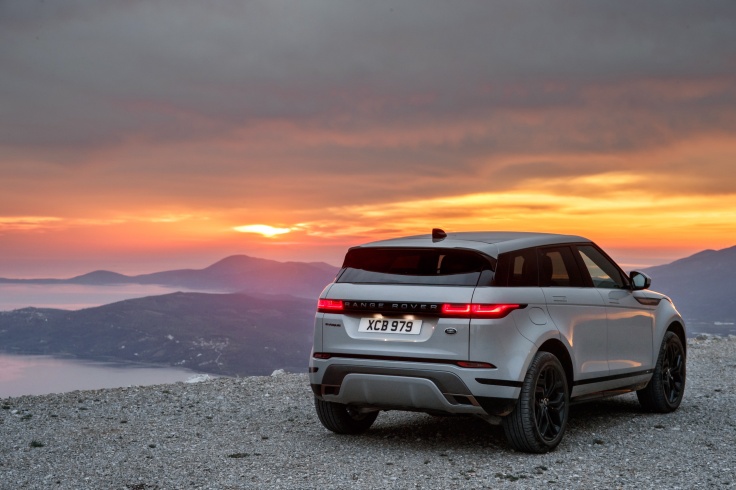