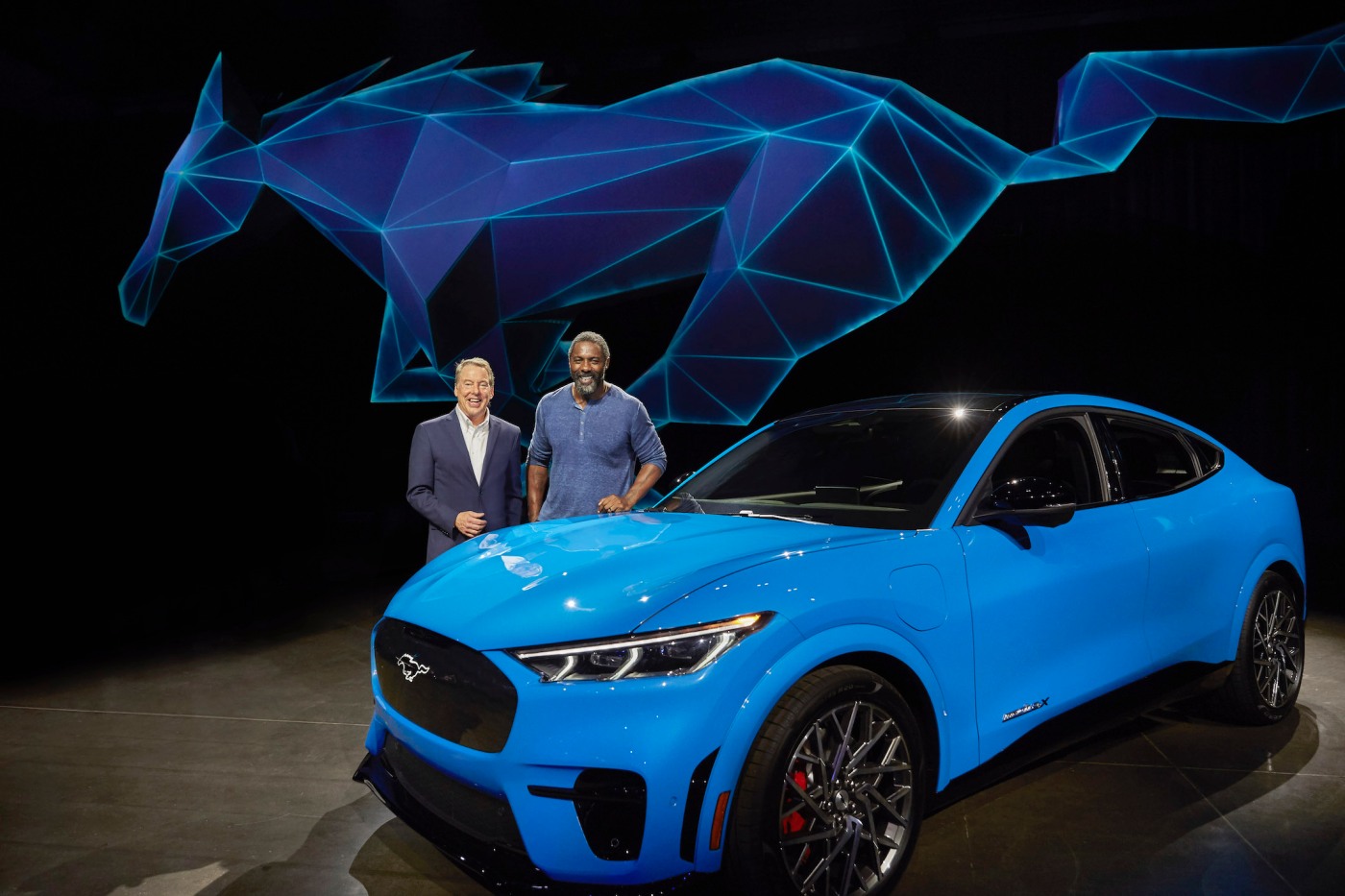 Hawthorne, CA — With an event that would have done justice to a herd of stampeding wild horses, the Ford Motor Co. unveiled its newest and most radical Mustang, an all-electric crossover SUV named the Mach-E.

More than 600 witnesses, including automotive journalists from around the world and  a host of Ford supporters, engineers and designers, gathered Sunday evening, November 17, in an airport hanger in this suburb southwest of Los Angeles. Presiding was none other than William Clay Ford Jr., the great-grandson of founder Henry Ford and Executive Chairman of the Ford Motor Co.

Mr. Ford has a reputation as an environmentalist, and pronounced this new machine as “a new Ford for a new age,” a non-polluting vehicle that, as some naysayers might point out, gets its electric power from a variety of sources, including fossil fuels.

The event was both a gamble and a bold leap into the future for the storied automobile manufacturer, which made a calculated decision to trade on the name of its original and still popular pony car, the Mustang, which was introduced in 1964 with a small six-cylinder engine and a three-speed floor-mounted stick shift, and without air conditioning.

Contrast that with the 2021 electric Mustang Mach-E, which goes into production next year with a choice of all-wheel drive or rear-wheel drive and powered by one or two electric motors that in the top performance model can hit 60 mph in three seconds, faster than the current top performing Mustang Shelby GT500 — and without any of the ear-splitting exhaust sounds.

More realistically for consumers, Ford says the Mach-E, depending on the model, will deliver 225 to 332 hp and 306 to 417 lb-ft of torque to the rear wheels or all four wheels. It will have a range of 210 to 230 miles in rear-drive or all-wheel drive trim. The former will deliver a zero-to-60 mph acceleration time in the low six-second range; the latter in the mid-five second  range.

Most important, from the company’s view, is the presence. The Mach-E, for all of its four-door crossover utility, looks like a Mustang from the outside with a comfortable and accommodating interior that, with its infotainment functions, vaguely resembles a Tesla, with a giant center screen.

At 15 feet 6 inches long and 5 feet 3 inches tall, the Mach-E slots into the heart of the crossover SUV category, somewhere between a compact and midsize. It has adequate space inside for four, and even the fifth center-rear passenger can plant his or her feet on a flat floor. Cargo space behind the rear seats totals 29 cubic feet and more than doubles to 60 cubic feet with the rear seatbacks folded.

With production not scheduled until sometime in 2020, the Mach-E for now is something of a dream. It is Ford’s first foray into an all-electric vehicle. To the company’s credit, it could have introduced a battery-electric power train into an existing vehicle like the Escape compact crossover but chose instead to make a bold leap.

At this stage of the betting on the future, there were no specific prices announced for the Mach-E. Unofficially, the word at the debut was that the 2021 Ford Mustang Mach-E would start at around $45,000 for the base rear-wheel drive model and climb to around $65,000 for the ultimate performance all-wheel drive version. Under current law, it would be eligible for a federal tax credit of $7,500, as well as other state and local credits. 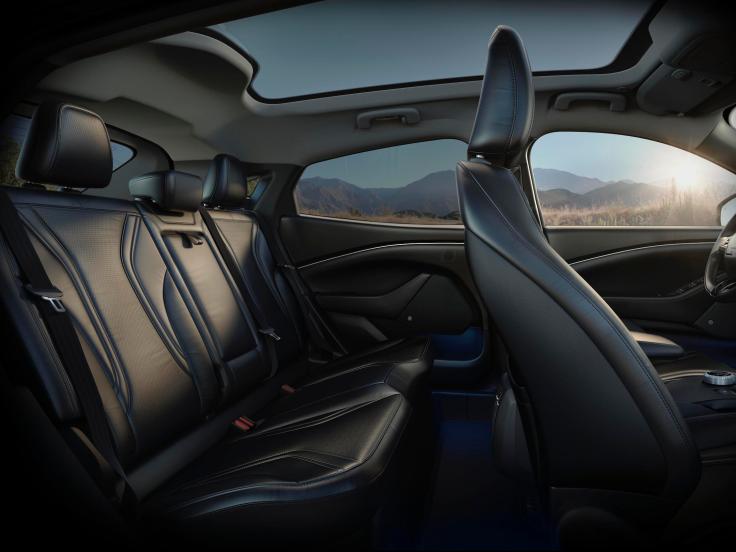 To inject a note of celebrity into the occasion, the company brought a rousing performance by the Detroit Youth Choir of TV’s “America’s Got Talent,” along with Idris Elba, the English actor, producer, writer, musician and rapper, who recalled that he had worked for Ford in Dagenham, England, and said he still felt like a member of the Ford family.

If Ford gets its way, the Mach-E could considerably expand that family.

Disclaimer: This preview was conducted at a manufacturer-sponsored press event. The manufacturer provided travel, accommodations, vehicles, meals and fuel.