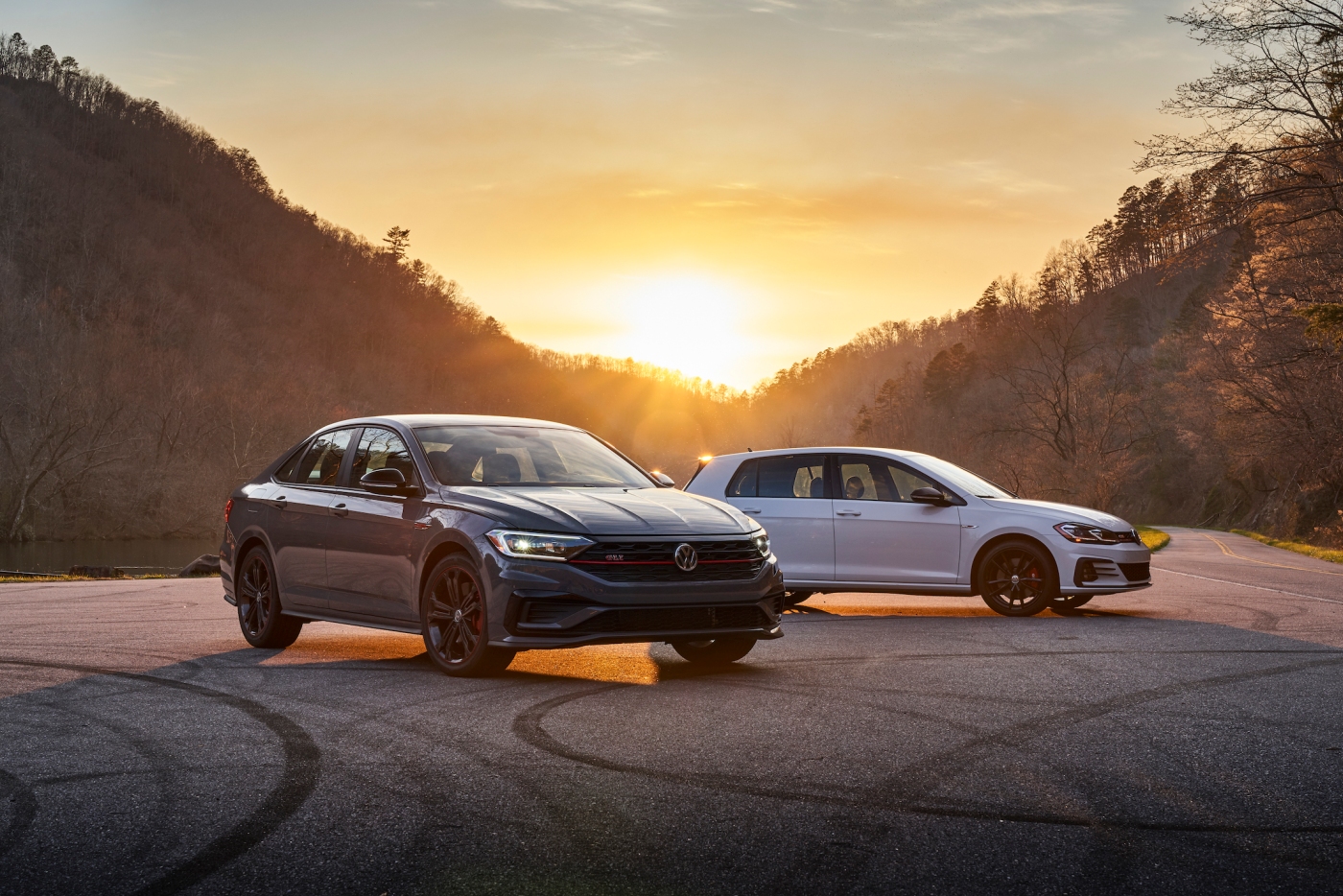 The most tired cliché in the automotive world is “fun to drive,” used everywhere and on everything from kiddie cars to 18-wheelers. Still, Volkswagen is faithful to the original idea with its 2019 Jetta GLI 35thAnniversary Edition.

Just as the VW Golf GTI invented the so-call “hot hatch” and still is regarded as the benchmark for popular-priced practical performance cars, the Jetta GLI has long been regarded as the sedan version of the GTI. 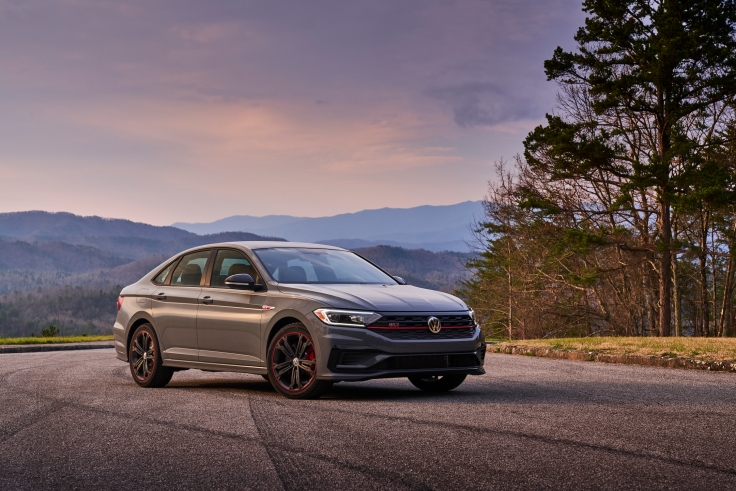 The front fenders of the 2019 GLI bear an escutcheon that announces “GLI 35,” reminding us that it’s been around since 1984 as the notchback with the roomy trunk for American buyers who, until recently, treated hatchbacks as if they were coated with slime (actually attractive to 11-year old girls).

That changed with the geniuses who decided that hatchbacks could be jacked up for more ground clearance and re-named as crossover SUVs, usually with optional all-wheel drive. Now they are taking over the marketplace and sedans are dying off, as witness the impending demise of the Ford Focus and Fusion, and Chevrolet Cruze, Malibu and Impala.

That hasn’t happened at Volkswagen — at least in the U.S., where the Jetta sedans handily outsell the Golf hatchbacks, though the Tiguan crossover beats both. 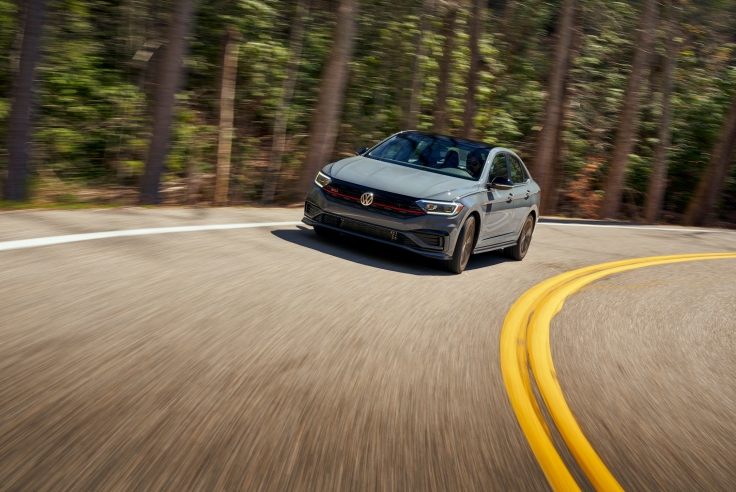 The 2019 Jetta GLI comes in three trim levels: S with a base price of $26,890 including the destination charge, 35thAnniversary Edition at $27,890 and the top-line Autobahn $30,090. All of those prices are with the six-speed manual gearbox. Add $800 for a seven-speed dual-clutch automatic transmission.

What that means is that the highest sticker price you can find for a Jetta GLI is $30,890. That’s somewhere around $5,000 less than the current average price of a new car.

Die-hard enthusiasts will rejoice over the fact that all GLI models come with stick shifts, as well as selectable driving modes and what some like to call “German handling.” It’s a vague term, more felt than defined. 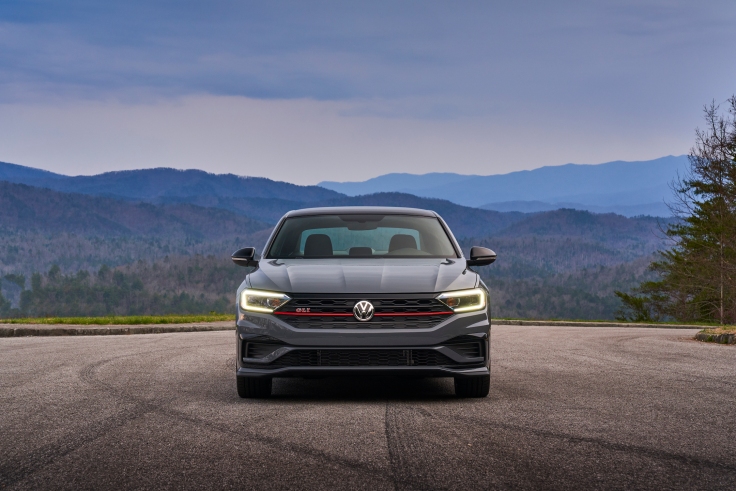 What it translates into is a compact sport sedan with athletic moves in traffic and on twisting mountain roads, and comfortable, straight-line cruising with few steering corrections needed. Also, with a fully independent suspension, the GLI also delivers a steady ride and plenty of insulation for a quiet cabin during freeway cruising.

Unfortunately, in an era when the vast majority of motorists have no clue how to drive a manual gearbox, only a select few will experience the pleasurable sensations of shifting for themselves. The GLI’s manual is a paradigm of slick, with effortless upshifts and downshifts, as well as easy clutch engagement. You have to be a real klutz to kill the engine on a bad shift. 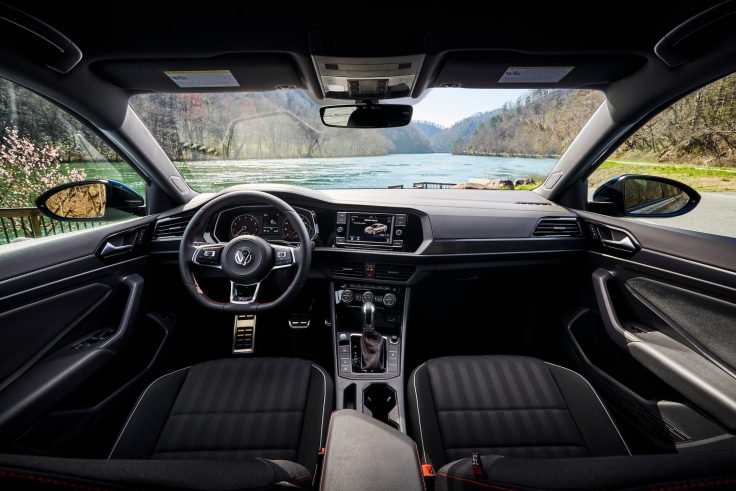 However, there is a bit of a downside. In former times, manual gearboxes delivered better fuel economy than automatic transmissions, sometimes referred to as slush boxes. But the automatics have been improved to the point where many beat the manuals on fuel economy. That’s especially true of the dual-clutch types, as on the GLI, which essentially are manuals that shift automatically.

It turns out that the VW engineers have managed to deliver a six-speed manual that, in the hands of an economy-oriented driver, can equal the seven-speed dual-clutch automatic. Both are rated by the EPA at 25/32/28 mpg in city/highway/combined driving. The GLI tested for this review consistently delivered nearly 30 mpg.

That’s remarkable given the reviewer’s heavy foot and the fact that the GLI is powered by a turbocharged 228-hp, 2.0-liter four-cylinder engine that delivers 258 lb-ft of torque, or twisting force. That’s enough to hit 60 mph in around six seconds — no slouch by anybody’s definition.

Along with its other attributes, the Jetta GLI is a comfortable everyday companion. The tested 35thAnniversary Edition came with seats covered in an attractive, durable textured black cloth, preferable in this reviewer’s preference to sometimes cold or hot and sticky leather or leatherette. Even at that, the front seats are heated. 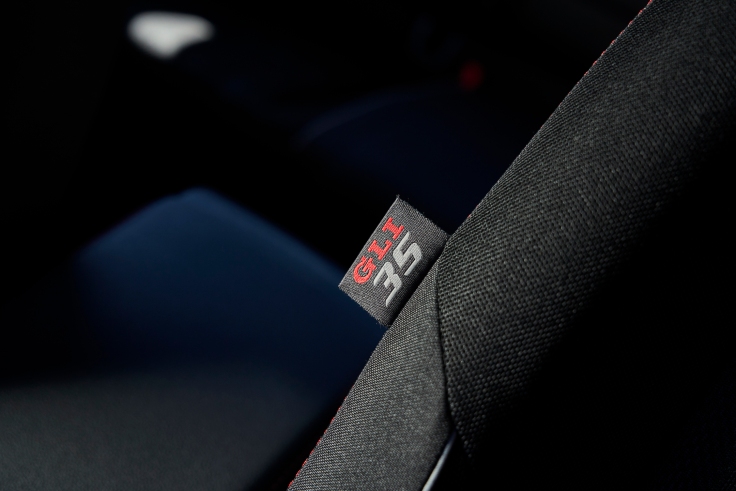 The front seats have well-bolstered seatbacks to hold the torso in cornering. Outboard back seats also are comfortable with adequate head and knee room. However, as on most cars these days, any center-rear passenger will have to suffer a hard cushion and splay his or her feet around a big, square hump.

Traditional on Jetta models, there’s a large trunk, though the hinges for the trunk lid are only partially isolated from the contents. You also have to pay more for the Autobahn model to get SXM satellite radio.