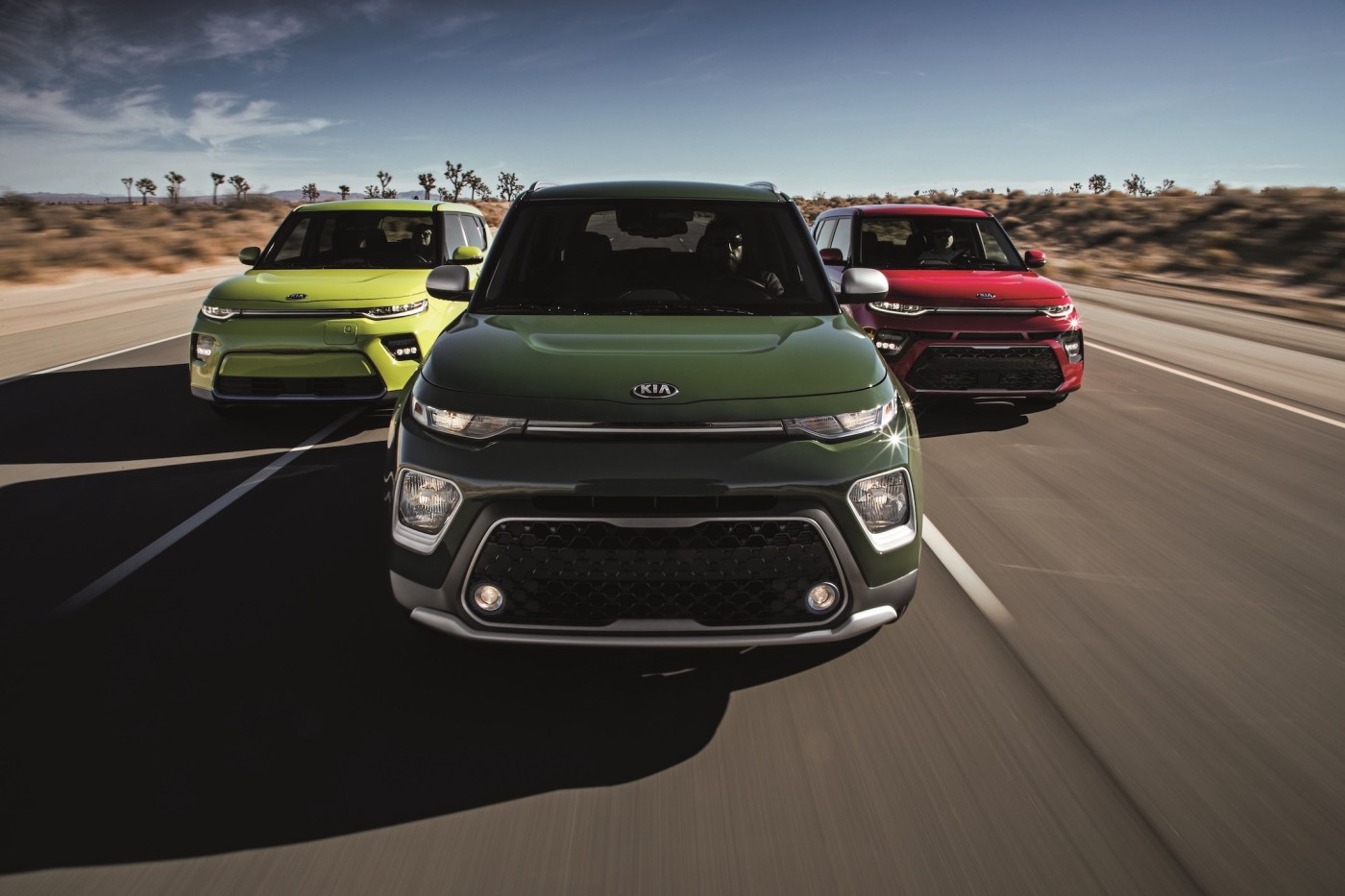 Not that anyone could have predicted it a decade ago, but the Kia Soul not only survived, it thrived. Competitors fell by the wayside. Now, as a new 2020 model, it is poised for a growth spurt.

There is nothing quite like the Soul. It is basically a box with streamlining and styling cues, something like a small cargo van with comfort, performance and handling—not to mention a funky personality.

When it was introduced as a 2009 model, competitors included the Scion xB and the Nissan Cube. The Cube, with a sideways-opening rear hatch, never caught on and faded away. The xB, from Toyota’s youth-oriented brand, grew into a larger station wagon, then disappeared as well, and later even the Scion name was axed. But the Soul soldiered on and in 2018 U.S. sales totaled 104,707.

Now in its third generation, the Soul presents a new face — actually, three new faces — to a broad range of customers from across different age and income spectrums. There are seven gasoline-engine trim levels from the base LX, at $18,485, to the top-line GT-Line trim, which starts at $28,485. An all-electric model will be introduced separately.

The GT-Line is unique in the lineup. Compared to all of the other trim levels, it presents a different front-end treatment and headlight positioning, a more powerful turbocharged engine and a seven-speed twin-clutch automatic transmission. The electric model has a unique fascia as well.

At the national introduction, Kia showed the GT-Line and the $22,485 X-line. The latter, along with all the other gasoline Soul versions except the GT-Line, is powered by a naturally aspirated 2.0-liter four-cylinder engine that delivers 147 hp and 132 lb-ft of torque through a continuously-variable automatic transmission (CVT). City/highway/combined fuel economy is rated at 27/33/30 mpg. 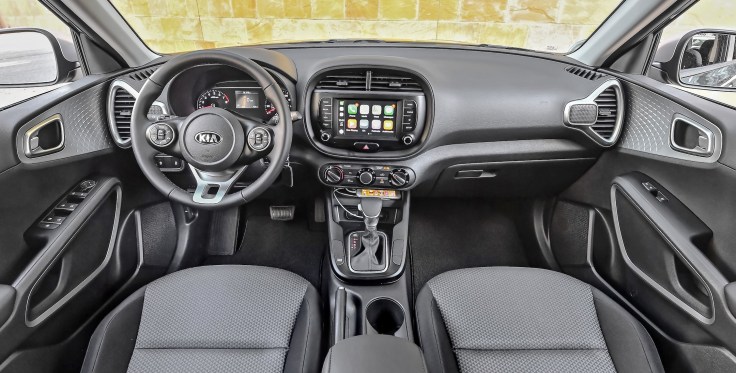 However, Kia calls its transmission an IVT, for intelligent-variable automatic. CVTs use a system of belts and pulleys to seamlessly multiply engine torque on its way to the wheels. They typically have no shift points. Some are criticized for a sound and feel as if they are slipping, though some manufacturers use computer software to mimic set shift points.

The Kia IVT has different innards, including a chain drive that results in what might be called a more natural feel — that is, one that is more familiar to motorists used to traditional torque-converter automatics with smooth or sometimes jerky shift points.

Whatever. The X-Line’s IVT shifts unobtrusively and presents no annoyance to customers used to their previous 1959 Oldsmobile Rocket 88. On the GT-Line, however, the transmission is a dual-clutch automatic, which essentially works like a manual gearbox except with two clutches that are poised to anticipate the driver’s next up or down shift.

That happens when the manual mode is selected and the driver uses the shift lever or paddles on the steering wheel. The transmission uncannily knows what the driver plans, so the twin clutches engage and disengage in milliseconds for rapid shifts. 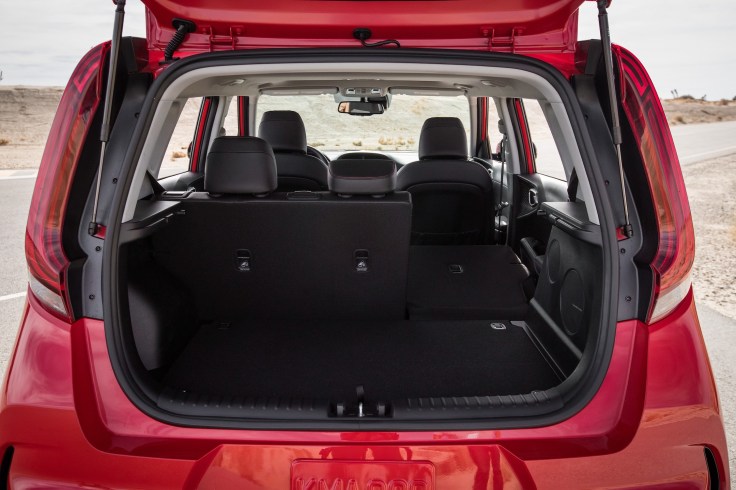 Whatever. In its position in the marketplace, with all prices well below the $36,000 average price of a new car these days, the 2020 Soul delivers a range of satisfactory penny-pinching as well as enticing performance models.

Kia thinks that practical-minded customers, usually older, will opt for the X-Line for everyday practicality and even bumming around in moderately-challenging boondocks, even though no Soul can be ordered with all-wheel drive.

The GT-Line exists for those who want the torque of a turbo for stoplight sprints and a bit of excitement on those twisting mountain roads, although as mentioned the six-speed manual would be the choice if it were available.

If you get your juices flowing only from $200,000-plus Italian exotics, the Soul is not for your soul. But if your orientation is toward a not-as-attractive complete package for not a lot of bucks, take a look. 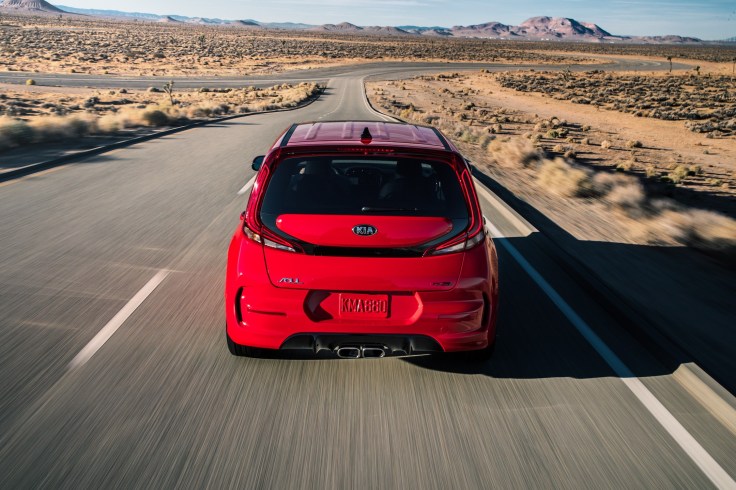