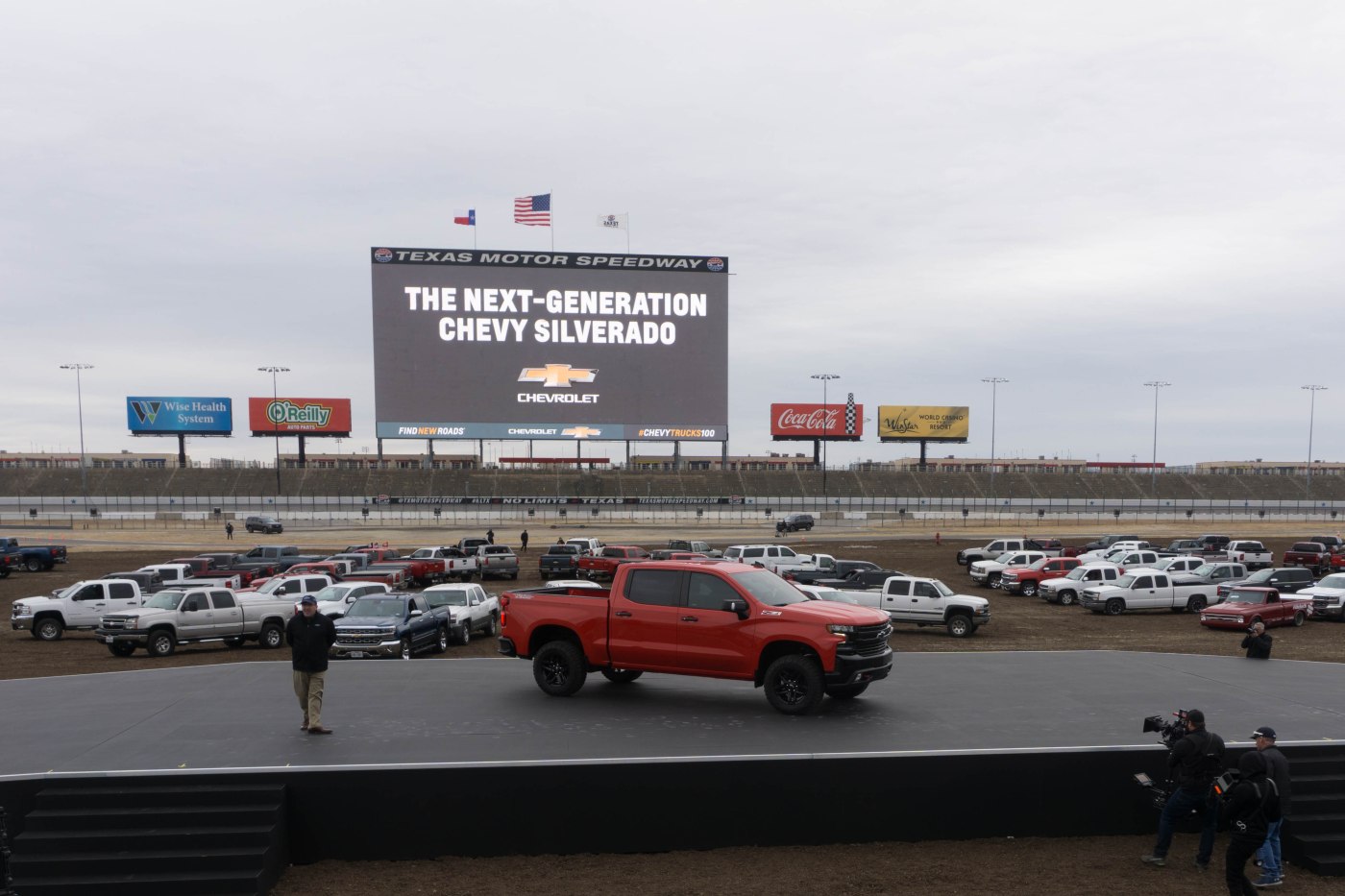 Fort Worth, Tex. — Chevrolet celebrated 100 years of truck manufacturing here with snorting hot-rod pickup trucks screeching around an autocross course, high-speed cops and robbers chases, and a spectacular helicopter drop of the company’s 2019 Silverado onto the infield of the Texas Motor Speedway.

The event featured a folksy interview with retired champion stock car race driver Dale Earnhart Jr., who now is a NASCAR analyst with NBC Sports. As might be expected, he emphasized his preference for, and his family’s long relationship with, Chevrolet. He drove onto the stage in his personal 1988 Chevy S10, a replica of his first pickup truck.

Hundreds of Chevrolet truck owners from the surrounding area attended the celebration Saturday (Dec.16) along with a gaggle of automotive journalists, who in addition to getting rides in antique Chevy pickups and the hot rod trucks with professional drivers, rode shotgun with police officers in simulations of high-speed chases.

The police chases took place at the Bob Bolen Public Safety Training Center, named for a former Fort Worth mayor. The sprawling facility, with several buildings each the length of six football fields, provides training for Fort Worth officers in tactics, high-speed driving, computers and firearms skills, among others.

Journalists, equipped with helmets and anti-whiplash restraints, rode with officers in Chevrolet Tahoe Police Pursuit SUVs. In a bit of subliminal symbolism, two of the Chevys chased a fleeing “suspect” driving an old Ford Crown Victoria.

Officers explained that in a high-speed chase the object is not to catch the car but to keep it in sight and the pressure on until the suspect, preoccupied with his pursuers, inevitably makes a mistake that leads to a stop and an arrest. 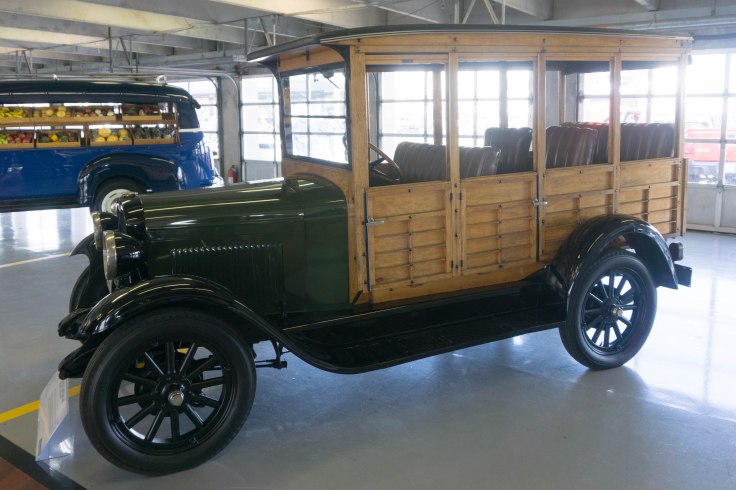 Later the journalists were given rides in a variety of older Chevrolet pickups, some modified. The trucks included a 1926 Chevy pickup, meticulously restored to better than its original condition. It had a top speed of about 35 miles an hour.

Again wearing helmets and anti-whiplash restraints, they also careened around the autocross course, tires lighting up and smoking, with the professional drivers at the wheels of the low-slung, modified pickups with powerful V8 engines.

The event’s climax, following the Earnhart interview, came when a cargo helicopter bearing the Chevrolet “bow tie” emblem arrived overhead with a bright red 2019 Silverado LT Trailboss four-door pickup hanging from cables. It hovered and deposited the truck in the Texas Motor Speedway’s infield, where a driver jumped in and drove it onto the stage.

Alan Batey, president of General Motors North America, introduced the truck, saying it was being seen publicly for the first time. It will be formally introduced in January at the North American International Automobile Show in Detroit, Mich.
Speaking to the assembled Chevrolet truck loyalists, Batey said,

“We wanted to recognize the customers who have made Chevrolet part of their lives, and have them help kick off the next 100 years of Chevy trucks.”