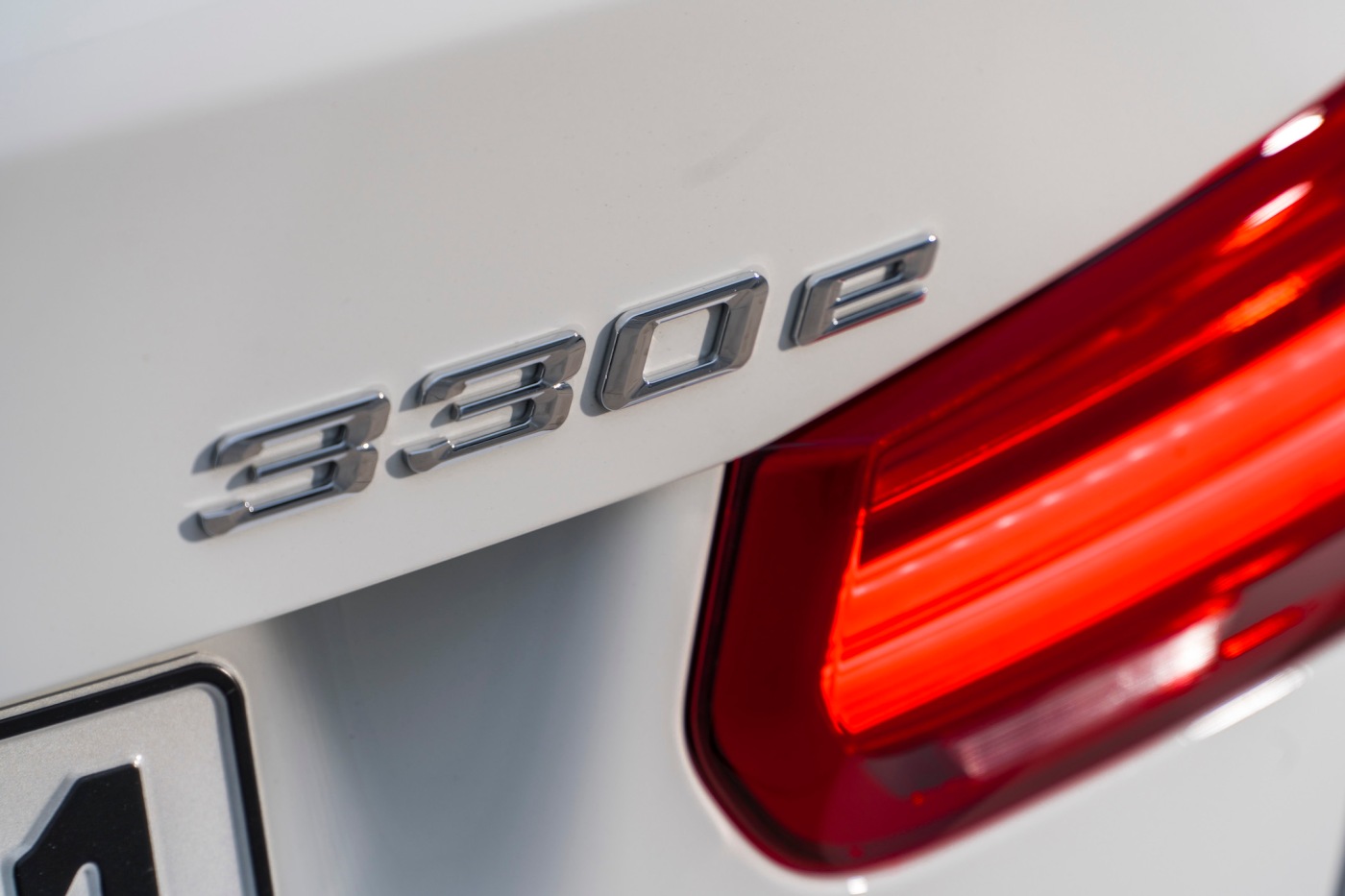 With European cities damning pollution from diesel-engine vehicles, manufacturers there are switching to gasoline/electric hybrids like the 2017 BMW 330e iPerformance sedan.

Currently, about half the automobiles in Europe come with diesels, which are more economical than gasoline engines but send more polluting gunk into the atmosphere. Paris, Madrid and Athens are taking actions to ban all diesel vehicles by 2025.

One result: European manufacturers, including Mercedes-Benz, Volvo, BMW, Volkswagen and Audi are developing new hybrid vehicles. BMW’s new machine borrows technologies from the company’s i3 electric car and its hybrid super coupe, the i8.

The 330e is a plug-in hybrid, which enables limited travel on pure electric power. Standard hybrids like the popular Toyota Prius run the gasoline engine and electric motor together, which is the way the BMW 330e operates once you deplete the battery.

In almost every respect, this new four-door is a 3-Series BMW except that it has a port in the left-front fender to plug in the charger. On paper, it can travel up to 75 miles an hour on electricity alone. It also boasts of a range 14 electric miles with a fully charged battery — but you won’t get that if you put your foot in it.

Even driving carefully, you’re not likely to get the 14 miles unless you feather-foot the throttle and puddle along at sub-city speeds. Any time you punch the gas pedal, the gasoline engine kicks on. Because of that, it’s likely that some owners won’t even bother recharging the 330e. They’ll simply drive it like a standard hybrid.

The 330e is powered by a 2.0-liter turbocharged four-cylinder gasoline engine and an 87-horsepower electric motor-generator. A 5.7 kilowatt-hour battery nests beneath the trunk floor, cutting into the luggage space. The total system delivers 248 hp and 310 lb-ft of torque, enough to propel the 330e to 60 miles per hour in 5.9 seconds, according to BMW’s specifications, with a top speed of 140.

The power gets to the rear wheels through an unobtrusive but efficient eight-speed automatic transmission with a manual-shift mode operated by paddles on the steering wheel. If you don’t care much about getting great gas mileage, the 330e comes on as a strong performer with precise handling, supple ride and a tactile steering feel.

Like other 3-Series BMWs, the 330e delivers exhilarating motoring. For the most enjoyment, simply forget that it’s a hybrid — plug-in or not — and drive the wheels off. It is responsive and so capable it inspires confidence. 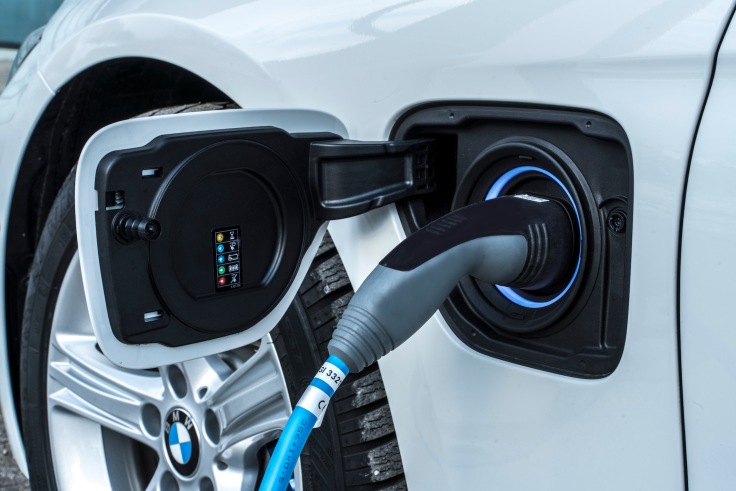 If an owner decides to maximize fuel economy by plugging in, it takes about 2.5 hours to fully charge the 330e’s lithium ion battery from “empty” using a 240-volt charging system. If a standard household outlet is the only power source available, allow six to seven hours of charging time.

Charging consistently and driving carefully should deliver somewhere near the EPA’s 72 miles per gallon equivalent in city/highway driving. The combined mileage on gasoline power alone is rated at 31 miles per gallon, though it should do better because of the electric boost.

The plug-in hybrid system incorporates three driver-selectable modes: Auto eDrive maximizes electric driving up to 50 miles an hour; Max eDrive uses electric power exclusively up to 75 miles an hour; and the Save Battery mode uses the gasoline engine to maintain the battery pack’s charge at 50%.

An American Motors executive once famously said that U.S. motorists wanted fuel economy — and would pay anything to get it. Well, the BMW 330e fits that observation. It has a starting price of $45,095 and, with BMW’s long list of expensive options, the test car came with a bottom-line sticker price of $60,645.

That includes a navigation system that scans the surroundings and connects to the onboard computer to optimize the split between gasoline and electric power. It also covers full safety equipment, including adaptive cruise control, blind spot warning, rear and top view camera, head-up display, traction and stability control, and parking assist.

The 330e doesn’t stint on luxury — as long as you’re willing to lavishly check the options list. Among many features, you can have a motorized sunroof, soft leather upholstery, sunshades for the backlight and rear side windows, heated front and back seats, and SXM satellite radio.

Skip any of them and still enjoy the drive. 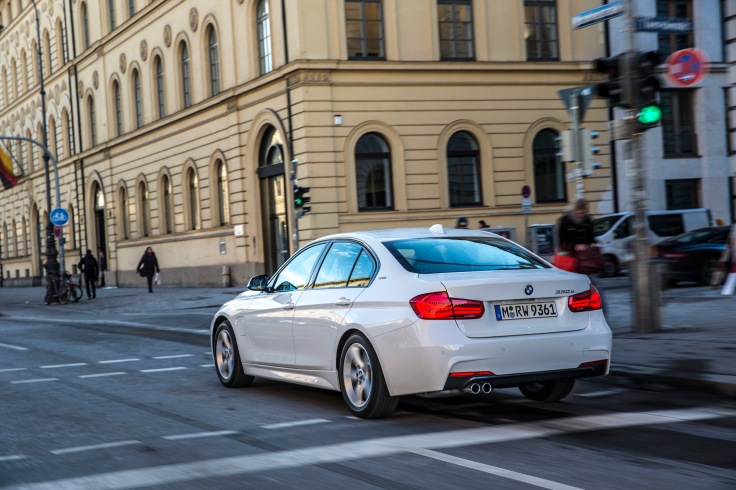 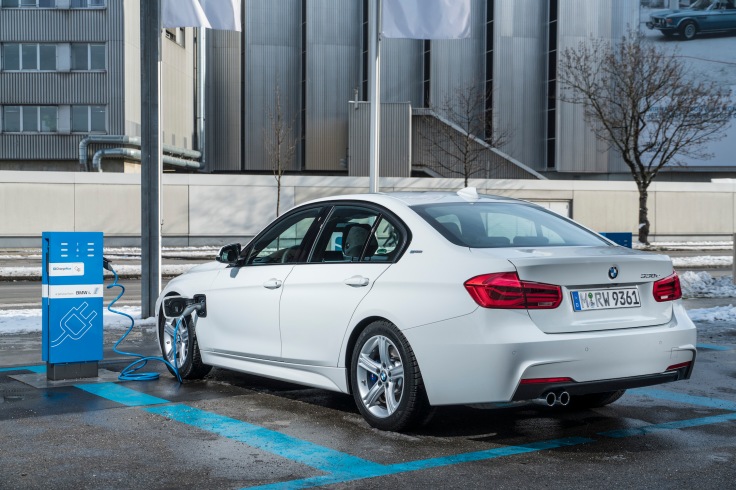