To those with more than a passing interest in automobiles, sports sedans like the 2017 Audi A4 represent the epitome of automotive excellence.

Though more expensive in most cases than midsize and even near-luxury cars, they do everything well and more than meet expectations.

They can carry four passengers—five in a pinch, with luggage—and deliver outstanding performance, handling and braking with a comfortable enough ride.

Most of all, they provide a high level of driver satisfaction of the sort that prompts owners to go for a drive for the pure pleasure of it.

They are a fairly rare breed. Besides the Audi A4, they include the Jaguar XE, BMW 3-Series, Mercedes-Benz C-Class, Lexus IS, Acura TLX and Cadillac ATS. They are not exactly the same size, classified both as compact and midsize by the U.S. government. But they’re close enough. 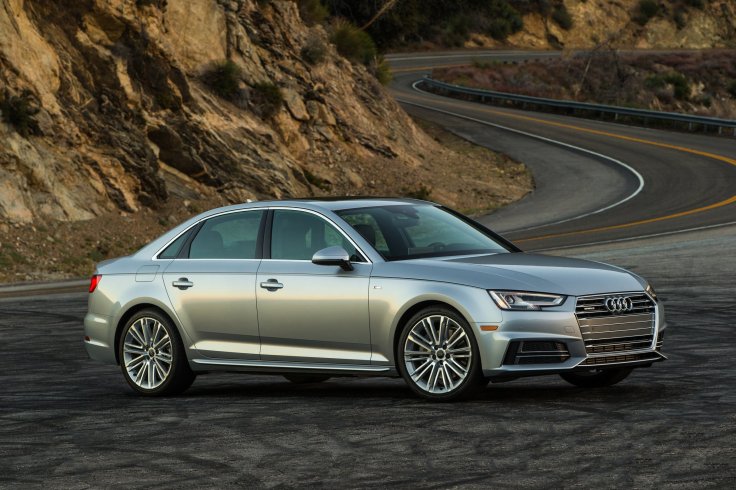 In such company, it is enough simply to be competitive. It takes a lot more to stand out and, when that happens, it’s usually by a narrow margin.

Such is the case with the tested Audi A4 2.0T quattro S tronic. That’s a nomenclature mouthful, but it aptly describes the compact A4 with the turbocharged 252 hp, 2.0-liter four-cylinder engine. “quattro” is Audi’s name for its renowned all-wheel drive system. The S tronic is the company’s seven-speed dual-clutch automatic transmission.

For traditionalists, especially those who enjoy shifting for themselves, Audi also will offer a six-speed manual gearbox. That’s unusual in an era when stick shifts are vanishing from the scene even in ultra high performance sports cars.

The vast majority of customers, however, will order and enjoy the S tronic automatic, which has a manual shift mode controlled by paddles on the steering wheel. It’s entertaining on twisting mountain roads, where you want to hold the transmission in a gear to keep the engine revs up.

But as with most of these setups, the onboard computer uncannily computes when shifts up or down should be triggered, and can nearly always shift faster and more accurately than any human.

The A4’s S tronic does that, though occasionally there is an almost imperceptible slip when accelerating off the line—a characteristic of some twin clutch automatics. Mostly, you don’t notice anything and the A4 rockets to 60 mph in slightly more than five seconds, according to Audi and independent tests. Top speed is rated at 130 mph.

The A4 has selectable drive modes—automatic, comfort, dynamic and individual—but even in the softest setting it exhibits athletic moves. It also delivers enviable fuel economy. The EPA rates the city/highway/combined fuel consumption at 24/31/27 mpg.

The base A4 quattro, designated as Premium in Audi-speak, starts at $40,350, including the destination charge. If you don’t want or need the all-wheel drive, you can knock $2,100 off the sticker by ordering the front-wheel drive version.

Also on the tester was a $1,800 driver assistance package that included adaptive cruise control, lane keeping assist and traffic sign recognition. The combination enables the A4 to drive itself for short distances but should not be mistaken for a fully autonomous vehicle. Those are still way down the road. 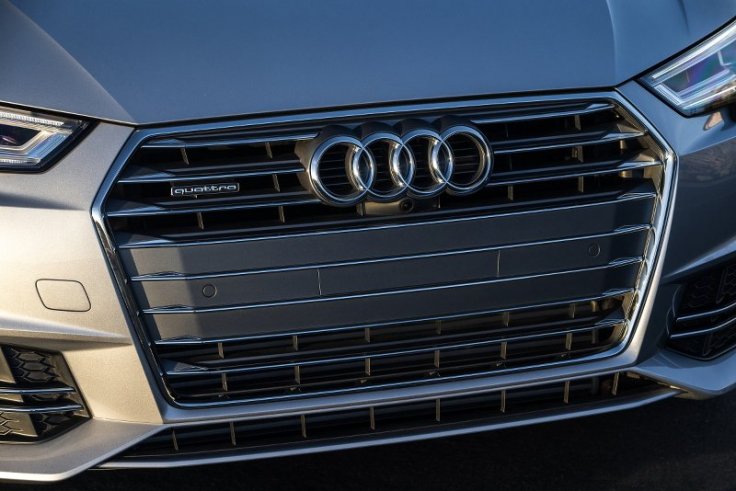 The A4 provides supportive and comfortable seating for four passengers, with manual front seat thigh support extensions. It has five seatbelts but the center rear seating position is hopelessly compromised by a giant floor hump and a center console that intrudes into the back seat. It’s best to simply pull down the center armrest with the two small cup holders and leave it there.

Another negative is the automatic transmission shifter, which requires the driver to press a separate button on the back side to engage “park.” You can get used to it over time but, following longstanding habit, most drivers push the shifter forward, think they’re in “park” and wind up in “reverse” instead.

Overall, the Audi A4 stands out in a group of standout sports sedans.