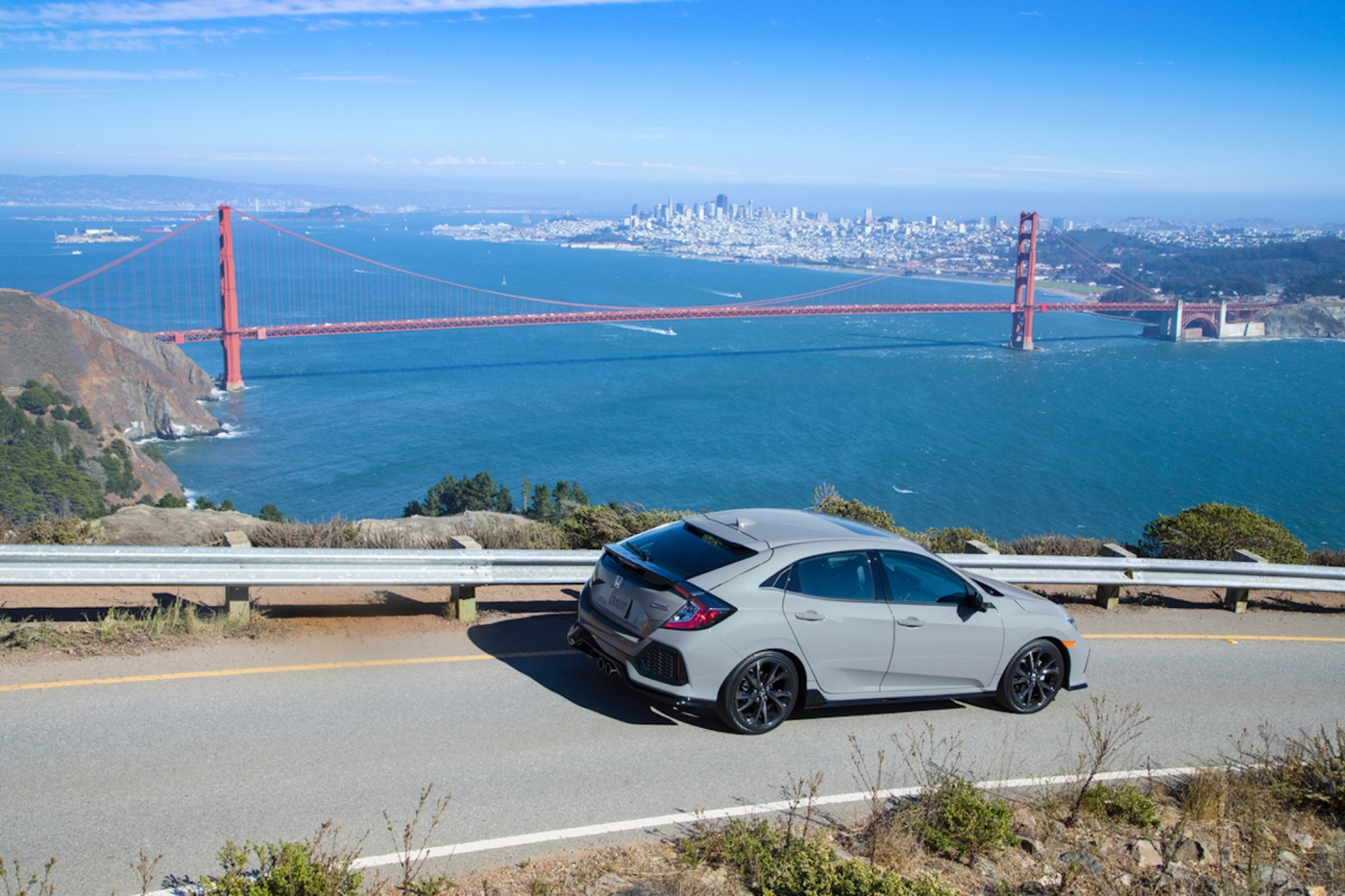 Anyone who thinks that the sales-surging crossover sport utility vehicles have ripped the wheels off hatchbacks should take a look at the 2020 Honda Civic Sport Touring.

Though hatchbacks, as well as station wagons, have been disrespected over time by U.S. buyers, there still are a number of very good and relatively popular examples available. Moreover, there still exists a cadre of customers who recognize the advantages they offer over traditional sedans with trunks. 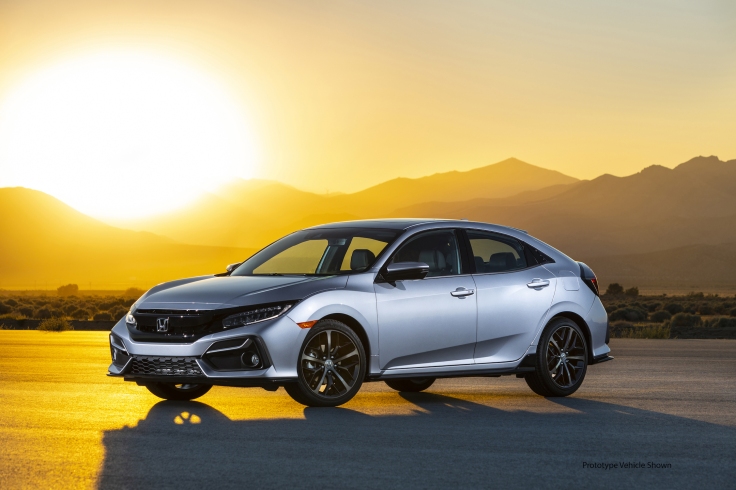 That’s certainly the case with the Honda Civic, which currently is the biggest selling compact automobile in the United States, with 430,248 total sales in 2019 and through May of 2020. Of that number 22% were hatchbacks — a total of 94,655 — certainly a respectable showing.

The big news in recent years, if you haven’t noticed, is the insurgent takeover of the vehicle marketplace by crossovers, which essentially are tall hatchbacks — often, but not always, with optional all-wheel drive. 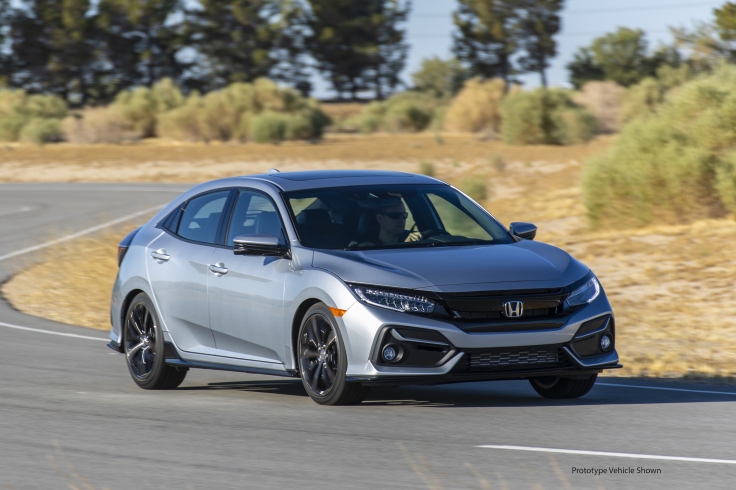 They are distinguished from SUVs because they usually have unit bodies, built like automobiles, instead of using body-on-frame construction like pickup trucks. (Of course, in the olden days even cars were built with bodies dropped onto frames).

Different manufacturers at various times in the late 20th and early 21st centuries tried marketing new station wagons and hatchbacks to U.S. buyers, usually without much success as motorists stuck to traditional sedans, big wagons and minivans. Then SUVs showed up and became popular, led by Jeeps and the Ford Explorer.

So the manufacturers finessed the situation. They built competing SUVs, then redesigned hatchbacks and wagons, jacked them up somewhat for a taller profile and baptized them as crossovers. Subaru, for example, which did not have a truck-based SUV, simply elevated its Legacy station wagon for more ground clearance and created the popular Outback, later joined by the dedicated crossovers Forester and Crosstrek.

Honda joined the crossover revolution with its compact CR-V, midsize Passport and three-row Pilot. The Accord started out as a wildly sought-after two-door hatchback in 1976 but morphed into a conventional sedan and, at various points, a station wagon and the Crosstour hatchback, both of which ran into a ditch of buyer indifference.

The Civic soldiered on and expanded its reach and popularity, now with a lineup of sedans and coupes with performance Si versions of each, as well as the hatchback Type R, a paragon of performance offered only with a six-speed manual gearbox for dedicated enthusiasts.

The thing is, you can get some of the Type R kicks without paying its current $37,255 price. That’s where the tested 2020 Civic Sport Touring Hatchback comes in. Sure, the Type R has a 2.0-liter four-cylinder turbo motor that delivers 306 hp and 225 lb-ft of torque. 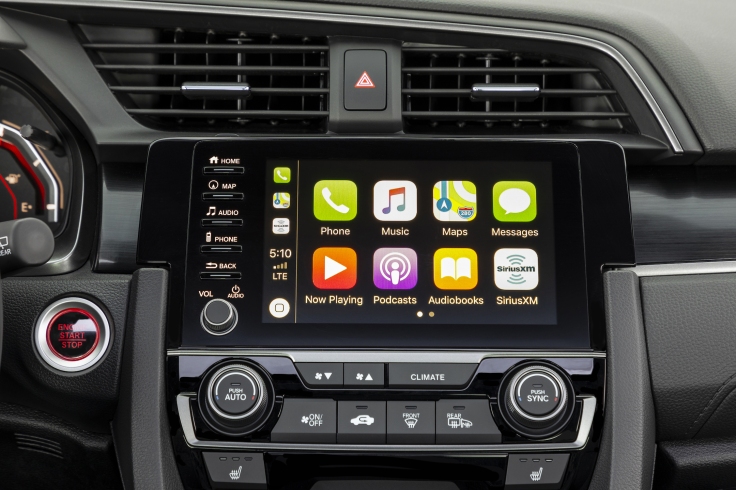 There are not many places short of a racetrack where you can put that sort of power to the pavement and be held harmless. But you can spend $7,475 less for a $29,780 Civic Sport Touring, with a 180-hp, 1.5-liter turbo that delivers 162 or 177 lb-ft of torque and find almost as much joy behind the wheel on the public roads.

The conundrum for this review is that the tested Sport Touring came with Honda’s continuously-variable automatic transmission (CVT), which uses belts and pulleys to multiply its engine’s162 lb-ft of torque. Though it has a computerized manual-shifting mode with steering-wheel paddles that mimics a seven-speed manual, it is nowhere near as entertaining as the six-speed manual gearbox, which by the way gets the engine with 177 lb-ft of torque.

Most customers, however, likely will be happy with the CVT, which goes about its shifting duties unobtrusively and without hiccups. In manual mode, you can hold selected gears on hilly and twisting roads, though the computerized system doesn’t totally trust the driver. If you don’t select the correct gear, it simply shifts for you.

The Sport Touring is no Type R, but is satisfying and comfortable to drive, though the preference here would be for the six-speed manual gearbox. The front seats are supportive with good seatback bolstering to hold the torso in hard cornering. In back, there’s head- and knee-room for two, though the center-rear passenger contends with a big floor hump and a hard perch.

The hatchback advantage shows up behind the rear seats. There’s 23 cubic feet of space for cargo (compared to 15 cubic feet in the Civic sedan’s trunk). A clever sideways-sliding shade hides the cargo and the space grows to 46 cubic feet if you fold the rear seatbacks. 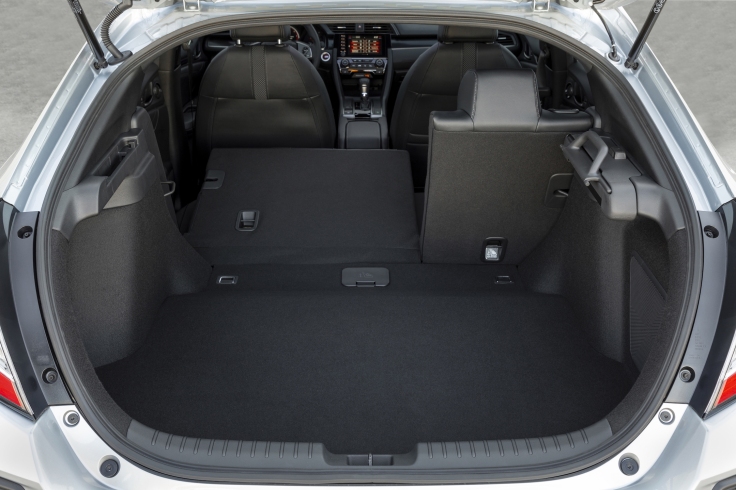