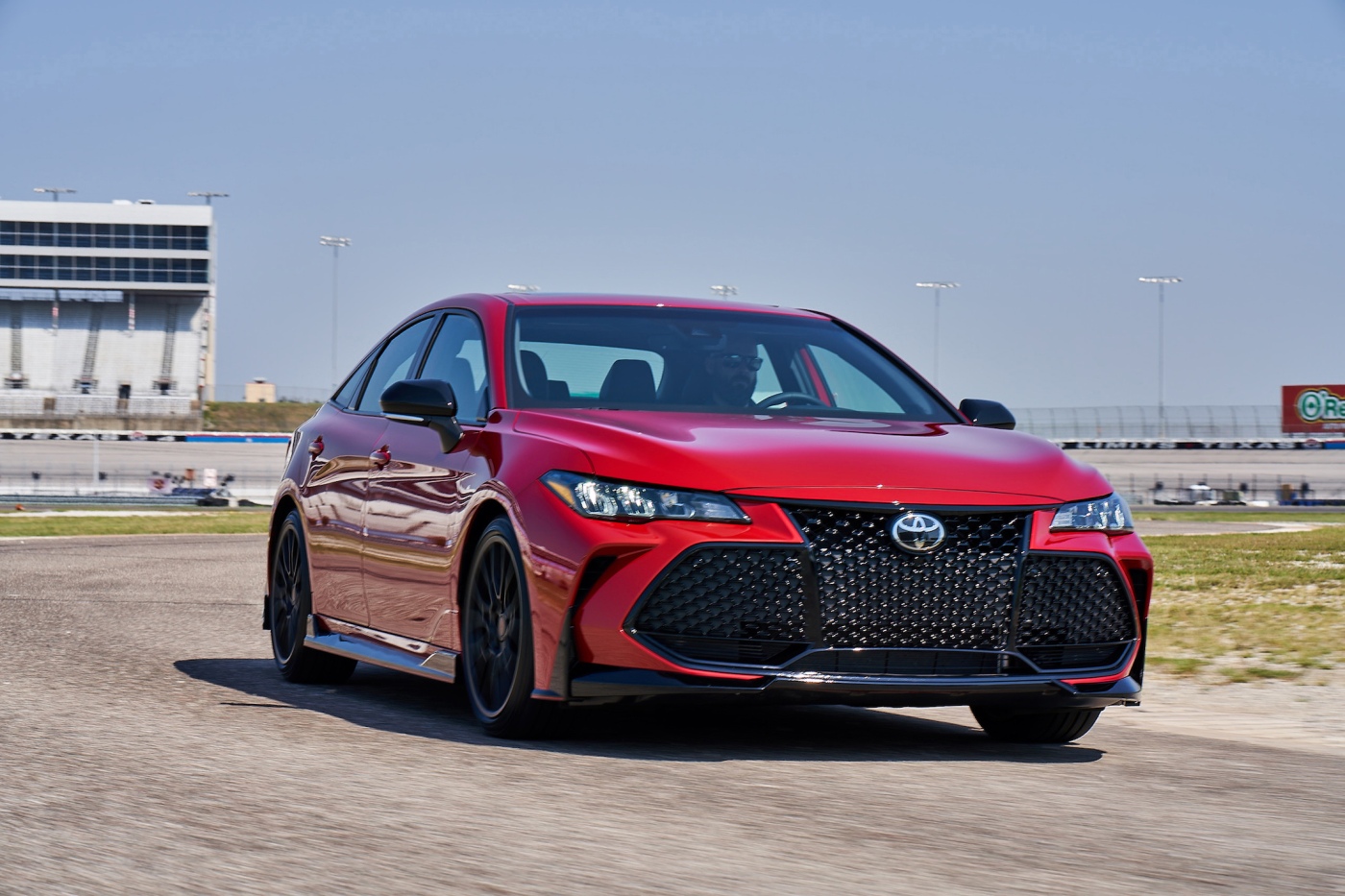 Wait. Hold on. Toyota’s Racing Development team took the 2020 Avalon and massaged it for better performance? That Avalon? The one they used to call Toyota’s Buick?

Turns out it’s true. But they took the new Avalon TRD only part of the way. It has a host of suspension and tire modifications, as well as extra body braces, an earthy exhaust sound and lots of snazzy interior and exterior visual enhancements. But the engine and transmission are the same as in other Avalon models. 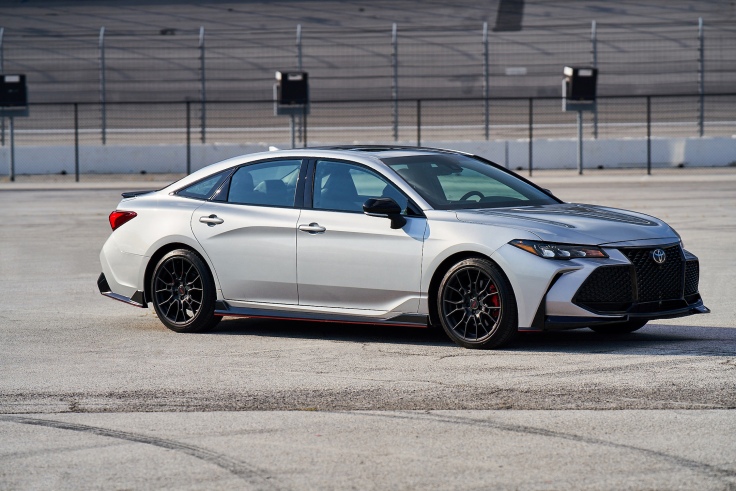 That’s actually not shabby because the Avalon’s standard power plant is a 301-hp, 3.5-liter V6 that develops 267 lb-ft of torque, or twisting force, enough to propel it to 60 mph in about six seconds.

The Avalon has come a long way since its introduction in 1995 as Toyota’s flagship. For years, a main distinguishing characteristic was that it was one of the few sedans anywhere that could seat three adults comfortably in the back seat, thanks to a flat floor and a real center-row seat.

It was classified as a large car by the federal government, defined by the EPA as an automobile with 120 cubic feet or more of interior volume, which includes the passenger and trunk space. 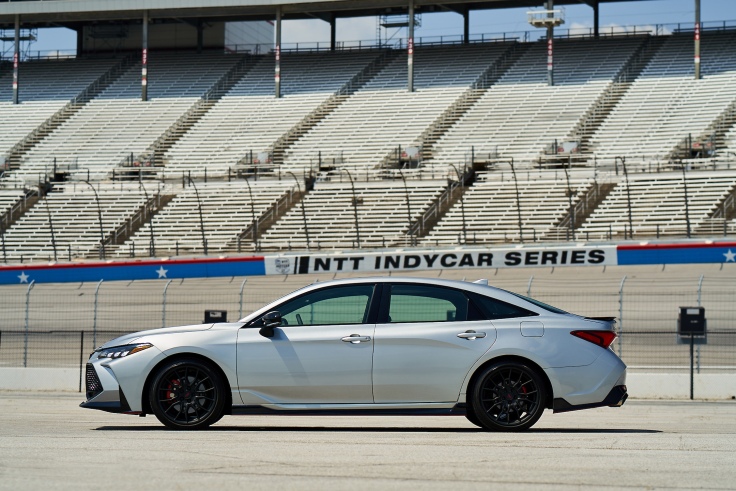 In 2013, the Avalon joined the masses when was downsized to its current state as a midsize car with a center-rear seat that featured a small, uncomfortable seat cushion and a big floor hump — pretty much like almost every other car, and even some SUVs, on the market. It continues in that configuration for 2020, now barely larger than its popular — and lower-priced — sibling, the Toyota Camry. 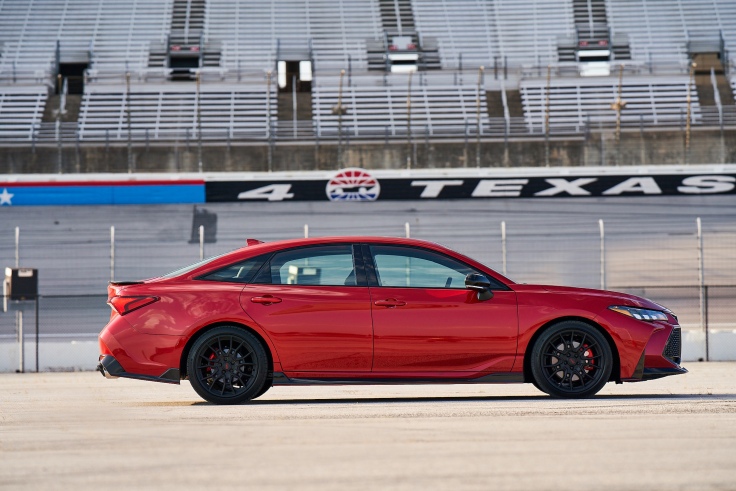 The TRD is not the most expensive Avalon. Its base price of $43,255, including the destination charge, slots it beneath the more luxury-oriented Touring trim line. The tested TRD, with options that included a navigation system and a high-performance JBL audio system with 14 speakers, checked in at $45,410.

It takes only a glance to discern the Avalon TRD’s intention to  advertise its performance personality. The grille is huge, black and menacing, and the lightweight 19-inch alloy wheels are painted black with red brake calipers showing through. 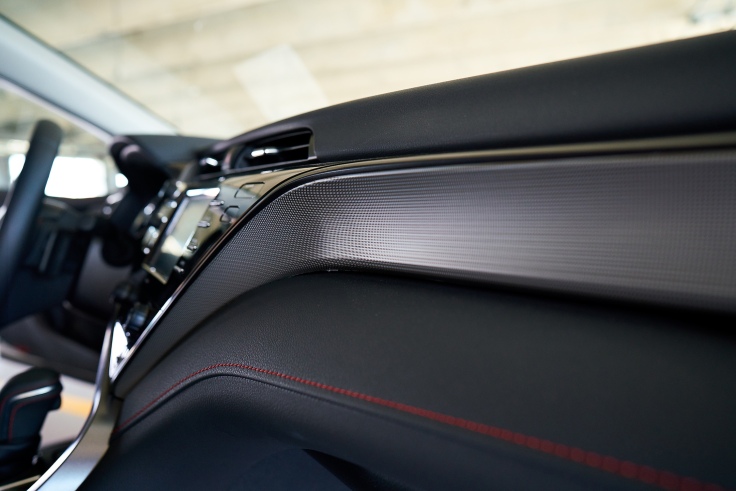 The theme carries through inside with black leather upholstery trimmed in bright red. There’s red stitching on the steering wheel, TRD emblems embossed on the headrests and the floor mats, and bright red seatbelts — standard equipment here but on some other sporting cars — a Porsche, say — would be an extra-cost option costing hundreds of dollars. 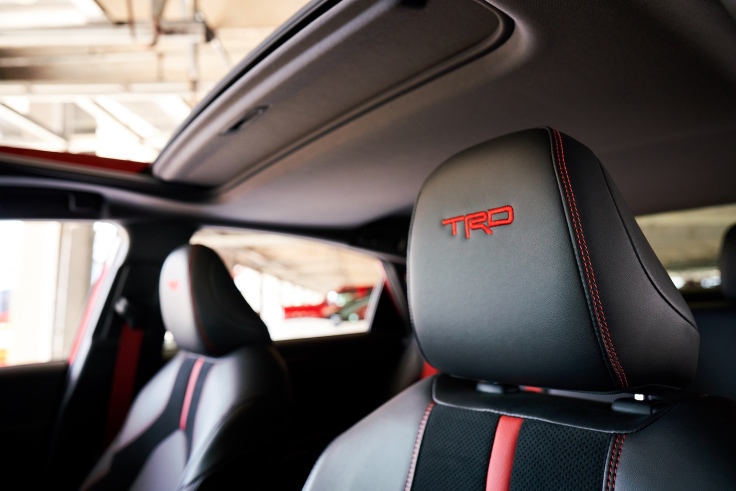 Front seats are a bit flat, with little bolstering, but nevertheless are supportive and comfortable. The outboard back seats deliver ample head and knee room, with decent comfort, although that center-rear seat — well, you know.

Out back, the truck is large, and well-shaped and finished. One negative: The large, C-shaped trunk hinges are not isolated or protected and could damage contents in a fully loaded trunk. 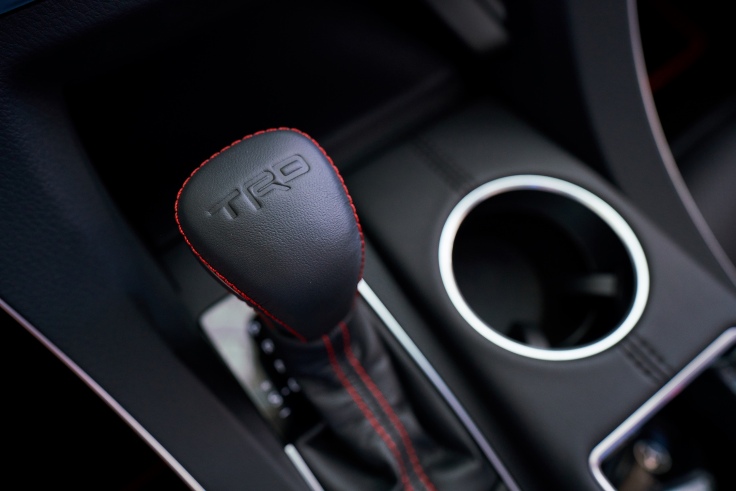 Despite the TRD’s lack of engine modifications, the Avalon TRD is a stellar performer. The horsepower, torque and braking are more than adequate in the push, pull and rapid lane-changing of modern clogged freeway traffic, and the eight-speed automatic responds quickly to throttle inputs. There are paddles to manually shift but not worth the bother in traffic. Better to save manual shifting to hold gears on twisting mountain roads.

Despite its midsize rating, the Avalon’s length of 16 feet 4 inches has the look of a big car. But it epitomizes the old adage that a small car should drive big and a big car drive small. Its strong suit is small-car quick handling.

Except for the intentional raucous exhaust sounds, especially under hard acceleration, the Avalon TRD cruises serenely with a somewhat stiff but supple ride. 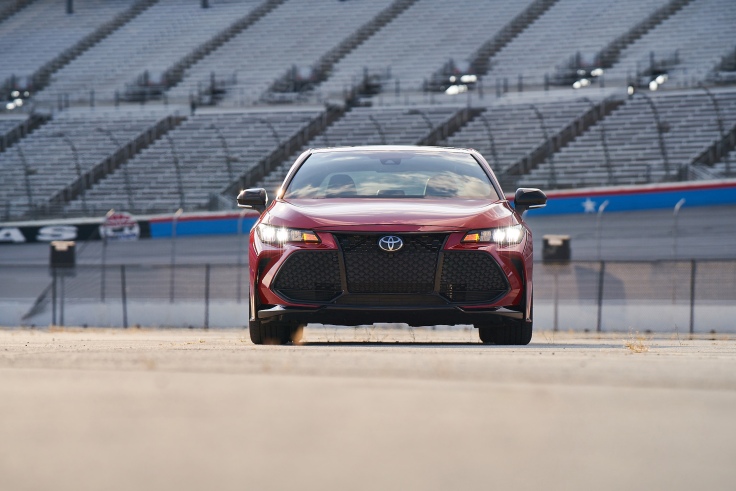 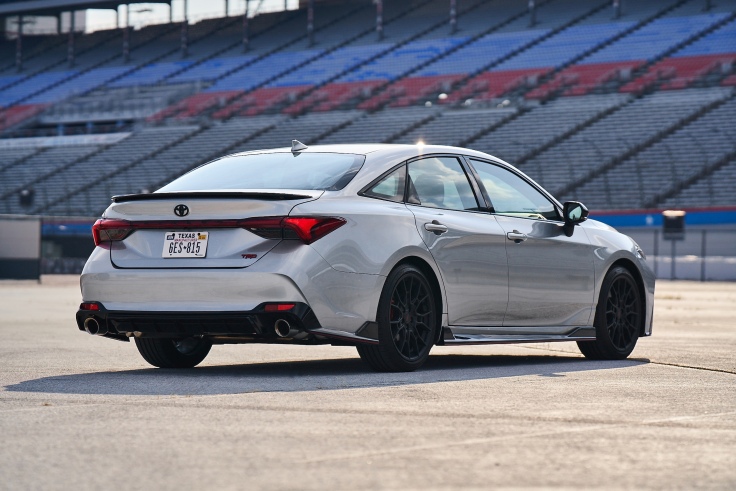