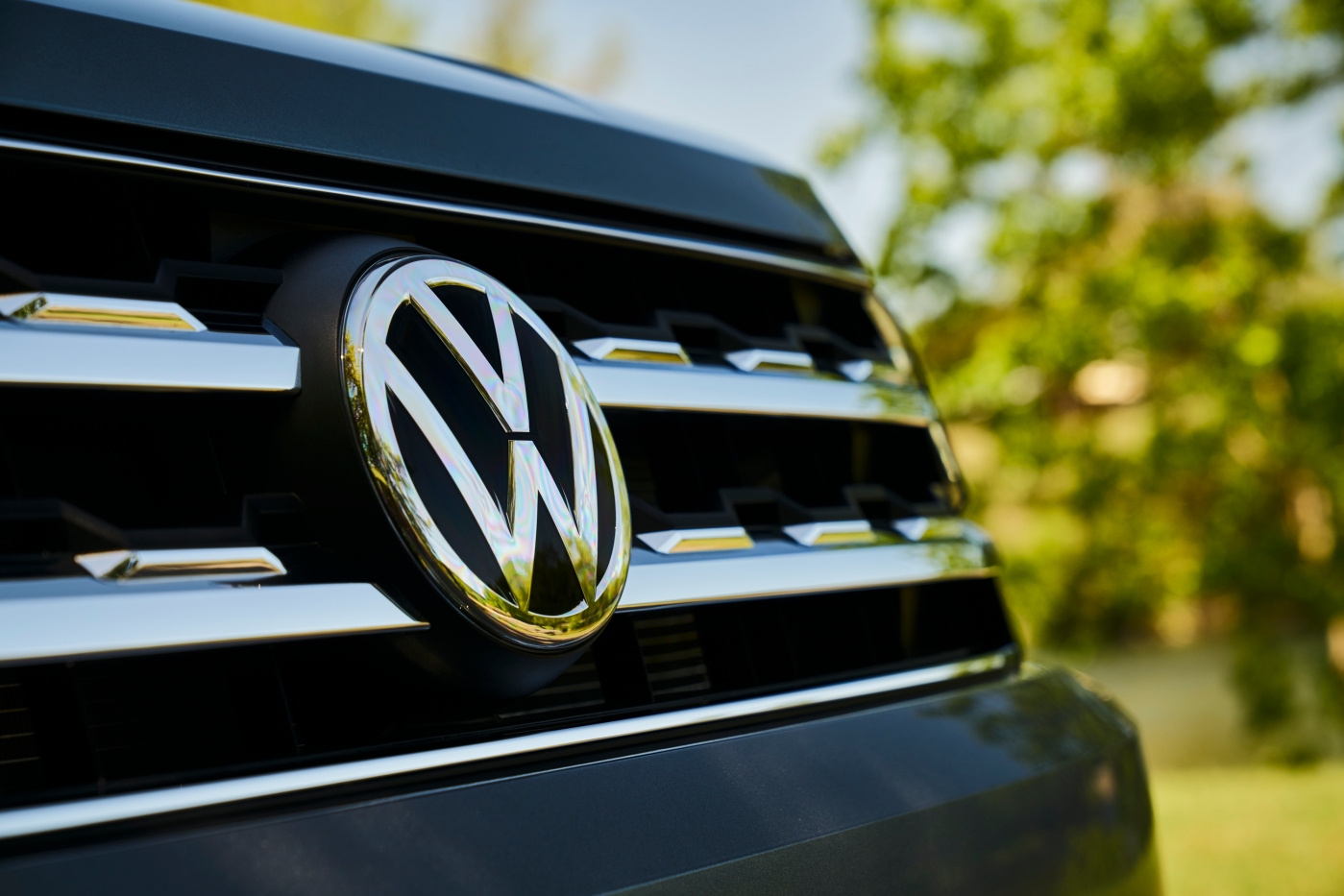 As with the 2019 Volkswagen Atlas, sometimes the lesser of two choices makes all the difference — in this rendering, the $37,000 version versus the one north of $50,000.

You might say that about many new vehicles. Sure, it seems everybody would like the one loaded with every option for safety, performance, comfort, convenience and even luxury surroundings.

But there’s a school of thought, endorsed by this reviewer, that even base automobiles and light trucks can be appealing — and not only for their parsimony. After all, every car must have an engine, transmission, tires, brakes, steering, seats, controlled climate and safety equipment mandated by the U.S. government.

Moreover, though the manufacturers like to tout the superiority of their lavishly-equipped products, the truth is there is no junk out there any more. Ask most experts what kind of new vehicle you should buy and many would simply say, “What do you like?”

Ratings nowadays are informed not by engines that gobble oil or wheel bearings that fail, but more by whether there’s too much wind noise or a baffling infotainment system — not so much by things that put you on the side of the road at midnight.

Which brings us to the 2019 Volkswagen Atlas SE. It is a full-size, three-row, seven-passenger crossover sport utility vehicle that can satisfy  minivan-averse customers, though it comes up short with 21 cubic feet for cargo space behind the third row.

It can accommodate seven adults with head-room comfort, though the second-row passengers must give up some of their generous leg room for the folks in the third row. It is easily done because the second row has about eight inches of fore-and-aft travel to divvy up, as well as seatbacks that flip forward so even creaky oldsters can get back to the third row.

On the SE model, everyone sits on VW’s V-Tex leatherette upholstery, which is about as comfortable as real leather and likely will last way longer, though the preference here would be for a durable cloth that is soothing in all climates.

The SE is a bottom-dweller, just one step up from the base S in a line of seven trim levels topped out by the SEL Premium. So, the SE doesn’t come with such amenities as leather upholstery, panoramic sunroof, 20-inch aluminum-alloy wheels, park assist, ventilated front seats and heated rear seats, a Fender premium audio system and captain’s seats in the second row, which reduces the passenger accommodations from seven to six. 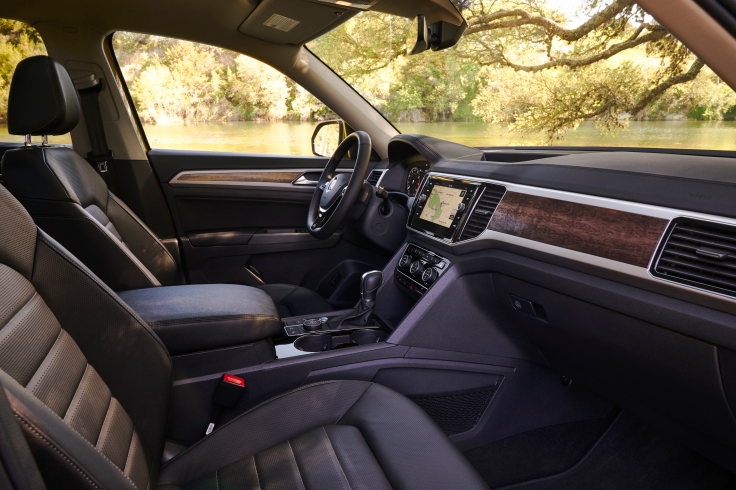 The base price of the tested SE came to $36,490, including the destination charge. With an optional towing package, it topped out at $37,040. One reason for the reasonable price is that it came with front-wheel drive instead of the optional all-wheel drive, which accounts for an $1,800 difference.

For most customers, except for those in severe snow belt areas, there’s no need to spend the extra money for all-wheel drive. Independent tests have shown that front-drive vehicles accelerate, brake and turn as well as all-wheel drive models in most circumstances except for low-speed maneuvering in heavy snow and other slippery conditions. 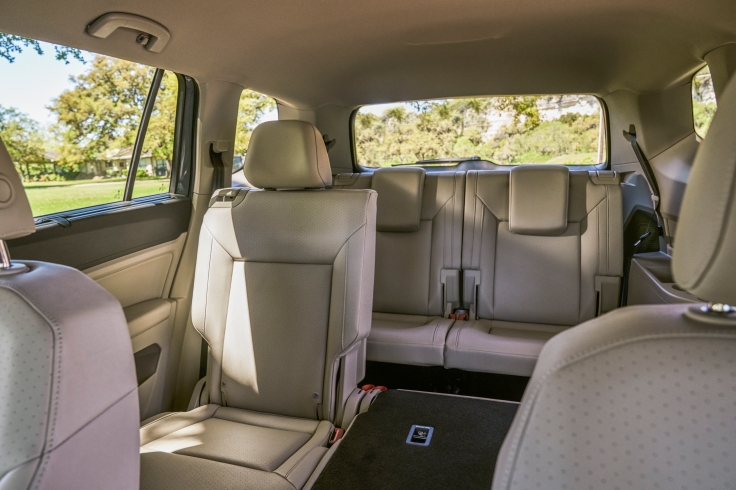 The tested SE came with Volkswagen’s 276-hp 3.6-liter V6 engine that makes 266 lb-ft of torque, mated to an eight-speed automatic transmission. The base engine is a 235-hp 2.0-liter turbocharged four-cylinder with 258 lb-ft of torque.

Though the four-bangers, both turbo and naturally aspirated, are becoming ubiquitous everywhere in the motoring industry, there’s still nothing like the silky power delivery of a six-cylinder engine, either inline or with a V configuration.

With the easy-shifting eight-speed automatic, the Atlas is an elegant and quiet conveyance that has a supple ride, tracks cleanly in a straight line and, if you don’t push it too hard, easily handles curving roads.

Though the Atlas feels smaller than its length of 16.5 feet and height of nearly six feet, maneuvering in traffic and on ramps inside parking garages requires attention and care.

But for anyone who needs to carry seven passengers—or five passengers with 56 cubic feet of cargo space—the Atlas SE comes with a decent price and city/highway/combined fuel economy of 17/24/19 mpg of regular gasoline.