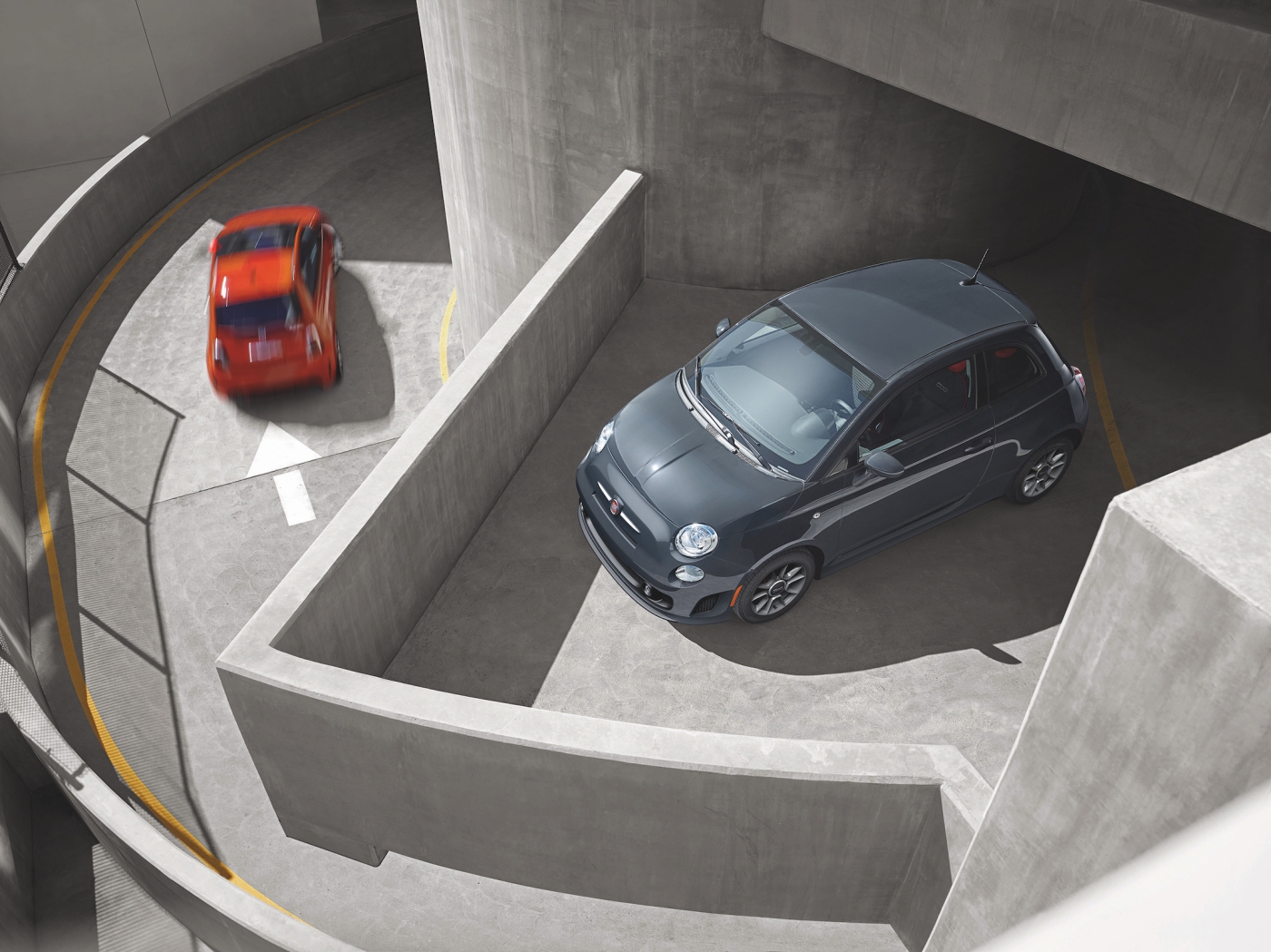 Whether you see it on the wall at an Interstate rest stop or on a small car, the message is the same: For a good time, dial FIAT 500.

In this rendering, that would be the 2019 Fiat 500 Lounge model, an upscale version of the basic two-door Italian runabout, which if nothing else comes across as cute and spunky. It arrives from Fiat Chrysler Automobiles (FCA), which also produces Jeeps, Chryslers, Dodges, Ram Trucks and high-performance marques Alfa-Romeo and Maserati. 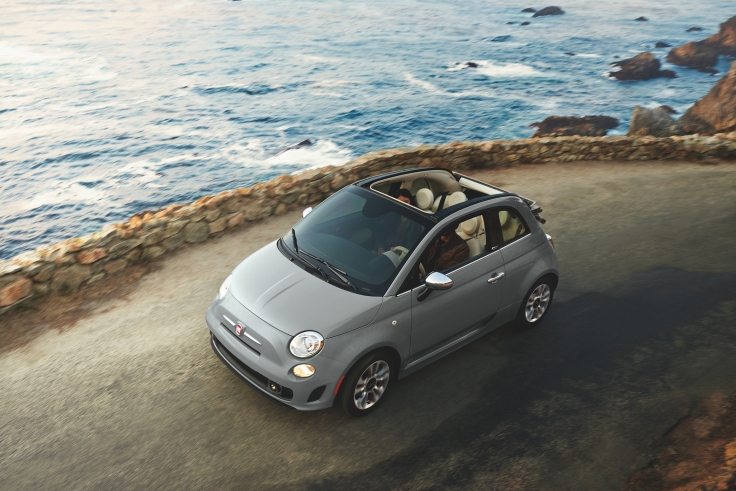 The 500 is quintessentially Italian, not much different in concept from the many tiny Fiat 500s of yore that have been romanticized in film and fiction. The idea was to be small enough to negotiate narrow Italian roads, economical enough to withstand outrageous gasoline prices, quick enough to handle urban traffic and maybe just roomy enough with a miniscule cargo area and constricted back seat suited mainly for groceries.

Not much of that has changed little with the 2019 model except that it’s more comfortable up front, with semi-exciting performance and entertaining handling, and modern amenities like satellite radio, automatic climate control, backup camera and turbocharged engines. 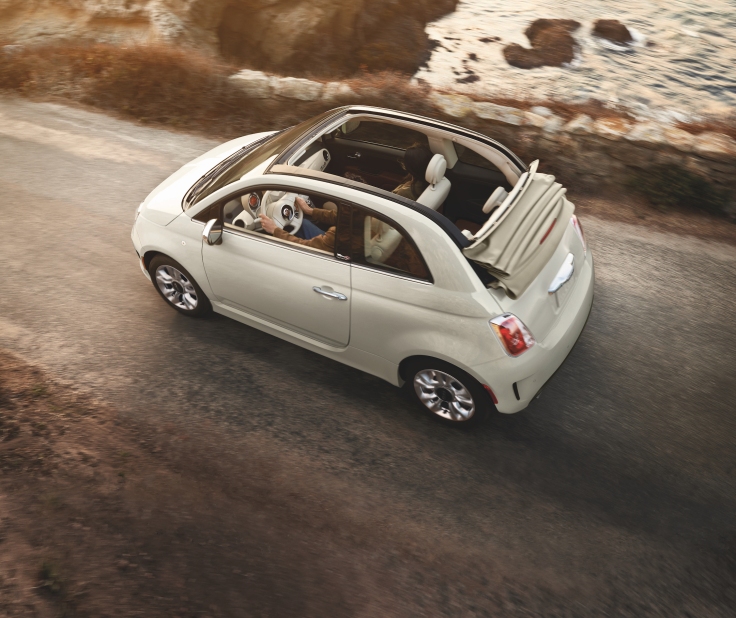 The original 500 actually made its way to the United States, along with the Fiat 124 Spider convertible, rear-engine X/19 sports car and other models in the 1950s and 1960s. But the cars were plagued by rust and poor reliability, which prompted the recurring joke that FIAT stood for, “Fix It Again, Tony.”

In 1983, Fiat bailed out of the U.S. market. But after the merger that created FCA, the marque returned in 2011, and it’s been around since for fans of its bello design, recognized world-wide as the leader of automotive style, mostly on ultra-performing machines like Ferrari, Lamborghini and Maserati. 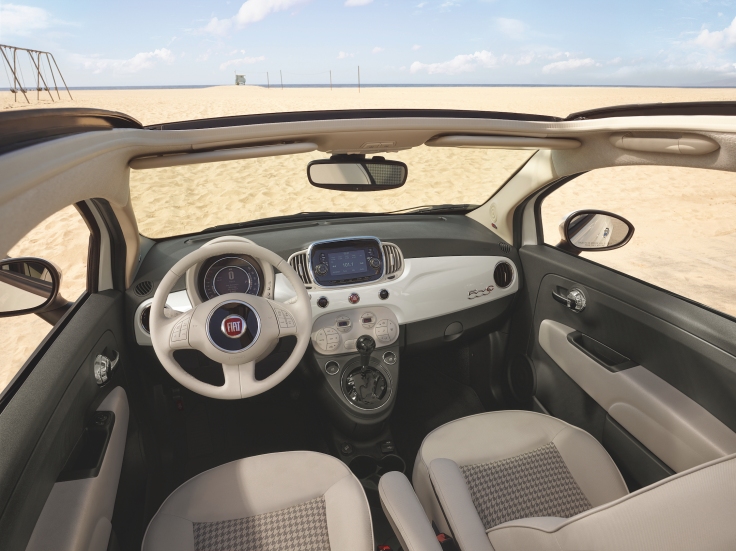 The 500 Lounge tested here, of course, does not dance in that company. Nevertheless, it has styling that has delighted generations of motorists who consider it charming and endearing. Unfortunately, that hasn’t always equated with everyday reliability and durability. Even today Fiat ranks near the top in aggravation.

Still, ratings of reliability nowadays are not what they were. In earlier days, a low ranking meant a car that had transmission, electrical or engine problems that left an owner at the side of a rural road at midnight. Now a low ranking might include some of that as well, but more often traced to a loose gasoline cap, an unfamiliar automatic transmission shifter, wind noise at highway speeds or frustration in using an infotainment system.

All of that said, the 2019 Fiat Lounge prompts affection both for its driving traits and its idiosyncrasies. On the plus side, despite a paucity of power from its 135-hp turbocharged four-cylinder engine, which delivers 150 lb-ft of torque, it feels quick off the line with the six-speed automatic transmission. Acceleration at all speeds is enhanced if you punch the dash-mounted Sport button, which tweaks transmission shifting. 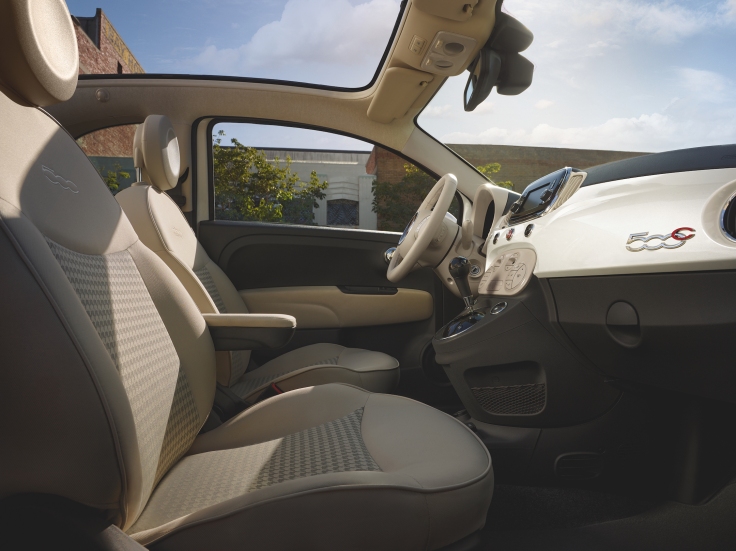 Engine sounds, which deliver constant cabin noise during stoplight sprints as well as highway cruising, are pleasant to an enthusiast’s ears though annoying on a long drive. The shortage of cabin insulation also allows a tinny sound to the audio system no matter how the bass and treble are adjusted.

Negatives also include: Sun visors that are fixed forward with no way to swing sideways to block sunlight; the impossibly cramped back seat, a perforated cloth sunshade for the motorized glass sunroof which admits blistering sunlight in summer, a big adjustable steering wheel that tilts but does not telescope and no pushbutton starting, though the ignition key works as well as always. 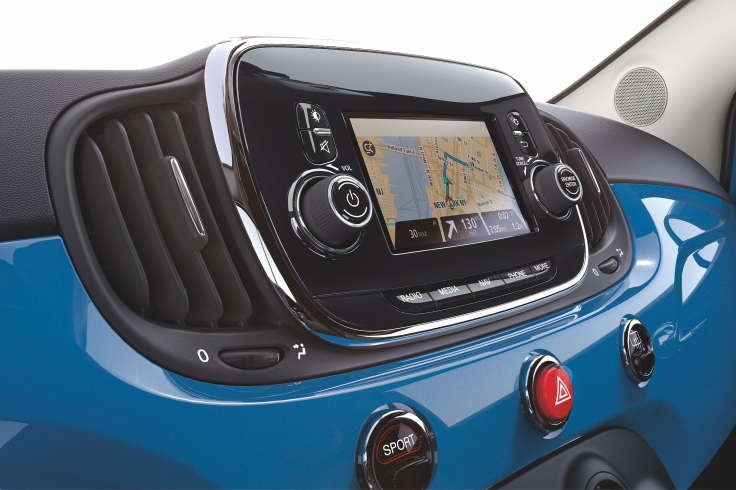 The tested 2019 Fiat 500, with no increase in price, is essentially the same as the 2018 model, which introduced a number of mechanical and style improvements, including the standard turbocharged engine, performance braking and suspension systems, backup camera, rear spoiler and fog lights.

Base price of the Lounge trim level is $21,240 and the bottom-line sticker came to $24,815. Options included the six-speed automatic transmission (a five-speed manual is standard), motorized glass sunroof, navigation system, 16-inch bright aluminum wheels and a Beats premium audio system, which as noted earlier could not manage a premium listening experience.

If what you need or want is a stylish, entertaining mini-car that also is OK for an occasional short trip, take a test drive. 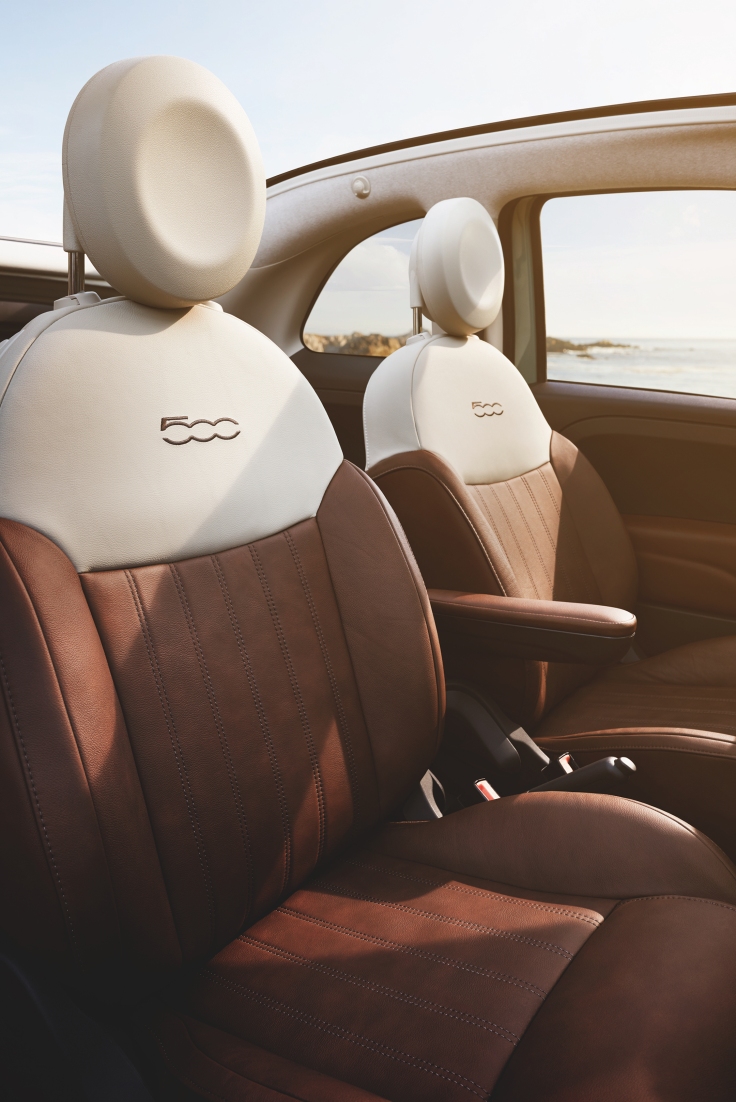 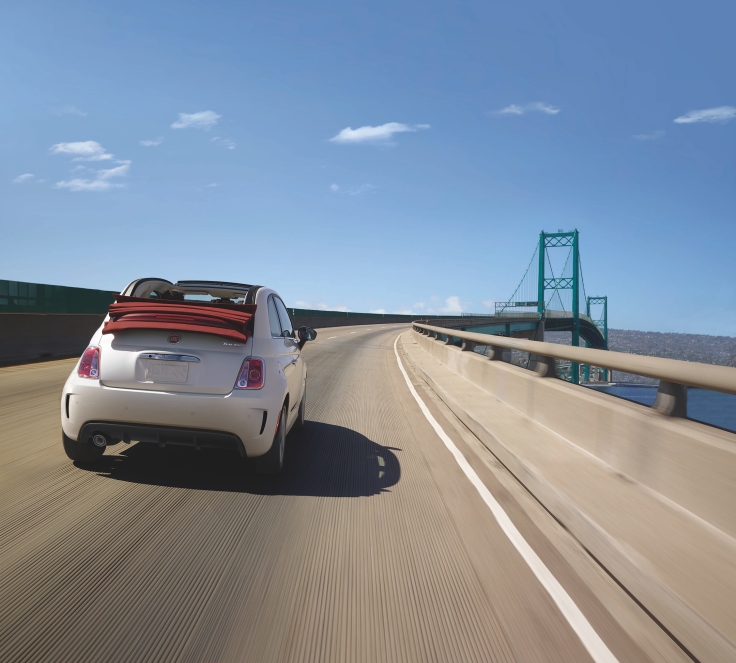