It’s hard to escape the notion that the 2018 Jeep Grand Cherokee Trackhawk is an imposter. Sure, it looks like a Jeep and has off-road chops. But its price tag suggests it might be a high-end Land Rover in Jeep’s clothing.

The rhino gray ghost of a test vehicle with its intimidating black wheels arrived with a price tag just $35 shy of 100 grand. That’s right: one hundred thousand dollars.

That would not be particularly daunting to Land Rover and Range Rover customers, many of whom have fat bank accounts or credit lines longer than a California freeway. Though Land Rovers are more than capable of traversing trackless terrain, they often are bought as luxury cars that never go off the pavement. Six-figure price tags are not unusual. 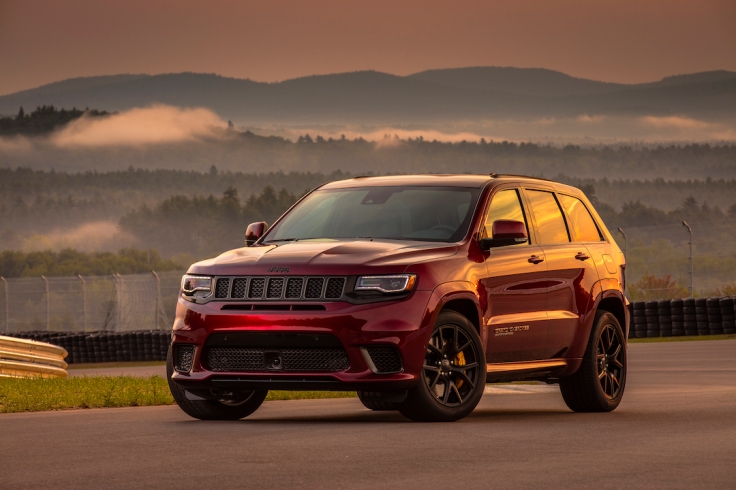 The tipoff for why this Jeep crawls into that territory is its name: Trackhawk, as in race track. It is powered by a 707-hp 6.2-liter supercharged V8 engine that develops 645 lb-ft of torque. It is connected to a sophisticated all-wheel-drive system through an eight-speed automatic transmission that can be shifted manually.

That setup not only would provide enough power for any off-road duty, it likely could enable the Trackhawk to claw its way out of a coal mine. But most off-roading, especially if you follow the more difficult escapades of Land Rovers and Jeeps, is done at single-digit speeds, sometimes with spotters on foot to direct the path.

So, as with any of these super- and hyper-powerful vehicles that occasionally make their way into the marketplace, it’s mostly about customers who, no matter what, just got to have the meanest machines available — even if they will spend the bulk of their time crawling along in heavy traffic fender-to-fender with a Toyota Yaris or Kia Rio. 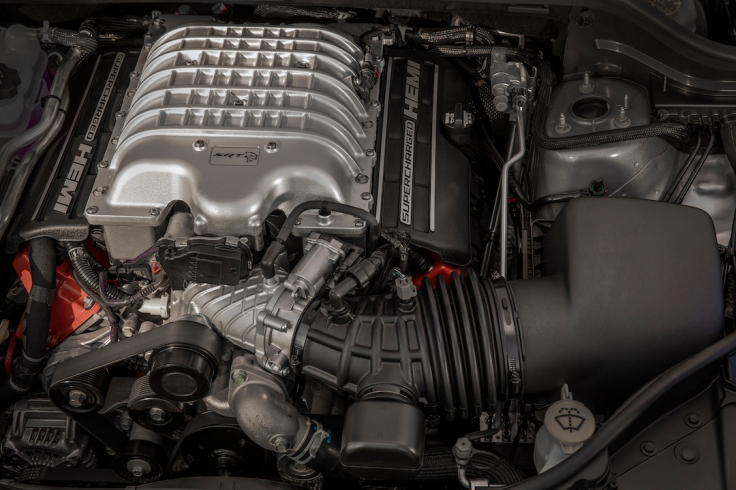 With a few minor alterations, the Trackhawk’s engine is the same one that powers the Hellcat versions of the Dodge Charger and Challenger from Fiat Chrysler Automobiles (which also owns Jeep). With a launch-control system to mitigate wheel spin, the Grand Cherokee Trackhawk can accelerate to 60 mph in 3.5 seconds, only about a second slower than the new 1,500-horsepower, $2.6 million Bugatti Chiron, billed as the world’s fastest production car.

The Trackhawk’s edge over its Challenger and Charger garage mates is its sport-utility configuration, which means it can seat five people, four of them comfortably while the unfortunate in the center-rear position simply endures. It also has 36 cubic feet of cargo space behind the back seat and it can tow trailers weighing up to 7,200 lbs.

However, it also weighs 5,260 lbs, partly because it had to be strengthened considerably more than other Grand Cherokees. That includes a competition suspension system and reinforced drive train components. A stronger transfer case and transmission handle the engine’s massive torque, or twisting force. Of course, all that beef affects fuel economy. On the EPA’s city/highway/combined fuel consumption chart, the Trackhawk manages just 11/17/13 mpg.

Take to the public roads with moderate pressure on the throttle and the Trackhawk can seem as unassuming as a compact crossover SUV. It’s only when you punch the pedal that the supercharger gets the engine growling menacingly and your torso is shoved against the seatback.

The steering has a heavy feel, but the Trackhawk is obedient around curves. It rolls steadily in a straight line with no inclination to wander and require steering corrections. Brembo competition disc brakes, painted yellow, stop with authority. The ride is biased toward handling, but is not unduly rough. 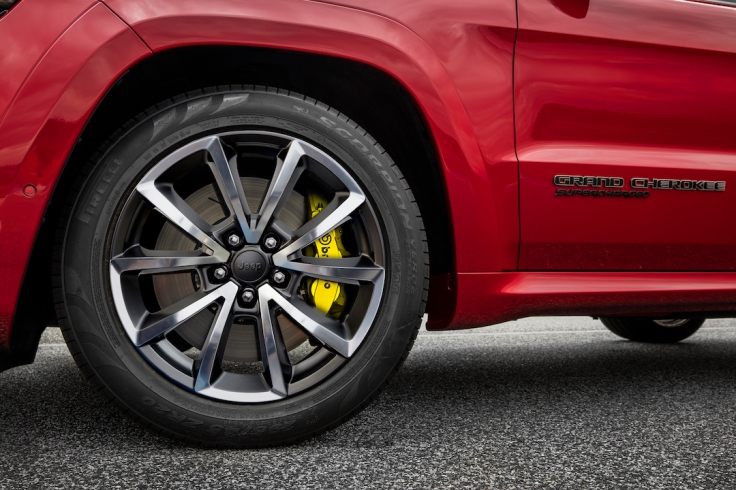 One minor problem: For some unknown reason, whenever the ignition was switched off and on again, the climate system defaulted to the high settings for the heated front seats and the heated steering wheel. They had to be turned off manually.

Other than that, the beast performed flawlessly.