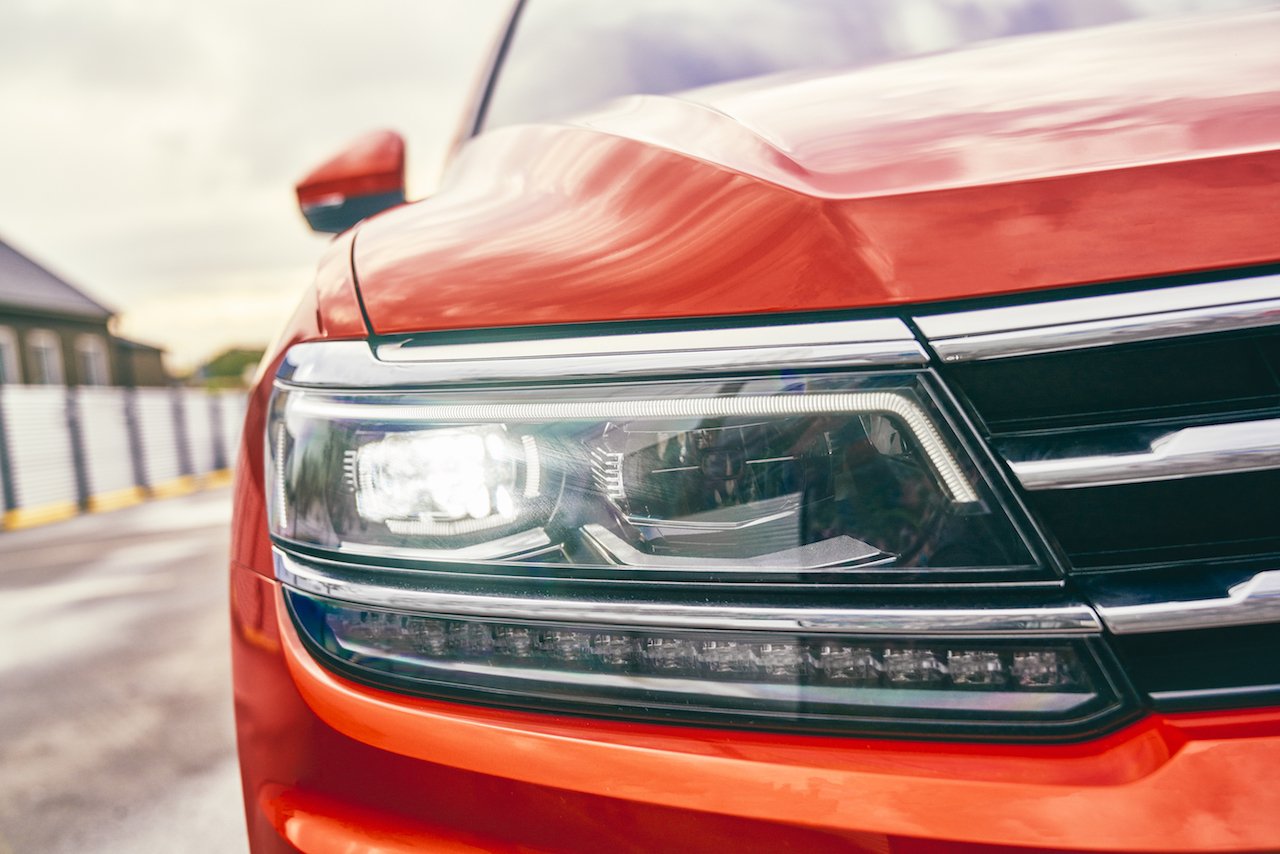 Volkswagen ups its game in the crossover SUV arena with a triple-double by a new player, the 2018 Tiguan.

It has nothing to do with points, rebounds, assists or blocked shots in a basketball game, though the German manufacturer would be delighted if the Tiguan managed some steals from competitors.

To that end, it has doubled its overall warranty to 72,000 miles and six years from the standard 36,000 miles and three years. It also has added a third row of seats to all Tiguans, standard on front-wheel drive models and a $500 option on all-wheel-drive models. 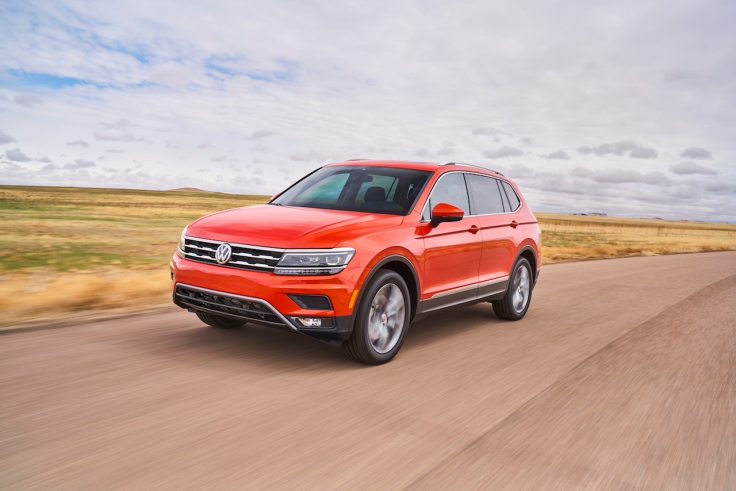 It’s all part of VW’s effort to win over new fans and rebuild trust among existing ones who were angered and disillusioned by the company’s cheating on diesel-engine emissions. Not surprisingly, the new Tiguan is powered by a gasoline engine, though a gasoline/electric hybrid could eventually follow.

The Tiguan’s triple-double certainly enhances its appeal, although the South Korean Hyundai and Kia brands currently offer an overall warranty of 60,000 miles and five years, as well as 10 years and 100,000 miles on the engine and transmission.

For now, the Tiguan’s power comes from a 2.0-liter 4-cylinder turbocharged engine that delivers 184 hp and 221 lb-ft of torque through an 8-speed automatic transmission. City/highway/combined fuel economy is 21/27/23 mpg. 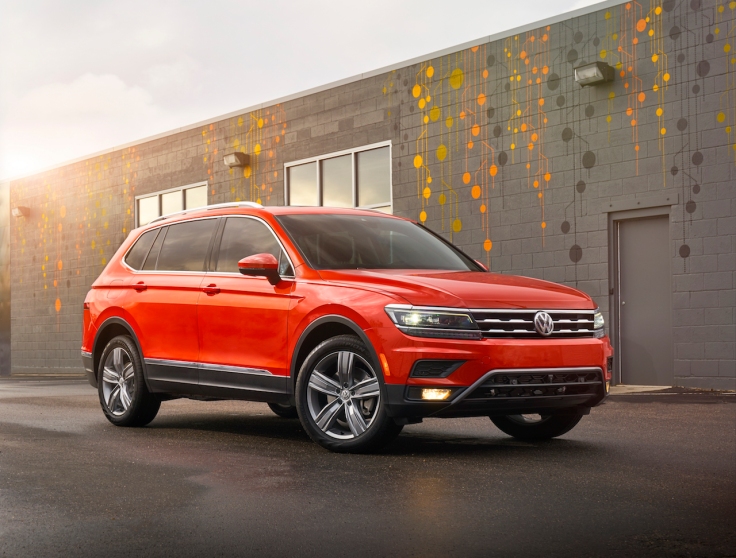 The Tiguan plays in the current automotive version of March Madness, in which crossover sport utility vehicles of all sizes are knocking sedans out of the game. That’s particularly true in the compact cluster where the Tiguan competes against such proven competitors as the Honda CR-V, Ford Escape, Toyota RAV4, Kia Sportage, Nissan Rogue, Hyundai Tucson and Mazda CX-5.

With the new Tiguan, VW reckons that it now can brag that it is a family-oriented full-line company. It joins the midsize Touareg and new full-size Atlas, along with the Golf Sportwagen, Golf hatchbacks, Beetle, and Jetta, CC and Passat sedans.

The new Tiguan is nearly 11 inches longer than its predecessor, now stretching to 15 feet 5 inches in length. That delivered enough space for the third row, which increases the passenger capacity to seven. However, the third row should be reserved for athletic small children and forbidden to senior citizens of any age. It takes a gymnast’s twists and turns to get back there, where there’s barely enough space for backpacks and watermelons. 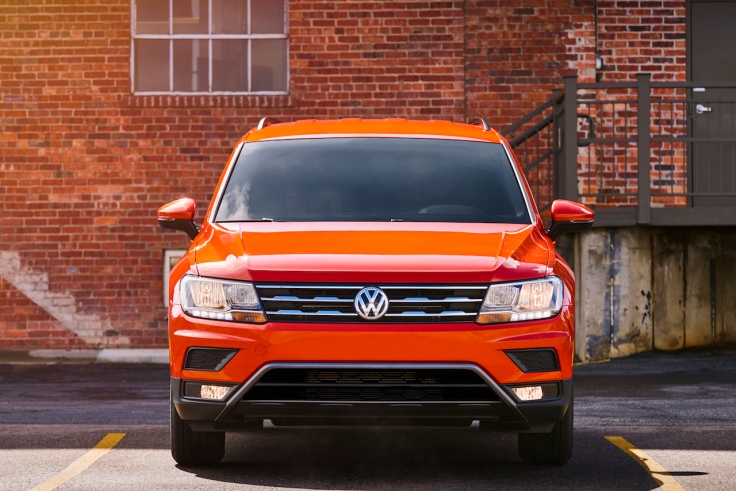 Likely most owners will reserve the third row for dire emergencies and simply leave it folded to expand the cargo area, which in two-row versions has 38 cubic feet of space, about triple what you find in compact sedans.

The Tiguan comes in four trim levels with a starting price of $24,245 for the base S and ranging up to $38,450 for the all-wheel-drive top-of-the-line SEL Premium. The focus here is on the two-row all-wheel-drive SE, which carried a price tag of $31,280.

To get all the goodies like navigation, lane departure and collision mitigation, blind-spot warning, rear camera, SXM satellite radio and other safety, connectivity and convenience items, you must order one of the more expensive versions. 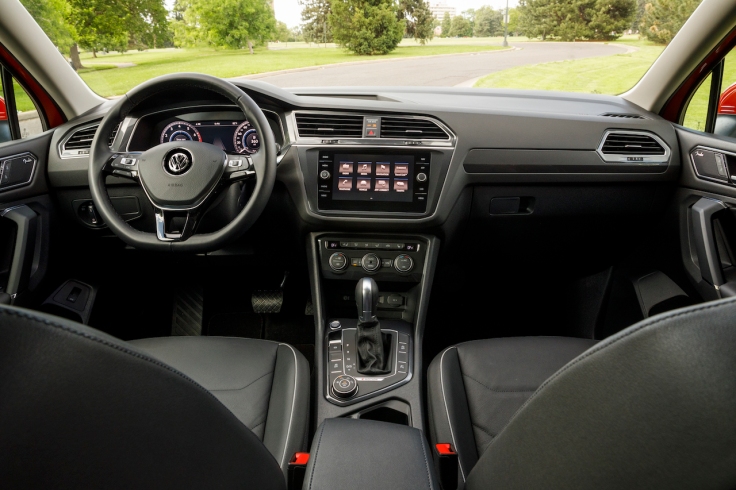 The Tiguan has a character that owners often refer to as its German feel. It tracks cleanly down the road, has a suspension system that absorbs bumps and, with accurate steering, handles curving roads without fuss. In addition, the ride is comfortable and very quiet with little intrusion of mechanical, road or wind noise. 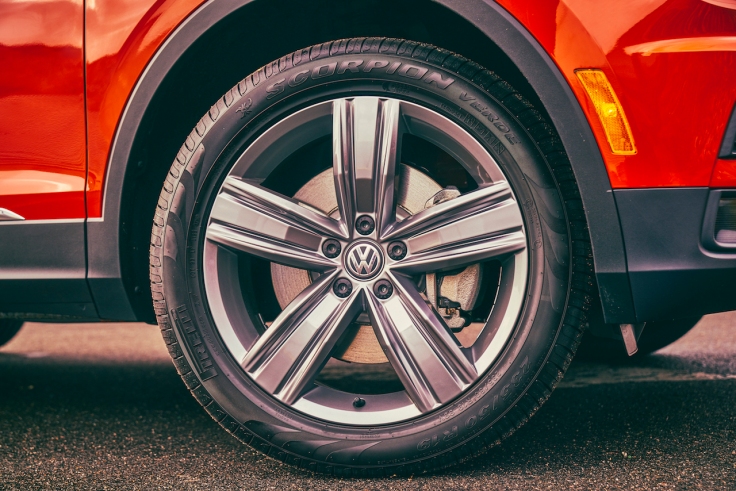 A couple of quibbles are in order. The CD changer, in a nod to the past, resides in the glove compartment. Also, on models with the panoramic sunroof, the shade is made of a flimsy material that mimics cheesecloth and allows too much sunlight to intrude. Sun shades should be opaque.

Another cheesy item that saves a couple of bucks: The driver’s side sun visor slides on its support rod to fully block sun from the side; the passenger does not get the same courtesy because that visor is rigidly fixed.

Overall, this is an improved and more competitive Tiguan in a tough fight. 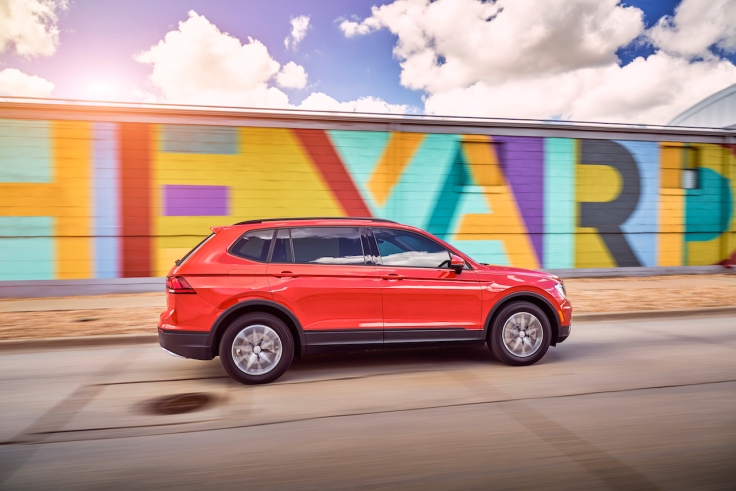 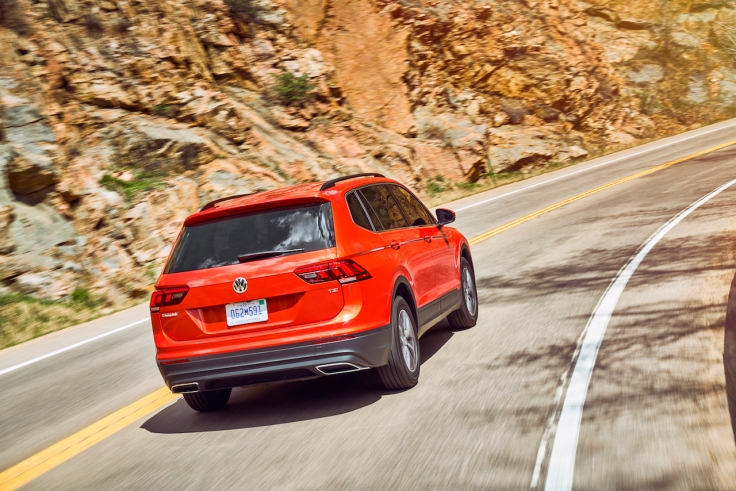