Always a good and faithful servant, the 2017 Kia Soul gets some fire in the belly.

It comes in the guise of a 201-horsepower, 1.6-liter turbocharged four-cylinder engine that makes 195 pound-feet of torque. It is the most power ever in the Soul’s brief history as a mainstay of the South Korean manufacturer’s lineup of sedans, hatchbacks, crossover sport utility vehicles and the Sedona minivan.

To get the turbo engine, you must order the top-line Exclaim, which Kia identifies simply with an exclamation point (!). In an expression of modesty—or perhaps cachet for the cognoscenti—the Exclaim carries no turbo identification badges. So it could surprise some lead foots in stoplight sprints.

Unfortunately for enthusiasts with limited bucks, the Exclaim does not offer a manual gearbox. The easy-shifting six-speed stick comes only on the base Soul. A six-speed automatic transmission costs an extra $1,600 on the base model and is standard on the Plus.

Order the turbo Exclaim and the only transmission is a performance-oriented seven-speed dual-clutch automatic, which delivers snappy shifts and a manual mode to shift for yourself, though there are no steering-wheel shift paddles. If you must have a manual gearbox, Kia will happily direct you to its Forte 5 hatchback, offered with the six-speed stick or seven-speed twin-clutch automatic.

Kia likes to refer to the Soul as a crossover SUV. Strictly speaking, however, it doesn’t fit the definition because it has front-wheel drive and does not offer all-wheel drive. In that respect, it is similar to the new Toyota C-HR and Kia Niro, both of which are front-drive only. 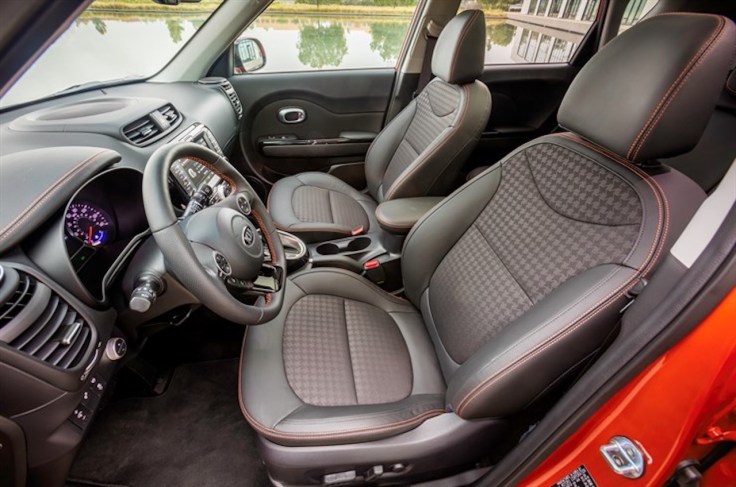 But the Soul does qualify as unique in the marketplace, though it used to have competition from the Nissan Cube and now-defunct Scion xB, both of which were squared-off hatchbacks.

Since its introduction in 2009, the Soul has been an unqualified success for Kia. When 2017 closes out, it will be on the threshold of a million sales in the United States. The new Exclaim turbo likely will contribute substantially to that milestone.

Likely nobody buys a Soul for sport. Its essence, or soul if you will, is that of a roomy, comfortable and economical car with up-high seating and tidy exterior dimensions that make it easy to maneuver and park. The bonus is its interior volume of 125 cubic feet, which the government classifies as a large car.

Twenty-four of those cubes await behind the second row seatback, which is about double what you get in a typical compact sedan. Fold the seatbacks, the space jumps to 61 cubic feet and the Soul becomes a small cargo truck with seats up front for two soul-mates.

That’s true of all Soul models, of course. What the Exclaim adds, though not without extra cost, is a sporting personality. With the snap-shifting twin-clutch automatic, it gets a solid leap off the line and nails 60 mph in a smidgen more than seven seconds, according to an instrumented test by Car and Driver Magazine. Top speed is 125 mph.

The performance ingredient continues with handling and braking. Though the Soul would not be much of a challenge on twisting roads to some sports sedans and two-seaters, it hustles around curves confidently with little body lean.

Moreover, the Exclaim qualifies as frugal by modern standards. City/highway/combined EPA-certified fuel consumption works out to 26/31/28 mpg on regular gasoline. Its $23,500 base price is about 10 grand less than the average price of a new car these days. The tester was so well equipped that the only option in its $23,620 delivered price was $120 for carpeted floor mats. 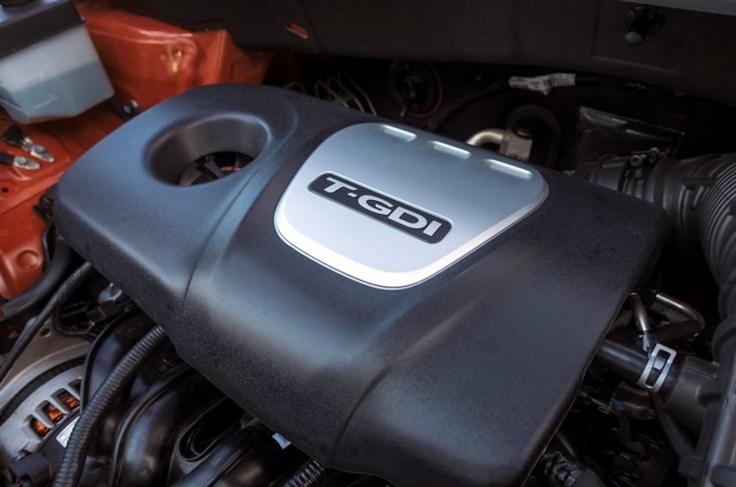 The fastest growing vehicles now are small crossover SUVs. Though they offer all-wheel drive, many are sold with front-drive. If that’s the choice, the Soul is a fine alternative. 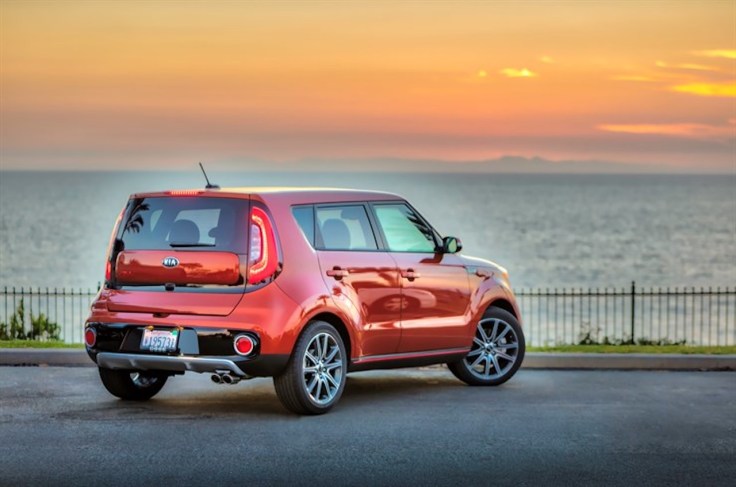