Faced with stiff competition and an onslaught by crossover sport utility vehicles, the 2017 Mazda6 perseveres as a solid choice for anyone who values driving enjoyment along with the traditional virtues of a midsize four-door sedan.

The Mazda6 enjoys a reputation for reliability and, in the current climate, you might even add exclusivity. Among the 10 best-selling midsize sedans, it ranks last behind the Subaru Legacy and Volkswagen Passat.

Interestingly, Mazda has confirmed that it will offer a 2.2-liter four-cylinder diesel engine in its 2017 CX-5 compact crossover SUV. There was no indication of whether it would also be offered in other models like the Mazda6.

The 2017 Mazd6 has one power plant for three trim levels: Sport, Touring and the version tested for this review, the Grand Touring. It is a 184 horsepower, 2.5-liter four-cylinder engine that delivers 185 pound-feet of torque. 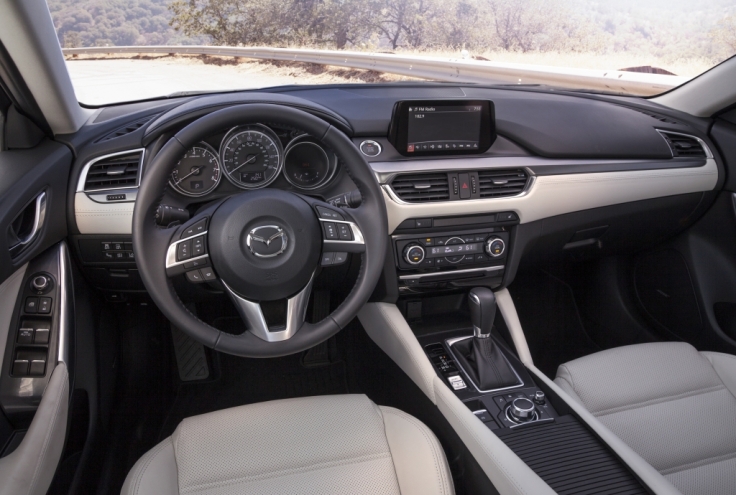 The Grand Touring version has all that, along with adaptive radar cruise control, lane keeping assist, rear cross-traffic alert, a motorized glass sunroof, rear trunk-mounted spoiler, fog lights, heated outside mirrors with auto-dimming on the inside and driver’s side mirrors, navigation system, head-up display that shows a variety of functions, including the current speed limit, leather upholstery, and eight-way power driver’s seat with six-way power for the front passenger. 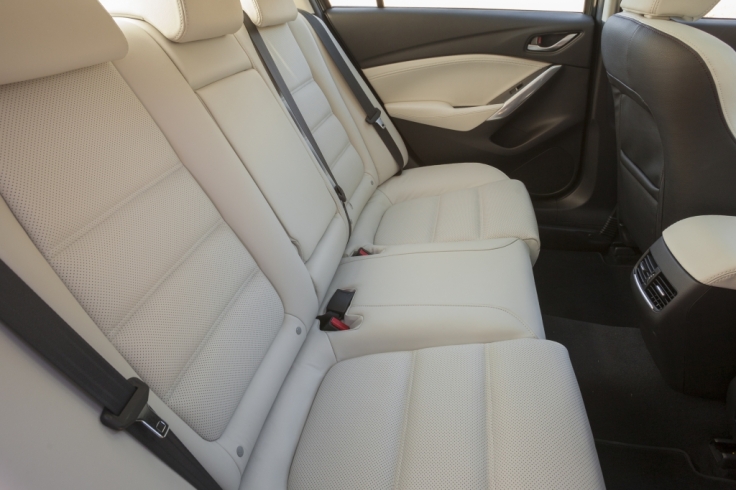 With options, the test car had a $34,395 price tag. It starts at $32,595. That’s a couple of thousand dollars less than the average price of a new vehicle these days.

The Mazda6 takes full advantage of the company’s SkyActiv technology, a term that was confusing to some onlookers at first but is become more well known. It’s a philosophy that takes a holistic approach to designing a vehicle, examining every aspect to ensure that it contributes to overall performance. An extreme example: it takes a few ounces out of the inside rearview mirror as a contribution to overall weight reduction.

Immediately apparent on a test drive is the Mazda6’s supple suspension system, which has an uncanny knack for soaking up road irregularities that would result in sharp jolts to passengers in many other cars.

That suspension system — independent front and rear with stabilizer bars — also contributes to the Mazda6’s strong suit: precision handling. It tracks confidently in a straight line and takes a confident set around curves with tactile steering feedback.

On the road, the Mazda6 cruises quietly with modest road and wind noise, and just enough engine sounds to let insiders know there’s a free revving engine under the hood.

Long-distance jaunts are comfortable. The front seats offer support and side bolsters hold the torso in place during cornering. Out back, the outboard seats also deliver comfort with plenty of knee and head room for most adults. The center position unfortunately is almost useless, with hard, high cushion and a big floor hump that wipes out foot space.

The Mazda6 is not the quickest off the line unless you engage the sport mode, which holds the automatic’s shifts until the engine builds to higher revolutions. You also can enhance acceleration by manually shifting with the steering wheel paddles.