With the 2017 Chevrolet Cruze Diesel sedan, General Motors places a long-odds bet that oil-burning passenger vehicles have not met their end of days in the U.S. marketplace.

Except for heavy-duty trucks and long-distance 18-wheelers, Americans have never fully embraced diesels, remembering the days in the latter half of the 20th century when most diesels were smelly, slow and often wouldn’t start in cold weather.

Those negatives have gone away. Modern diesels, especially in luxury cars, behave unobtrusively and most drivers would be hard put to distinguish them from gasoline-engine automobiles.

Yet the old prejudices continue, now augmented by the scandal in which Volkswagen faked emissions tests for nearly 11 million diesel-engine vehicles world-wide, including about 500,000 in the U.S.

About half of the passenger vehicles in Europe use cheaper diesel fuel and get about a 30% improvement in mileage over comparable gas burners. They also get high marks for durability. But it is becoming increasingly expensive to scrub the foul emissions. The CEO of Sweden’s Volvo said recently that the company likely would not develop a new-generation diesel engine.

Moreover, the mayors of Paris, Madrid, Mexico City and Athens have announced that they planned to ban diesel cars and vans from the centers of their cities by 2025 to reduce air pollution.

Cities in the U.S. have an easier clean-air pathway because only about 5.3 million of the 264 million passenger cars and light trucks on the road nation-wide are diesel-powered. In 2016, less than 1% of the total 17.5 million light vehicles sold were diesels.

It was a poor diesel sales year partly because of the Volkswagen scandal, which now has caused the German manufacturer to eschew diesels entirely in the U.S. That opens the way for Chevrolet and a few others to fill the gap for the remaining diesel enthusiasts, who might account for several hundred thousand annual sales. 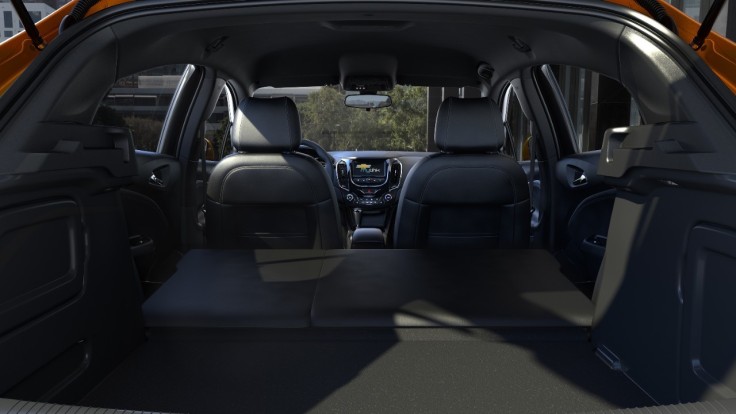 The Cruze is an ideal candidate for diesel power. It is a sedan (or hatchback) that resides in the compact class, just a few cubic feet shy of the interior space that would get it a midsize classification. Unlike its predecessors, the forgettable Cobalt and Cavalier, it was so carefully designed and engineered that it won one of the “10 Top Picks” in the Consumer Reports 2017 Annual Auto Issue.

Most impressive, according to CR, was that its testers managed 47 mpg in highway driving, though the EPA gave the Cruze a 42-mpg rating. That was with the standard 153-hp 1.4-liter turbocharged four-cylinder gasoline engine with 177 lb-ft of torque.

The EPA rated the city/highway/combined mileage of the diesel Cruze tested here at 31/47/37 mpg. It is powered by a 137-hp 1.6-cylinder diesel (also turbocharged) that develops 240 lb-ft of torque.

That number is what gives this Cruze a sense of performance in acceleration off the line because the torque, or twisting force, makes itself felt at lower engine revolutions than with the gasoline engine. A new nine-speed automatic transmission efficiently sends the power to the front wheels. (A more engaging six-speed manual gearbox costs $1,600 less).

But it’s no drag racer and it is encumbered somewhat by a mileage enhancing stop-start system, which builds in a bit of hesitation moving away from a stoplight. Unfortunately, it cannot be turned off but can be defeated by simply lifting a foot slightly off the brake pedal.

There are other minor downsides to the Cruze diesel. Its engine noises are raucous—more so under hard acceleration. Its equipment is similar to the midlevel LT trim, which means it does not have automatic climate control or sun visors that slide on their support rods to adequately block sunlight from the side. That omission adds a couple of bucks to the profit margin, but why? Curiously, previous Cruze models did have a sliding sun visor—only on the driver’s side.

Other than that, the tester had a high level of equipment for its base price of $26,270. It included full safety equipment, pushbutton starting, air conditioning, a Wi-Fi hotspot, SXM satellite radio, navigation, and Apple CarPlay and Android Auto. Options added lane departure and blind-spot warning, a motorized glass sunroof and leather upholstery for a $29,655 sticker.

Given the outstanding fuel economy of the gasoline Cruze, the question is whether buyers will spend the extra $2,795 for the diesel-engine model. But it’s there for those diesel devotees and others who might want one. 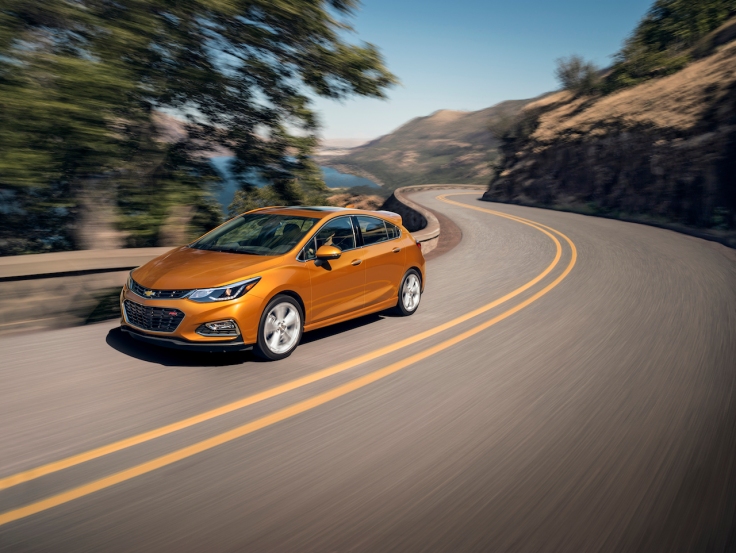 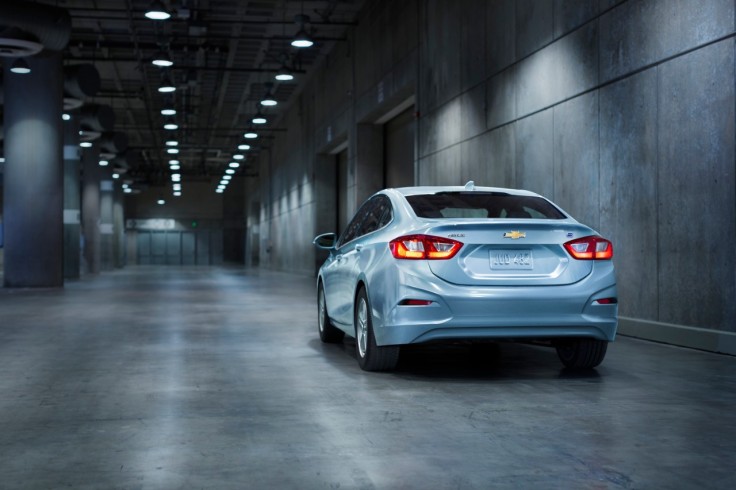