The 2017 Buick La Crosse fulfills its traditional role at General Motors as a luxury car without the cachet of a Cadillac but a satisfying alternative and less expensive to boot.

While a new Caddy CT6 can run well over 90 grand, the top trim La Crosse Premium tested for this review came with a starting price of $41,990 and, with options, topped out at $48,395. That’s with front-wheel drive; if you want all-wheel drive it costs an additional $2,200.

The La Crosse, a comfortable full-size four-door sedan, comes in four trim levels: base, starting at $32,990, Preferred, Essence and Premium. Only the Premium can be ordered with front drive or all-wheel drive; the others have front drive.

Redesigned for 2017, the La Crosse is longer, lower, wider and lighter than its predecessor. It is down about 300 pounds, mainly because of the use of more expensive, high-strength steel and state-of-the-art sound deadening materials.

A new 300-hp 3.6-liter V6 engine, with 282 lb-ft of torque, provides the motivation, sending the power to the pavement through an eight-speed automatic transmission. To complement the lighter structure, fuel economy is enhanced by cylinder deactivation, where the engine switches to four-cylinder operation (Buick calls it active fuel management). 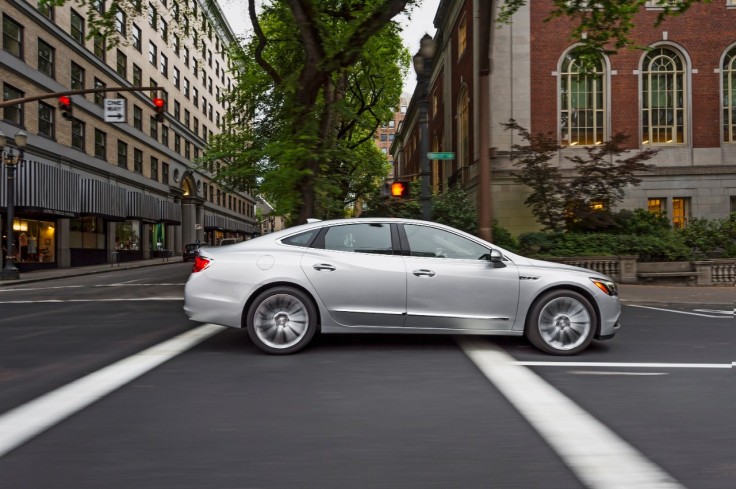 Also contributing to the city/highway/combined fuel consumption ratings of 21/31/25 mpg is an engine stop-start feature, which is one of the better systems around. When the engine re-starts after shutting down at a stoplight, for example, it is barely noticeable, though it does cause a brief hiccup in acceleration — as do all stop-start systems. However, the system can be switched off.

On the road, the La Crosse Premium delivers relaxed and serene long-distance cruising in quiet comfort. Power is more than adequate for freeway merging and passing, and the La Crosse tracks steadily with little need for steering corrections. It is capable on twisting roads as long as it is not unduly hurried.

In the tested Premium trim, the La Crosse comes with a classy interior highlighted by faux wood grain trim and leather accents. The seats are comfortable, covered in perforated leather, though the front seats lack lateral support in cornering.

A welcome feature for the driver is a lumbar support that massages the lower back. Seats are heated and ventilated, and the steering wheel is heated as well. Spacious comfort in the back outboard seats nearly matches the front seats but the center-rear fifth seat, as in most automobiles these      days, is a hard perch that restricts headroom and is severely compromised by a big floor hump. Either splay your feet on both sides or sit with your knees up near your chin. A power shade for the backlight keeps unwanted sunshine at bay.

The La Crosse sends driver information cleanly with a combination of analog and digital instruments, abetted by a comprehensive head-up display reflected on the windshield. A comforting safety message shows up at shutdown in the instruments, reminding the driver to look at the back seat to determine whether a child is in the car. In the center of the dash, a large touch screen for radio, navigation and other functions is intuitive and easy to operate.

An unusual shifter for the automatic transmission requires the driver to press a button, push forward and then to the left to engage reverse gear. It’s awkward at first but easy to use with practice.

Out back, there’s a shallow though roomy trunk. A panel provides access to the battery, which is installed there for improved weight distribution. One indication of a cost-based compromise: the trunk hinges are not covered or otherwise isolated so could damage luggage or other content.

For anyone whose taste favors full-size luxury cars, the La Crosse competes handily with cars like the Kia Cadenza and Toyota Avalon — and even the more expensive Cadillac CT6. 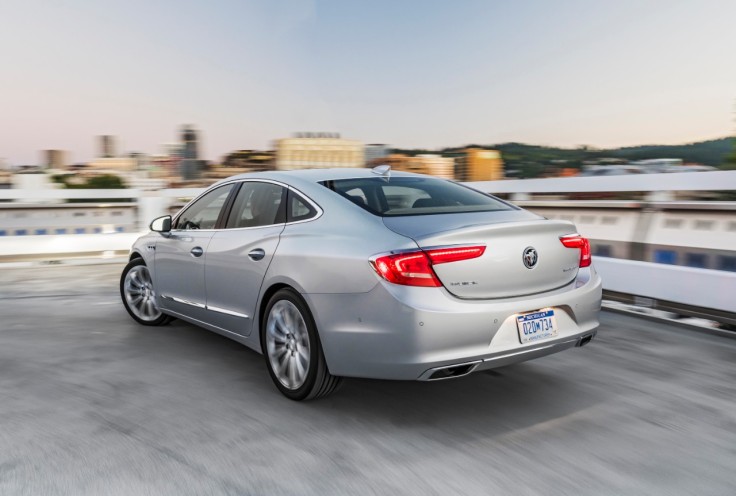 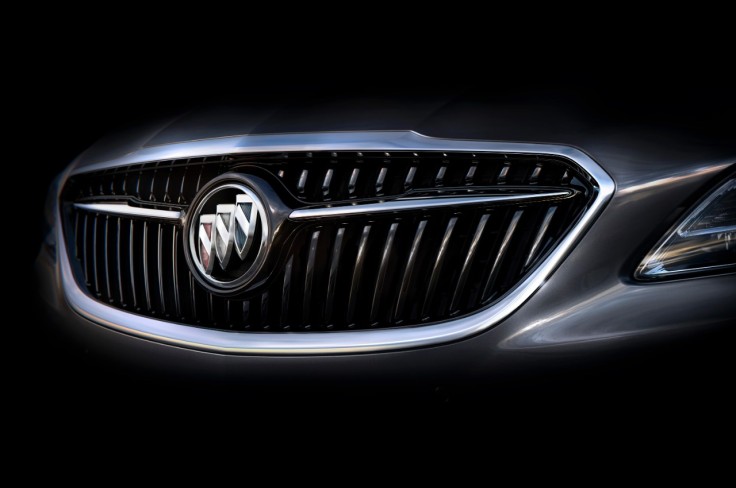