The 2017 Subaru Forester proves, once again, that excellence does not necessarily equate with popularity.

As a competitor for the growing consumer infatuation with compact crossover sport utility vehicles, the Forester consistently earns praise from critics and has been the top choice in the class by Consumer Reports.

Yet it ranks sixth in sales among popular compact crossovers, behind the best-selling Honda CR-V, Toyota RAV4, Nissan Rogue, Ford Escape and Chevrolet Equinox. That’s an achievement given the fact that Subaru, which enjoys a fine reputation and enviable owner loyalty, ranks eighth in overall sales among vehicles offered in the United States.

For 2017, the Forester achieves a level of technological advancement that makes it safer and a better performer than before, especially in the top tier 2.0XT Touring model tested for this review.

On the performance front, the 2.0XT comes with a 250-horsepower, turbocharged four-cylinder engine that develops 258 pound-feet of torque. Its horizontally-opposed design (also called a boxer, flat or pancake configuration), in which the cylinders lie flat on both sides of the crankshaft, contributes to a lower center of gravity that aids the handling of this tall crossover. 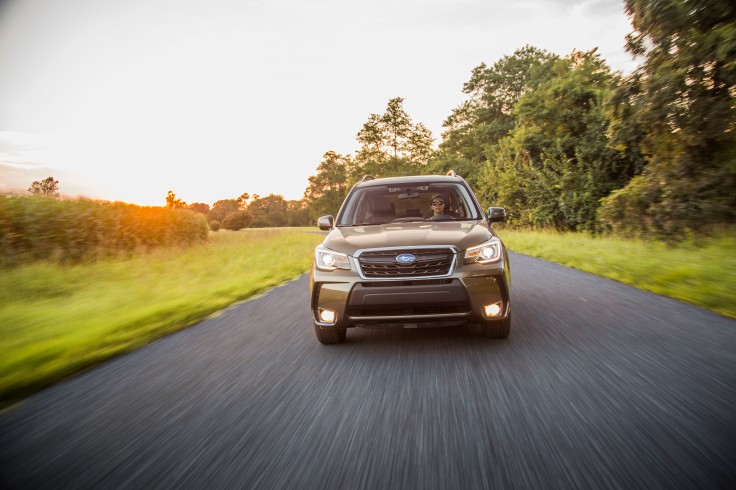 All-wheel drive is standard and the power gets to the wheels through an innovative continuously variable automatic transmission (CVT), which can be shifted manually with paddles on the steering wheel.

The transmission has three shift modes: Intelligent for routine driving chores, in which the CVT multiplies the engine’s torque without shift points. But for sharper performance there are two additional shift modes controlled by paddles on the steering wheel—Sport and Sport Sharp.

All three modes make for sprightly acceleration off the line but the Sport and Sport Sharp modes deliver a more flexible and involved driving experience.

Shift into Sport and the transmission mimics the shift points of a six-speed automatic transmission for quicker response. Sport Sharp takes it one level better with eight speeds. Both the six- and eight-speed modes operate automatically or manually with the paddles.

They’re a lot of fun to play with in different circumstances and give the Forester a sporting manner that belies its practical crossover SUV orientation. Also, handling is enhanced by brake-activated torque vectoring to more precisely point the Forester around curves.

The suspension system soaks up softer bumps but the ride gets choppy on the many rough roads that have developed everywhere because federal, state and local jurisdictions are short of money to maintain them. 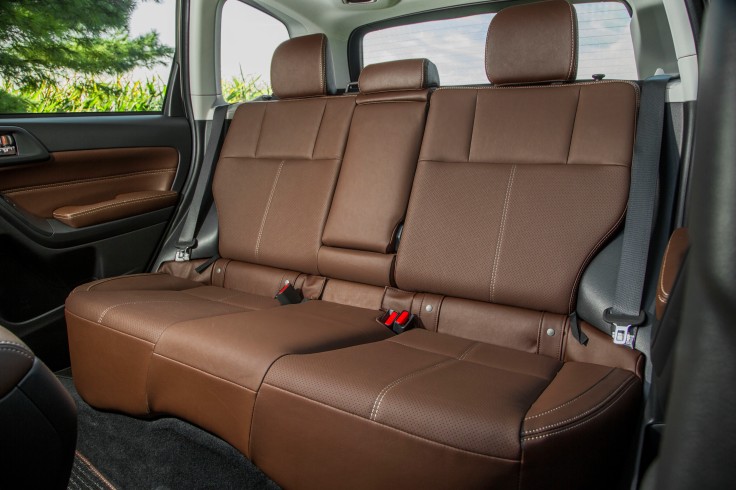 On the safety side, the tested Forester 2.0XT arrived with Subaru’s EyeSight suite of driver assist features. They include adaptable cruise control, which automatically maintains a set distance from the car ahead; pre-collision braking, which will stop the vehicle if it detects an imminent collision; lane-departure warning and mitigation, which steers a wandering vehicle back into its lane; reverse automatic braking if an object is detected; rear cross-traffic alert; sway warning; automatic headlight high beams, and blind-spot warning (superfluous if the outside mirrors are adjusted properly).

There are also aids for modest off-roading: hill descent control, which maintains downhill speeds at 12 miles an hour or less, and pushbutton activated X-Mode, which reduces wheel slip by automatically adjusting engine and transmission responses below 18 miles per hour. 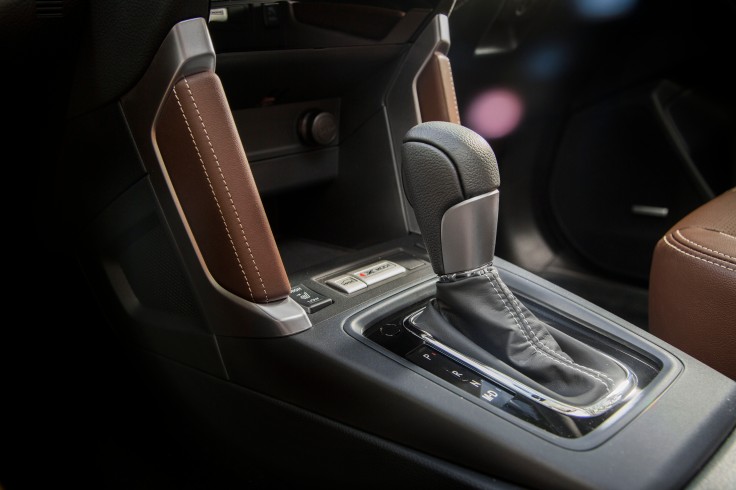 With its tall, somewhat boxy shape, the Forester delivers exemplary passenger and cargo space. Headroom inside is generous enough for ten-gallon hats and the tall windows provide excellent outside visibility.

A giant motorized glass sunroof provides an expansive overhead view. Side view mirrors are mounted back on the doors, affording shorter drivers an unobstructed view of close obstacles like curbs. One shortcoming: despite slide-out extensions on the sun visors, they are not long enough to completely block sunlight from the sides.

Though the rear seatbacks fold flat, they do not line up with the cargo floor. But there’s a generous 32 cubic feet of space for cargo behind the seatbacks, which grows to 69 cubic feet when they are flipped down.

Outboard back seats pamper tall passengers with plenty of knee room in addition to the head room. Even the center rear position, hampered by a floor hump and a hard seat cushion, is usable.

As the top of the line, the tested 2.0XT arrived with the highest Forester price. It starts at $35,170 and, with a navigation system, the Eyesight driver assistance and Subaru’s Starlink roadside assistance services, had a tested price of $36,765.