It is fair to conclude that the 2017 Chevrolet Bolt constitutes an electric automobile revolution.

There already are many electric cars. But usually they have drawbacks of one kind or another: too expensive, don’t travel far enough, take too long to re-charge or are cheaply built.

Chevrolet, however, has produced an honest, popular priced, entertaining electric that looks and feels like a real automobile with few shortcomings—except for sun visors without sliders to adequately block sunlight from the sides. The Bolt resembles a four-door hatchback, less than 14-feet long yet with the interior space of a midsize car. Chevrolet argues that it is tall enough to be a crossover SUV, though it has front-drive and no all-wheel drive. The feds classify it as a small wagon. 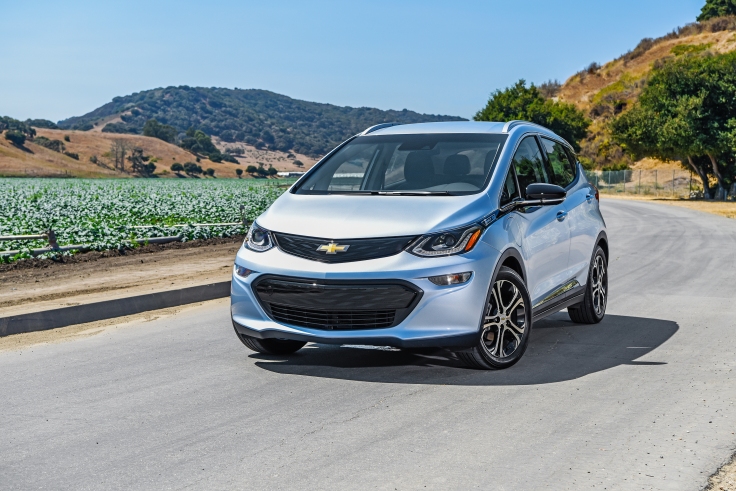 Never mind. It carries five passengers with plenty of room for four big adults and a fifth in the center rear, although that person suffers with a hard cushion and intrusion from the front console.

The Bolt’s strength lies in its powertrain. It uses an electric motor that delivers 200 horsepower and 266 pound-feet of torque. It is fed by a 60-kWh battery pack that nestles under the front and rear seats and is an integral part of the body structure.

The combination enables the 3,563-pound Bolt to travel an average of 238 miles when fully charged. Some drivers will do better, some worse. A display tells how the driver is doing. For this review, a varied run of about 50 miles produced 3.9 miles per kWh, which worked out to 234 miles of driving.

The EPA rates the Bolt at the city/highway/combined fuel consumption equivalent of 128/110/119 mpg-e.

That doesn’t tell the entire performance story. Electric motors deliver maximum torque, or twisting force, the instant they are switched on, eliminating the need for a conventional automatic transmission. On the Bolt, the electronic shifter signals the electric motor on how to behave.

The Bolt bolts to 60 mph in 6.5 seconds, according to Chevrolet. Top speed is 92 mpg, though the tester bettered that slightly at 93.

Straight-line highway cruising is quiet and effortless as the Bolt tracks true without many steering corrections. It handles smartly, with barely any body lean, on twisting mountain roads. Throttle response is instant.

The Bolt also is set up for single-pedal driving. It has a regenerative system that, on deceleration, sends power to the battery pack. That happens constantly.

Because the regeneration switches off when you mash the brake pedal, the system is designed to let the driver use the Low range or the paddle, or both together, to bring the Bolt to a stop without touching the brake pedal. It takes a bit of practice but maximizes the range.

Full recharging with an optional 240-volt charger takes about 9.5 hours. With a standard household 120-volt outlet, a full charge takes 59.5 hours, or four miles per hour. An overnight charge of 15 hours delivers 60 miles of range. The battery carries an eight-year, 100,000-mile warranty.

There are two Bolt versions: the tested LT, with sturdy and comfortable cloth upholstery, has a base price of $37,495. The tester had options packages with such items as heated seats and steering wheel, and auto-dimming headlights, which brought the tested price to $38,640.

Top of the line is the Premier, with a base price of $41,780, including the destination charge. With its two options packages, it comes to $42,760.

However, Chevrolet points out that the Bolt qualifies for a $7,500 U.S. tax credit, plus whatever incentives are available from state and local governments. However, a tax credit is something that is part of an individual’s tax return. It is not money refunded at the point of sale.

Some might argue that an extended range electric or plug-in hybrid with an onboard gasoline engine—like Chevrolet’s own Volt—makes more sense. But if a pure electric is your preference, the Bolt is the way to roll. 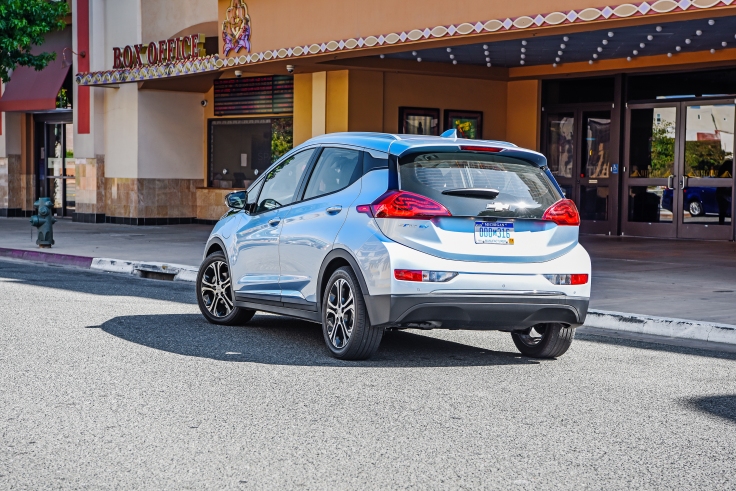