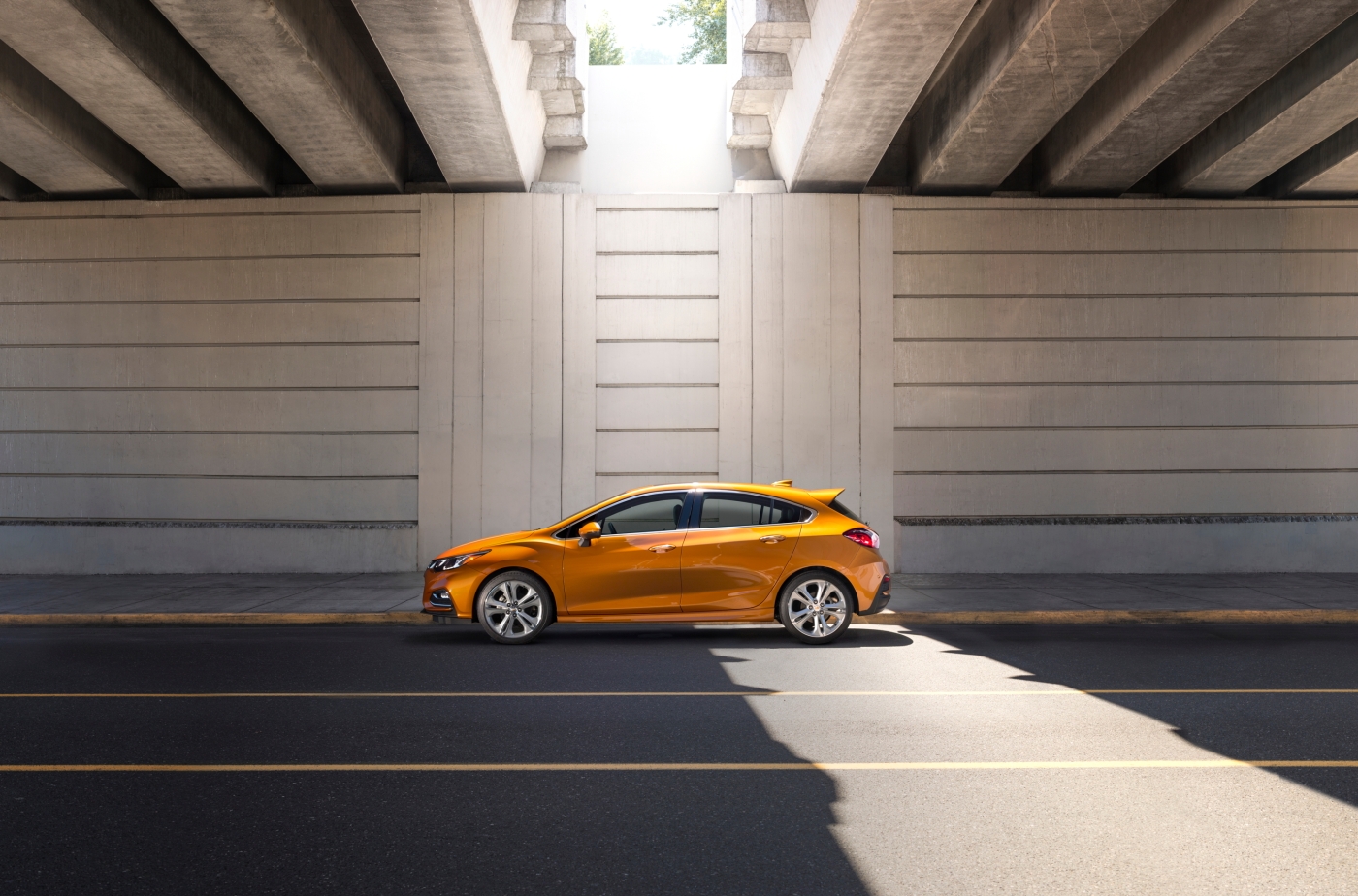 What once was a slur of contempt now has become a badge of acceptance, as the 2017 Chevrolet Cruze Hatchback can confirm.

Not long ago, hatchback was a dirty word—at least as far as most U.S. consumers were concerned. They overwhelmingly preferred traditional sedans with trunks, though the practical hatchback body style was popular in Europe and other areas around the world.

Hatchbacks actually did fairly well on these shores in a surprising number of iterations once you investigate. But manufacturers shied away from calling them hatchbacks. Somewhat the same thing happened with station wagons, which once ruled the American roads along with big Detroit sedans.

A few manufacturers soldiered on steadfastly with their hatchbacks, notably Volkswagen’s Golf. Others, like the Mazda3, Toyota Yaris, Nissan Versa and Ford Focus, came in both hatchback and traditional notchback sedans.

Luxury Europeans BMW and Mercedes-Benz tried hatchbacks like the 318i and C-Class, and then dropped them. In recent years, though, more hatchbacks have been sneaking through. Among them: Fiat 500, Ford Fiesta, Chevrolet Sonic and Spark, Hyundai Accent and Elantra, Kia Rio and Forte, the former Scion xA and xD, and Subaru Impreza.

Now there’s a new atmosphere, aided immensely by the runaway popularity of small crossover sport utility vehicles, most of which are tall hatchbacks with a choice of front-drive or all-wheel drive.

It now has gotten to the point where manufacturers no longer are ashamed to embrace the once dreaded hatchback designation. The two most notable contenders for 2017 are the Honda Civic and the subject here, the 2017 Chevrolet Cruze Hatchback LT four-door.

The Cruze, as a four-door sedan, succeeded the undistinguished and forgettable Chevrolet Cavalier and Cobalt compact cars. Introduced as a 2009 model, the Cruze has found increasing acceptance and, in 2015, had 226,602 U.S. sales, in third place behind the Toyota Corolla and Honda Civic.

Sales have dropped off in 2016 but the new Hatchback models are poised to give the Cruze some newfound popularity as buyers appreciate the advantages of well-designed hatchbacks.

There are two versions, both with options packages that further distinguish them: the tested Hatchback LT with the RS appearance package, which starts at $22,115, and the top-line Hatchback Premier with a starting price of $24,820.

The Premier comes with a six-speed automatic transmission as part of the standard equipment. With a full set of option packages, it tops out at $29,465. So equipped, it resembles a near-luxury car with a high-quality interior slathered in leather and state-of-the art safety, connectivity and convenience features.

But you can get the same fundamental good stuff in the tested Hatchback LT with the RS appearance package, which is distinguished by a different grille, rear spoiler and other body treatments.

You’ll have to forego some of the luxury, infotainment and entertainment items, but you’ll sit in comfortable and supportive seats upholstered in quality cloth for a way-lesser tested price of $22,965. The base price is $22,115.

The basics, which are the same in all Cruze models, include a 153-hp 1.4-liter four-cylinder engine that delivers 177 lb-ft of torque and city/highway/combined fuel economy of 28/37/32 mpg with the either the six-speed manual gearbox or the optional six-speed automatic transmission.

Interestingly, the Cruze Hatchback LT is priced almost the same as the 2017 Honda Civic Sport Hatchback. The two cars have nearly the same passenger and cargo space, but the Civic is more powerful with a 180 hp 1.5-liter turbocharged engine with 177 pound-feet of torque and 30/39/33 fuel economy.

Both cars come with comfortable cloth seats. However, the Cruze LT has a more extensive level of equipment, including SirusXM satellite radio, a 4G LTE Wi-Fi hotspot and Chevrolet’s OnStar connectivity with automatic crash notification and turn-by-turn navigation.

The main thing distinguishing the two is that the Civic is more sporting and driver oriented while the Cruze is softer and better appointed. Its manual shift linkage and clutch are not quite as slick as the Honda’s, but they work well – and you won’t notice much difference unless you compare the cars together.

Both have handsome exterior styling but different approaches. The Civic has a sloping body that resembles a modern sedan while the Cruze has a distinct hatchback look.

Chevrolet’s culture no longer tolerates ordinary cars destined for rental fleets. Two examples are the new Malibu, a midsize standout, and the Impala, selected by Consumer Reports as its top pick among large cars.

The new 2017 Chevrolet Cruze Hatchback rolls easily into that parade. 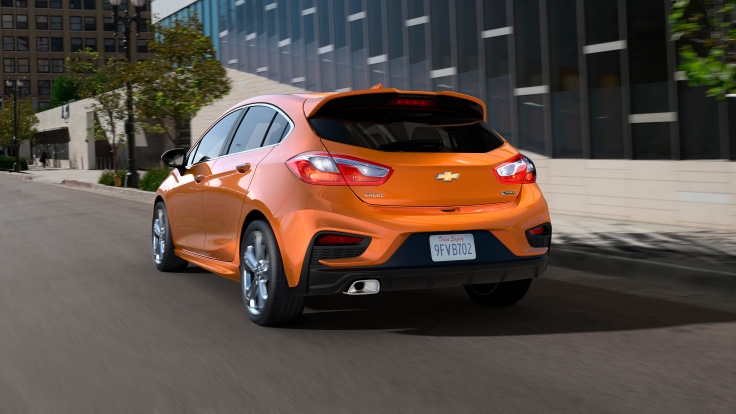