The Grand Tour, Episode One – A Review 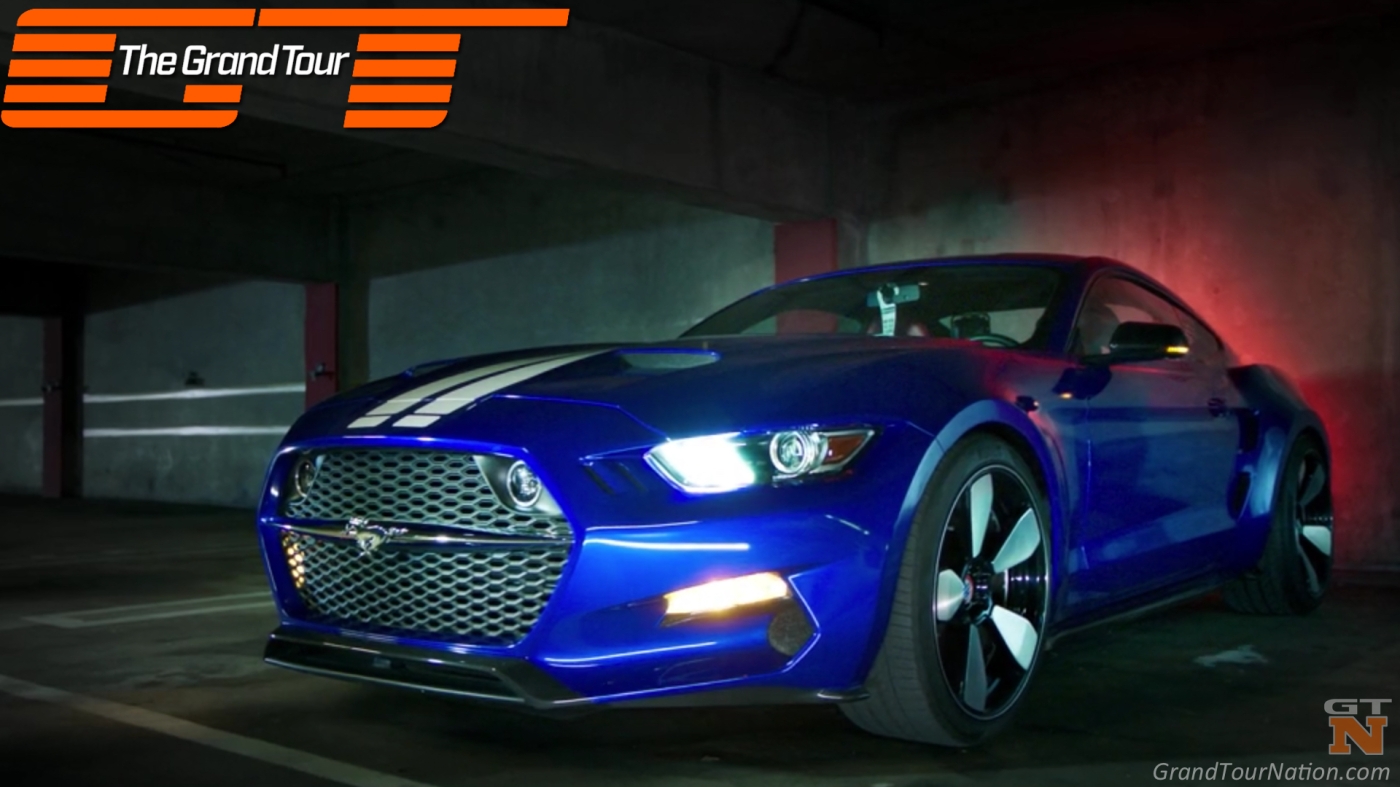 From the opening sequence, with Jeremy Clarkson departing the BBC and London in the rain, and arriving in Los Angeles, it’s evident that there’s more life left in the Top Gear team and their formula. The Grand Tour, the new motoring series currently streaming on Amazon Video, is hosted by Jeremy Clarkson, Richard Hammond and James May, the three former hosts of Top Gear, the most successful television series in the history of the world, with a global audience north of 400,000,000 at its peak. The Grand Tour is executive produced by Clarkson’s longtime collaborator and Top Gear co-creator Andy Wilman. Like their first venture, this new one is not really a motoring show – it’s a buddy road comedy that uses cars and the automotive world as a canvas for mischief, mayhem, comedy, and the search for the meaning of life.

Full disclosure: Back in 2008, Andy Wilman hired me to create and serve as executive producer on an American version of Top Gear for NBC, to be hosted by Adam Carolla, Tanner Faust and Eric Stromer. We finished just in time for the economic meltdown and the pending bankruptcy of the three major automobile companies. Wilman paid me the highest compliment when he saw our pilot episode (which he helped make, of course) when he said we had succeeded in making not a clone of Top Gear, but a true American version. To this day, it is still one of the saddest close-calls I’ve had as a television creator.  The other bit of disclosure is that I was the executive producer of Season Two of Richard Hammond’s Crash Course for BBC Worldwide and BBC America, and had the pleasure of spending eight weeks traveling across America with Richard, while he learned to be a cowboy in Texas, drive a cab and do stand-up comedy in New York, build a helicopter in Torrance, wrangle snakes in Los Angeles, and work as a bicycle messenger in San Francisco, among other experiences. 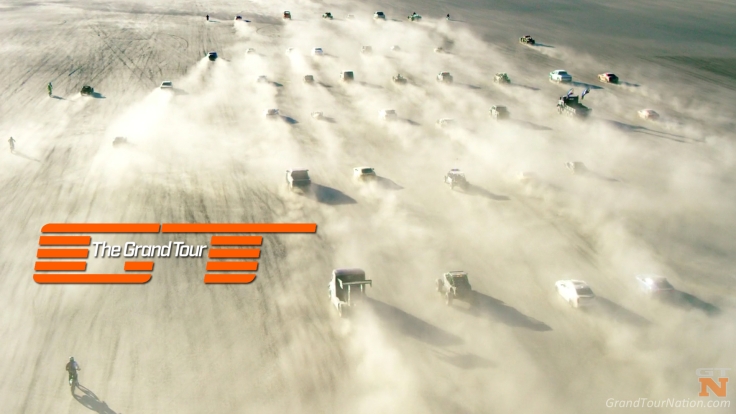 What is also evident is the attention to detail in every aspect of the production (a Wilman hallmark). The show begins with Clarkson walking through a lonely garage toward his rental car. The overhead fluorescent tubes flicker on and off until he comes upon the Rocket – a modified Mustang – and takes off for the desert.  As the rest of the opening sequence unfolds, it becomes obvious that anyone who was expecting more of the same (or less of the same) was sorely mistaken, as the scope, the verve, the out-and-out joy that everyone brings to the new series is abundantly on display.

If you watch the series on your laptop, informational sidebars called “x-ray” are available in the form of white type on the left-hand side of the screen, adding an additional layer of detail.

I was fortunate enough to be invited by Wilman and Hammond to attend the taping of the first episode. It was illuminating to see how a seemingly unlimited budget can be spent – to good effect. Having seen the taping in person – and having enjoyed it immensely – it was a blast to watch it all come together at home. 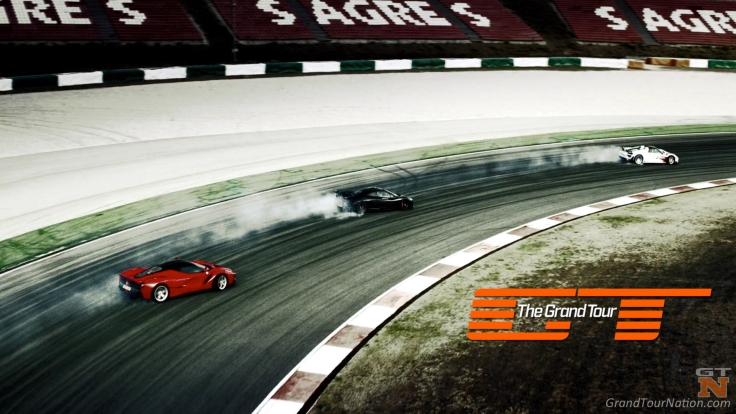 The first part of the set piece is long, though it doesn’t feel it – nearly 14 minutes in a classic Top Gear shoot out, where each host takes a car – in this case, the La Ferrari vs. the Porsche 918 Spyder vs. the McLaren P1 – all hypercars of the highest order combining internal combustion with electric motors and all 200+ mph examples of the latest technology.

For viewers used to watching Top Gear on BBC America with constant commercial interruptions, it’s a pleasure watching the show without the intrusion of advertisements, and the “x-ray” feature along the side is fun to use for the added details.

After Clarkson and Hammond have a bit of fun with May in a desk bit, it’s back out to a taped segment, where Clarkson reveals their new test track while putting a BMW M2 through its paces.  I won’t reveal his take on it – a “no-spoiler alert” of sorts.

And instead of the Stig – a classic Top Gear component – the test driver they’ve tapped is American former NASCAR driver Mike Skinner, who is awesome in this first episode.  The lap time goes up on a board comparing it to other cars, as in the original Top Gear. 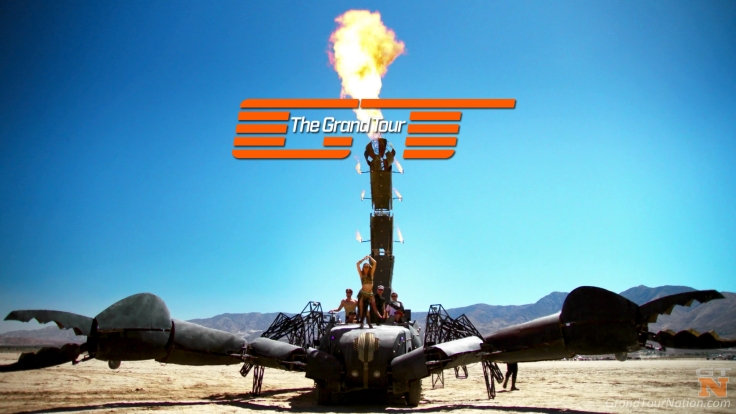 There’s another funny bit with the audience.  and then another audience bit – The Grand Tour’s take on “Star in a Reasonably Priced Car” – that I won’t reveal, because it’s well worth seeing yourself.  It’s a brilliant approach that will be fun to watch as the season unfolds.

Then it’s back to the main set piece: The hypercar shoot-out.

As they wrap up the episode in the studio, the thing that stands out – as my friend Todd Wertman, car lover/expert noted, is the enthusiasm of the presenters themselves. Far from being jaded, or over making television shows, or phoning it in, they appear to be having more fun than ever before – which means those of us watching do, too.

And in an interesting approach for an online platform like Amazon, the episodes are NOT all available at once for the ultimate horsepower binge – The Grand Tour is being rolled out one at a time, one a week, like a regular television series.

And like plenty of people out there, I’m looking forward to the rest of the season. 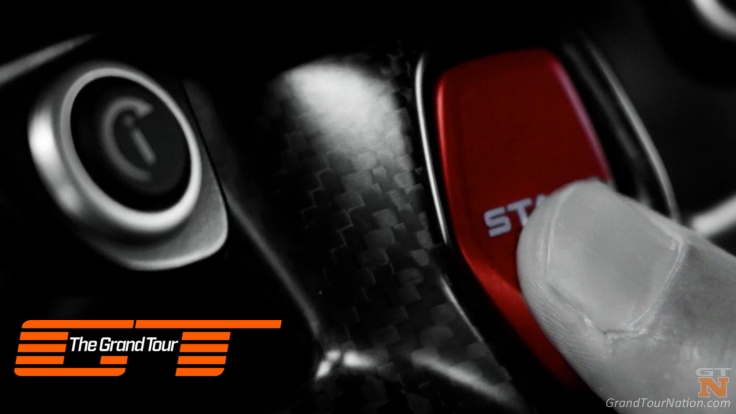