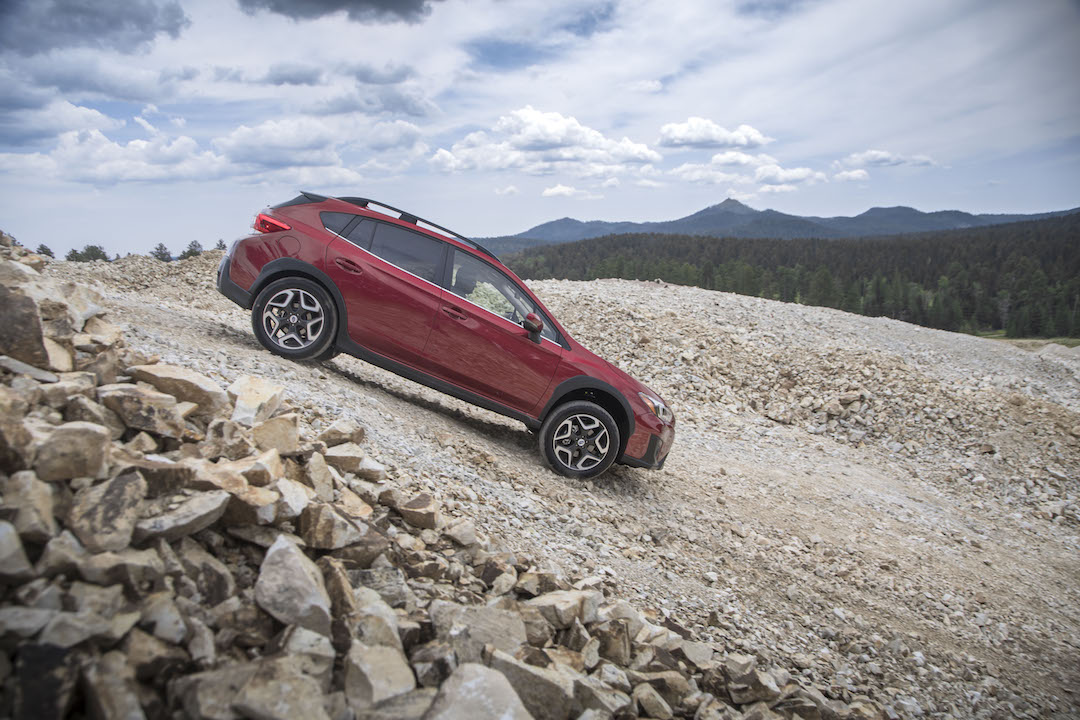 With a reservoir of affection from loyal fans, the 2018 Subaru Crosstrek boosts the Japanese company’s relentless climb up the staircase to automotive nirvana.

Few vehicle manufacturers have been as successful as Subaru since industry sales tanked in the 2007-2009 recession. When other nameplates sagged and struggled, Subaru surged. Starting in 2008, its sales increased every year until they reached 615,132 in 2016.

In 2012, Subaru introduced the Crosstrek XV, a small crossover sport utility vehicle based on the same platform as the Impreza sedan and hatchback. It, too, has succeeded with sales up every year since, reaching 99,677 in 2016. 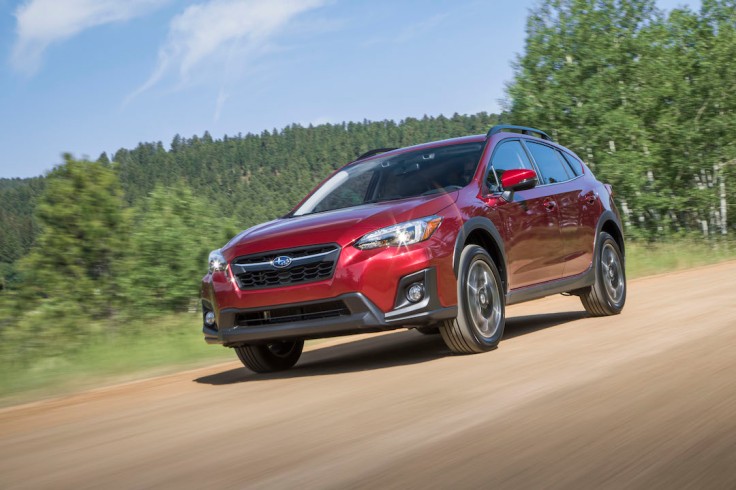 Subaru insiders credit a chunk of the success to an epiphany that many owners loved their cars for their durability and reliability, and expected them to last a long time. The company morphed those sentiments into advertising that equated ownership with love.

Crossovers like the Crosstrek are generally described as SUV-like vehicles built with unit bodies like cars, where traditional SUVs are built like trucks with body-on-frame construction. Usually, crossovers have front-wheel drive or all-wheel drive but all Subaru cars and crossovers, with the exception of the rear-drive BRZ sports coupe, come standard with all-wheel drive. 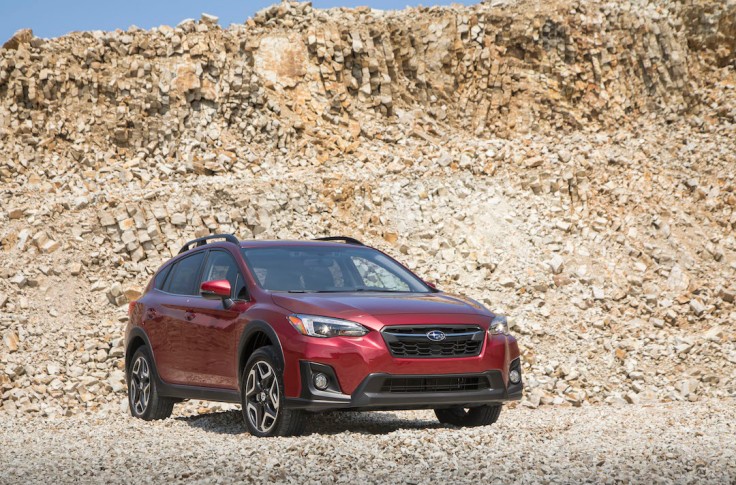 As newer compact and subcompact crossovers threaten to engulf the marketplace, the 2018 Crosstrek (the SV designation has been dropped) is positioned to expand its reach as well.

In concept and size, the new generation Crosstrek is the same as the original, which made its debut as a 2013 model. But the 2018 is built on an all-new platform that will be used for Subaru vehicles world-wide and, according to company officials, it is 95% new with 80% new parts and a 70% more rigid structure.

A test drive fortified the claim. Though the original Crosstrek was a modestly capable vehicle, it did not have an overall aura of substance. In contrast, the new car has a rigid, solid feel. The steering, suspension system and tires contribute to confident handling and stable straight-line tracking. The Crosstrek also employs torque vectoring, which adjusts wheel speed in cornering. 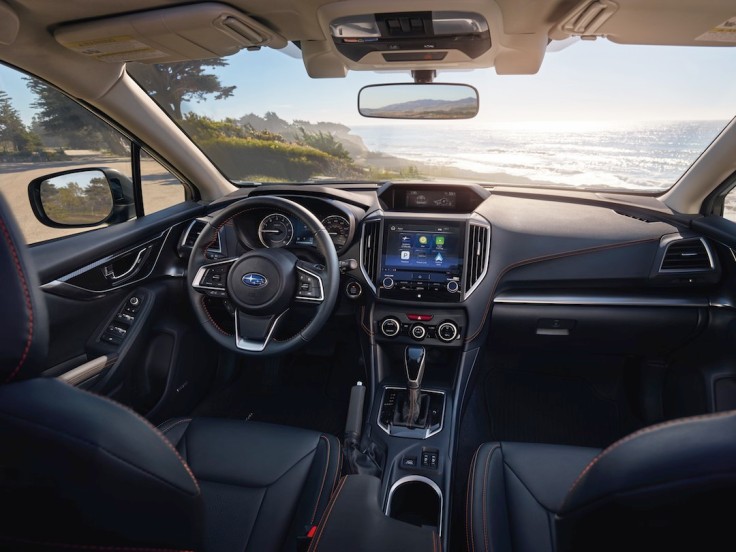 The weak point is the power train, which despite a new 152-hp 2.0-liter horizontally-opposed 4-cylinder engine, does not differ much from the 148-hp engine in the original Crosstrek.

With a horizontally opposed engine, also referred to as a boxer or flat engine, the cylinders lie supine on both sides of the crankshaft instead of leaning or standing upright as on V or in-line engines. The squat design results in a lower center of gravity for better control.

The Crosstrek’s relaxed power is not as noticeable with the continuously-variable automatic transmission (CVT) as with the 6-speed manual gearbox. 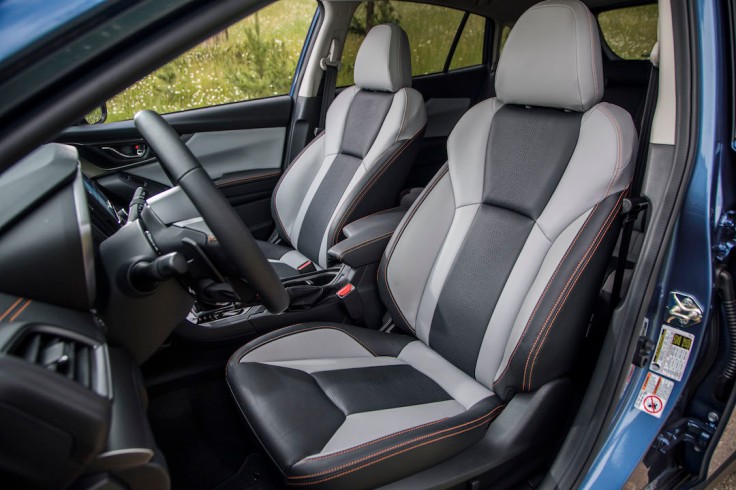 On modest uphill highway stretches with the manual transmission, the driver often finds that downshifts to as low as third gear are required as the engine struggles to supply enough power. It’s as if the drivetrain were designed to maximize fuel economy over performance.

The power shortage is not nearly as noticeable with the CVT, which uses belts and pulleys to seamlessly adjust engine revolutions as needed. There are two CVT versions. On lower trim levels, the CVT adjusts to enhance acceleration and off-road performance. On the Limited model tested here, the CVT came with a computerized 7-speed manual-shift mode controlled by paddles on the steering wheel.

Although the Crosstrek is not designed as an all-out boondocks buddy, it does have enough ground clearance and capability to handle some off-road territory, as well as delivering confident performance in snow and other foul weather conditions. 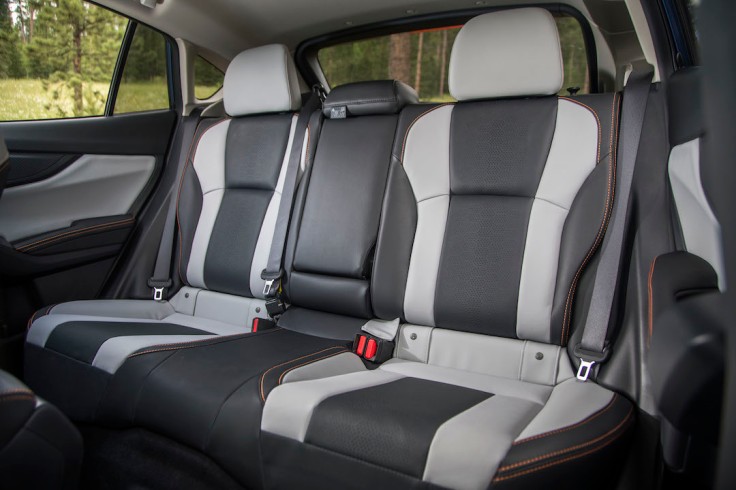 With the manual gearbox, the all-wheel drive system distributes power 50-50 to the front and rear wheels. If slippage occurs, it automatically transfers the power to the wheels with the most traction.

On CVT equipped models, the system automatically adjusts the torque distribution based on available traction, acceleration and deceleration. There’s also a hill-descent control to maintain traction at low speeds downhill. 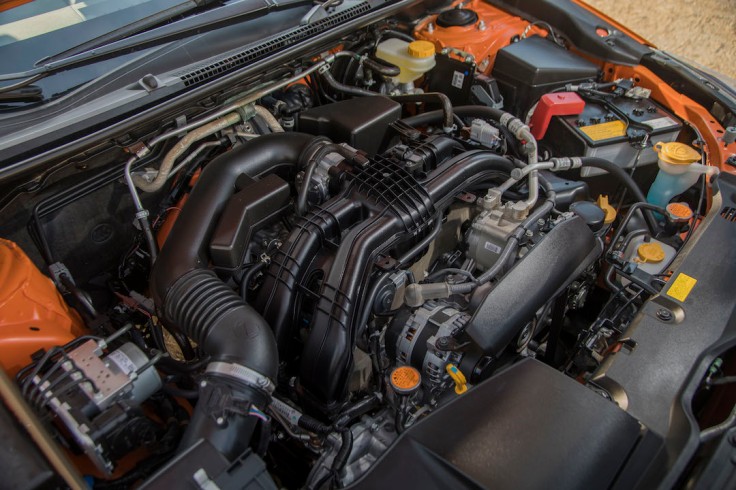 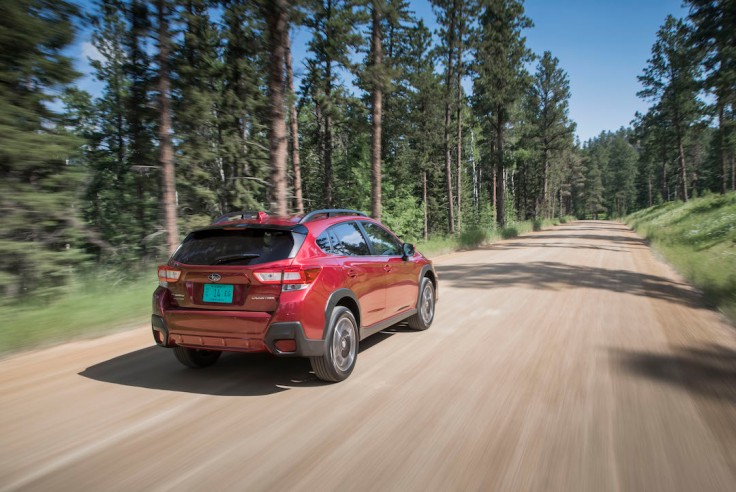 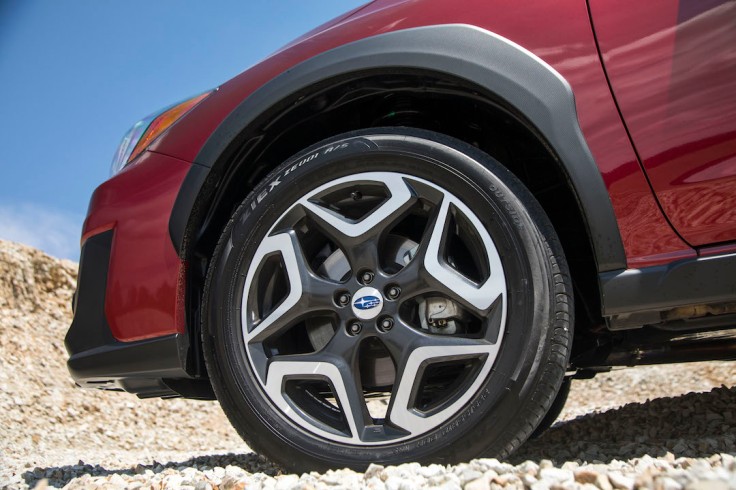