As it demonstrates again with the 2016 Subaru WRX sports sedan, Subaru continues to refine the art of automotive alchemy—taking base metal and crafting it into something more valuable.

The Japanese company has practiced that magic almost since it started selling cars in the USA. With the WRX, Subaru has crafted a rude, ripping sports sedan from its compact economy car, the Impreza.

That’s par for the course. Back in the 1970s, Subaru wanted to market the Brat, a small pickup truck. But it faced the so-called chicken tax, a retaliatory US tariff on foreign pickup trucks.

So it designed a couple of small bucket seats and mounted them in the cargo bed. The Brat qualified as a passenger car.

Earlier, Subaru had committed to the horizontally-opposed engine, in which the cylinders lie flat, feet-to-feet, on both sides of the crankshaft. It was a design that had been proven in millions of Volkswagen Beetles and microbuses.

Horizontal engines, also called “boxer” or “flat” engines, allow a lower center of gravity for better handling. But they also make it easier to add all-wheel drive to a front-drive car by running a driveshaft off the back of the engine for the rear wheels. 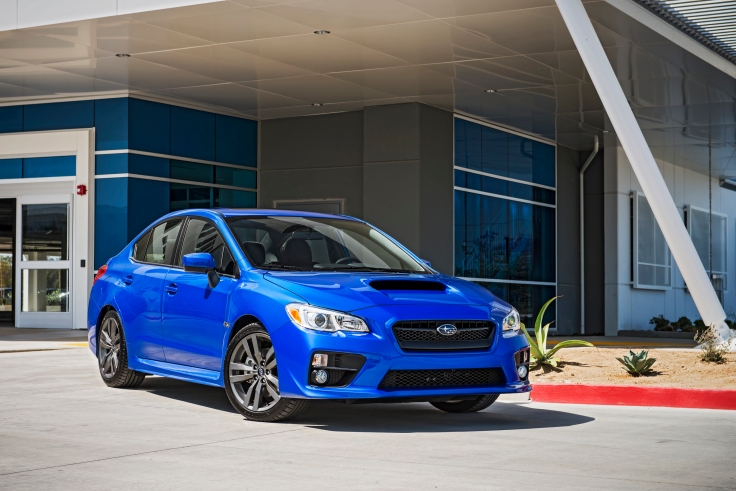 Today, all Subaru vehicles are powered by boxer engines and, except for one model, come standard with all-wheel drive. The exception: the BRZ rear-drive sports coupe, developed with Toyota, which sells it as the FR-S. The only other auto manufacturer that installs boxer engines in some of its models is Germany’s Porsche.

When other manufacturers spent many design dollars to meet a developing demand for SUVs, Subaru responded by jacking up and repurposing its Legacy midsize station wagon as the Outback crossover SUV.

The same happened with its compact Impreza, which was the starting point for the WRX and the WRX STI sports sedans, both of which are the result of Subaru’s automotive alchemy. The most aggressive is the WRX STi, which this column in 2015 anointed as the best Subaru ever.

But the regular WRX, though not as powerful and less expensive, is no slouch—and in fact easily fills the bill for many enthusiasts.

Now available only as a conventional four-door sedan (the hatchback version is gone), the WRX gets its motivation from a 268 hp, 2.0-liter turbo four-cylinder boxer engine, which delivers 258 lb-ft of torque. It is available either with a six-speed manual gearbox or a continuously variable automatic transmission (CVT).

In the current automotive climate, CVTs are routinely bashed by critics who do not like the fact that there are no shift points. A CVT multiplies torque with a setup of variable belts and pulleys. In some installations, there’s a sensation that the transmission is slipping, especially under hard acceleration.

But the WRX uses computer software to give the driver three selectable driving modes: Intelligent, Sport and Sport Sharp. The Intelligent setting is calibrated for economical daily driving and feels sluggish off the line with engine droning sounds and vibration at low rpms.

Better to select Sport or Sport Sharp, either of which is way cool. In Sport, as soon as you get 30% into the throttle, the automatic transmission switches to a six-speed stepped shift mode. You also can shift for yourself using the paddles mounted on the steering wheel.

Move to the Sport Sharp position and suddenly you have an eight-speed automatic transmission at your beck and call. It also will step shift automatically or you can select your gears manually with the paddles. It’s all in the software and contributes substantially to the WRX’s sporting personality. Both the Sport and Sport Sharp modes also quicken throttle response.

Combine all that with the WRX’s chassis rigidity and taut suspension system, and you experience a borderline punishing ride on all but the smoothest surfaces. But add the accurate steering, yaw control and torque vectoring for the all-wheel drive, and the payoff comes in responsive handling on twisting roads that can put a grin on the face of the most serious grouch.

New to the WRX this year is Subaru’s EyeSight, a crash prevention system that is integrated with adaptive cruise control, lane keeping assist and pre-collision braking. On the tested Limited model, the system included “steering responsive” fog lights, which provide additional illumination going around corners. The package also includes an electronic parking brake and a hill holder to keep the WRX from rolling backward on an incline.

This one’s a keeper. 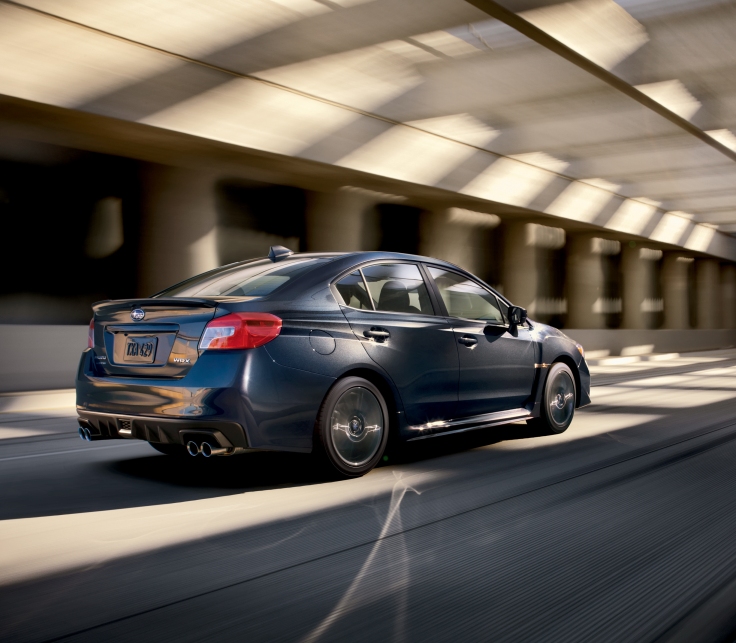