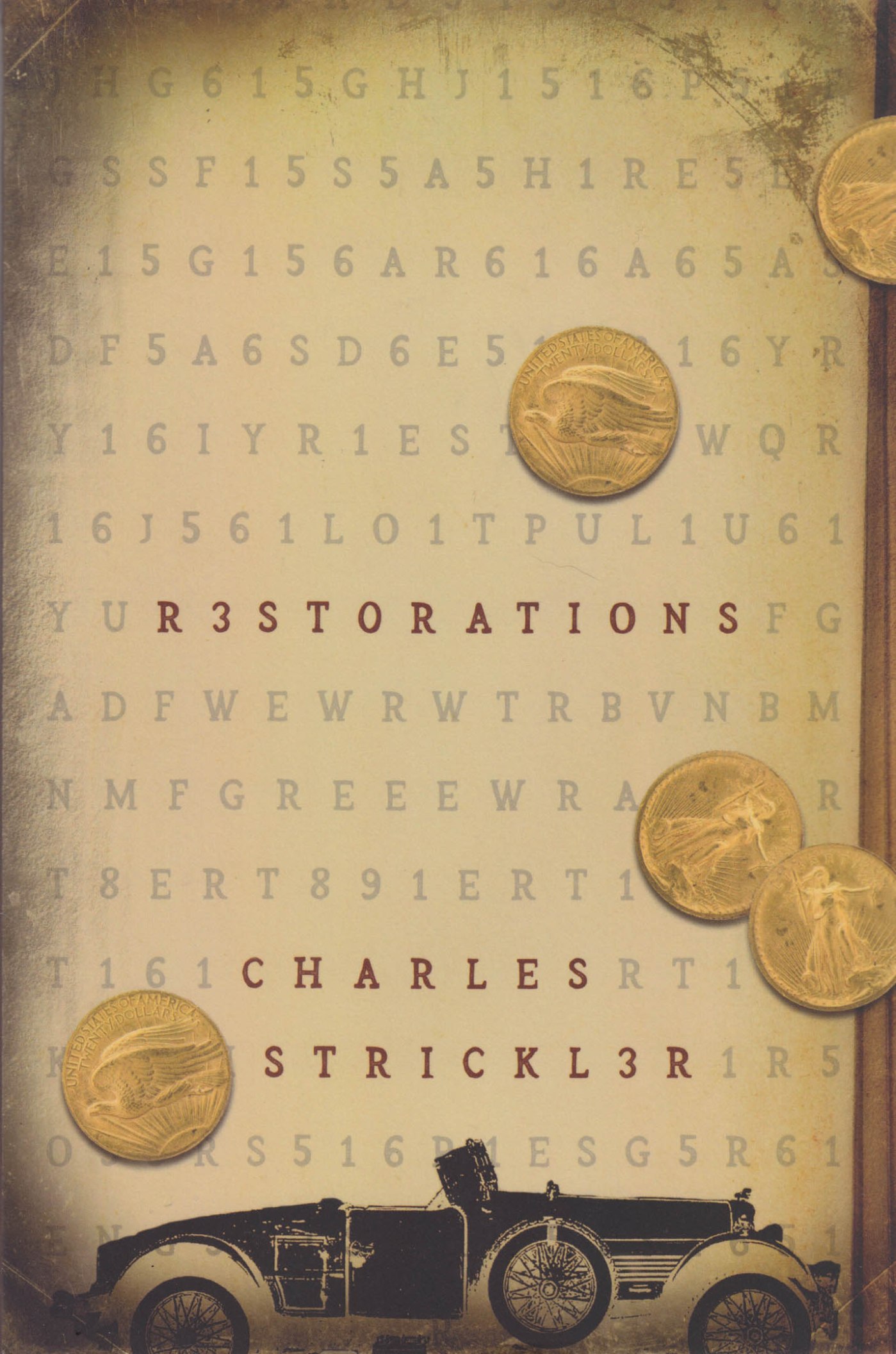 A lot of car and motorcycle-related books cross my desk. Most are non-fiction, either historical accounts of significant events, biographies of major industry figures, memoirs of drivers, mechanics or restorers, detailed tributes to brands or models, or elogies to bygone marques. Occasionally, I’ll receive a novel set in and around the automotive world – and I eat those up.

The pitch for Restorations by Charles Strickler (March 20, 2019, Koehler Books) caught my interest. It was billed as “a fast-paced thriller that puts the pedal to the metal from page one,” centering around a 1928 Stutz Black Hawk Boattail Roadster. Okay – I’m in.

The story begins with a brief prologue detailing a failed 1930 bank robbery in Decatur, Illinois, and a criminal named Lefty Webber. Flash forward to Spring 2018 in Wachau, North Carolina to meet our main character, Miles West. He’s a man at the bottom of an emotional well. The recent death of his beloved wife, followed closely by the demise of his parents, has left him bereft. He’s left his high-powered Wall Street job and returned to the family farm in North Carolina to recover. A kind elderly neighbor coaxes Miles to attend a local estate auction, where he is stricken by two beauties: Auctioneer Bramley Ann Fairchild, and a 1928 Stutz barn find. He makes the winning $60,000 bid for the car, narrowly beating a phone bidder who claims to have had an equipment malfunction during the final call. Miles has the car transported to his farm to begin restoration, and Bramley volunteers to help research the car’s provenance.

That’s when the adventure begins. Turns out the phone bidder represented an aging New York City mob boss who has been searching for this specific Stutz for decades, because of secrets that it might conceal relating to the bank robber, Lefty Webber. Miles and Bramley become entangled in a high-stakes game of cat-and-mouse that leads across the Northeast and into New York City.

During the course of the chase, Miles proves to be incredibly brave and resourceful, and Bramley is a willing accomplice to his plans. Some of the plot machinations are difficult to swallow, as Miles takes incredible risks despite the involvement of the authorities. Certain late revelations and unlikely coincidences strain belief, but the fast pace of the action fit the genre.

Dialog is not Strickler’s strength, as the conversation between characters is a bit stilted and expositional. The main characters are reasonably well-drawn and likeable, if a little too pure and good to be believed, while the antagonists are suitably menacing, if somewhat two-dimensional.

As a car guy, I was a little disappointed that the Stutz is a MacGuffin in this shaggy dog story, just a plot device to set off the action. At least the car is accurately described, and suitably rare to serve its purpose.

The pitch I received said that Restorations would appeal to fans of Steve Berry, Douglas Preston and Lincoln Child, and that may be true. I’d encourage Charles Strickler to shoot a little higher – those authors are all capable of churning out page-turners, for sure, but they all suffer from similar weaknesses in characterization, dialog and convenient plot twists. I’m looking for a little more literary merit in my thrillers, and a little more car involvement in my automotive-related stories.